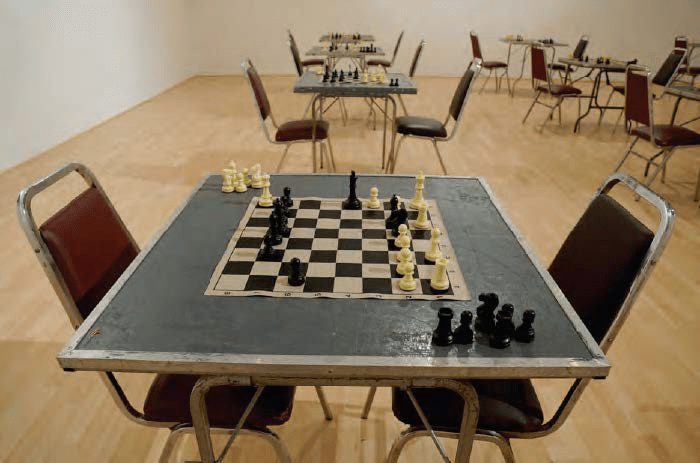 Using absurdity as a strategy to entangle his viewer, Wilfredo Prieto disrupts the public space or gallery through objects and interventions, which combine humor with critical reflection on the sociopolitical reality. He estranges the objects from their initial function or natural form by introducing them into a different context or transforming the object itself with a poetically minimalistic outlook.

Based in New York, and also occasionally in Habana, Prieto considers his artworks to be more about the idea behind them than their physical existence. Wilfredo Prieto is like a master magician who uses the simplest gestures to amaze us. “My ideas come, I think, from everyday experience,” Prieto explains, “and I think my work as an artist isn’t really to create these ideas but to grab at them. They are floating in the real world, like clouds. They are just there; anyone can see them and pick them up. They belong to everyone, you see?”[1] He tampers with the ordinary until it becomes unlikely but not entirely impossible. As for the meaning of his art pieces, he is typically generous with clues but prefers to leave the detective work up to the viewer. Most of the time, the missing elements in Prieto’s work are obvious, in a what’s-wrong-with-this-picture sort of way.

Prieto was born in the Cuban province of Sancti Spíritus in 1978, a decade after Duchamp’s death. He moved to Havana to pursue his art studies at the famed Higher Institute of Fine Arts (ISA), graduating in 2002. Although Prieto initially trained as a painter, his work eschews classification within a specific medium. “It’s very strange because I got my university diploma as a painter, and I haven’t painted anything for, like, the last 10 years. I think there’s some really interesting painting in the world today but for me it doesn’t make much sense. I mean, I’m looking for ideas, and ideas offer me a medium, and this medium keeps changing depending on the particular idea or the concept I’m working on. I never get too attached to any one way of working.”[2]

While some of his projects are very technically ambitious, the majority of his actions and gestures occupy extremely subtle territory, inviting a certain distancing from everyday experience. Appropriating from the world around him, the artist uses what is at hand to give form to radical, precarious and fragile gestures. His ideas, which function as open metaphors or narratives, are translated into the language of familiar objects and materials. Standing against contemporary society’s oversaturated, frantic rhythms, Prieto proposes communicating with the essentials: even when it risks going unnoticed, the simplest thing can often be the most compelling.

Prieto’s delicate interventions release them from their quotidian identities, turning them into utterly intoxicating sculptures. Prieto’s works usually consist of mundane everyday objects whose arrangement he does not seem to devote a great deal of attention to, as is demonstrated for instance in Twelve Deaths (2012), by twelve chess boards displaying twelve different check-mate positions. 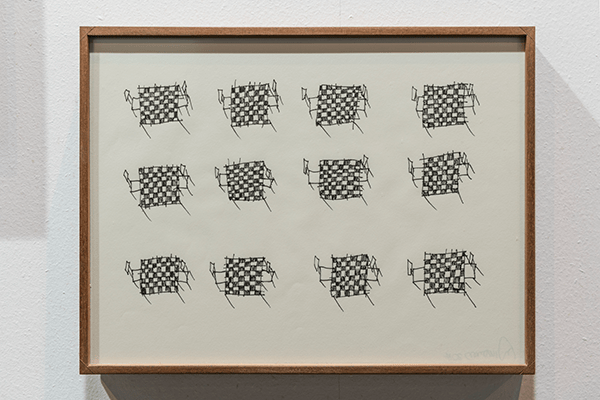 Over the past two decades, Cuban artist Wilfredo Prieto has earned a reputation as a “superminimalist” for his ability to tease out the sublime in ordinary –and often overlooked– objects such as fruit, coins, liquids, matches or even chessboards qua the installation at Sala de Arte Público Siqueiros in 2012.

Adrastus Collection’s Twelve Deaths (2012) was part of the exhibition Leaving something to chance, a project by artist Wilfredo Prieto (1978), which explores the process as an quality of creation. Without the direct intervention of a curator, Prieto prioritizes the workshop over the gallery, as the space generator of ideas. The exhibition was an exercise in which the traditional roles of the museum are challenged to emphasize artistic production. Although the studio is not part of the exhibition, Prieto moved his creative factory to the museum –a gesture that enables the institution and the general public to become active participants of the artist’s work. By exhibiting a different project daily, Leaving something to chance pointed to the dynamics that foster artistic and museological discourses. Testing the critical nature of the curatorial practice, all the latest productions will be presented to the public with its respective formalities, while altering the production and diffusion processes of the institution. Prieto includes the audience in the deconstruction of the cannon to suggest how the meaning of art involves a collective process. 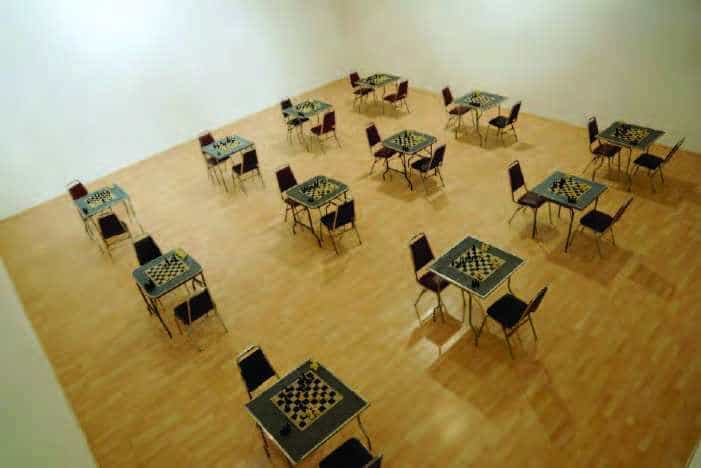 Characterized by an almost shocking simplicity, Wilfredo Prieto’s sculptures and installations function as tools for exploring social and political issues with a poetic sensibility. His work questions the underlying structures of contemporary culture and reflects on consumption, society, and thought systems themselves.