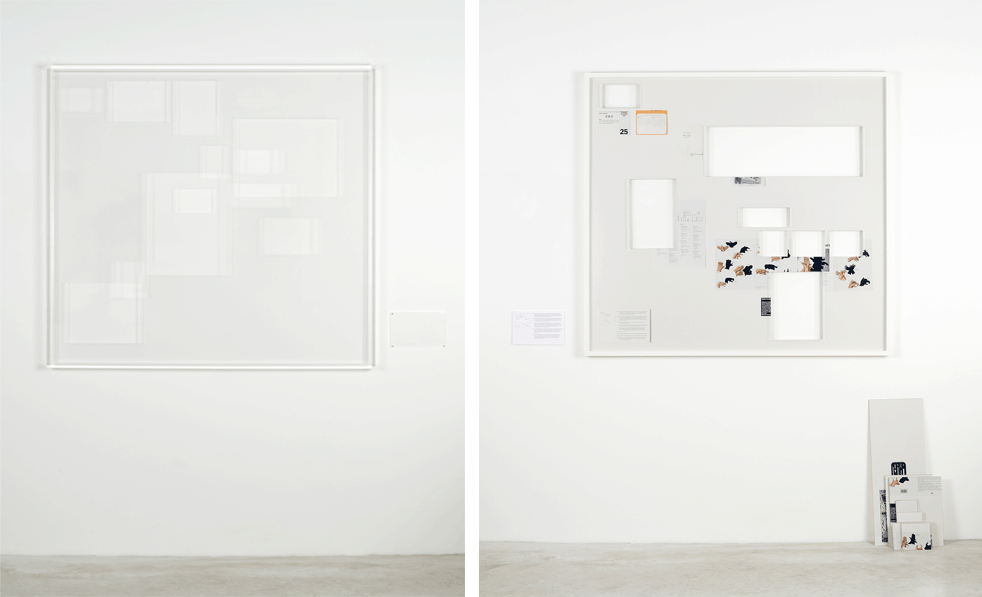 Ryan Gander is typically described as a conceptual artist through his pluralistic body of artworks that materializes in many different forms, ranging from sculpture, apparel and writing to architecture, painting, typefaces, publications and performance. He masters the art of storytelling through this immensely complex, yet subtly coherent body of work. He also is a committed educator, teaching at international art institutions and universities, writing and participating television programs on and about contemporary art and culture for the BBC. However, Gander prefers to refer to himself as ‘a sort of neo-conceptualist, Proper-“Gander”-ist, amateur philosopher’. He applies this through his creative and associative thought process that connect everyday life and the esoteric, the overlooked and the commonplace. Gander’s work not only involves a questioning of language and knowledge, but also a reinvention of the modes of appearance and creation of an artwork that we have seen in the past such as the common practice of collage.

Adrastus Collection is proud to have two artworks from Gander’s Associative Ghost Series: #8 & #22. Through visualizing a reinterpretation of collage, he creates new meanings and cultures a technique that allows to be navigated in new ways. Gander has further elaborated on this:

“I think that collages have permanence in their associative logic – i.e. the use of glue in the collision of meaning – so juxtaposition is fixed. Associative photographs use pins, sticky tape or Blu-Tack, there is purposely a shadow around each article to suggest a temporality. The idea is that the spectator is allowed to daydream about meaning, to resist closure, and to increase possible associations with things in the images or in your own imaginative-archive.[1]”

Much of this imaginative archive has been explained as Ryan Gander as he has been giving shape to the processes of associative thinking for some years. [2] In particular he photographs cork pin boards on which research documents are positioned in relation to one another. In another series, the elements photographed are cut out of the frame by laser and placed on the ground. His Associative Ghost Template #8 (2009) mark a new stage of development where the documents are shown in the form of their empty outlines. The contours, cut out of overlaid sheets of Perspex, show up as changes in transparency, and merge between the layers. Attention is drawn to an absence, an immaterial presence. Moved out from the exhibition to which they belong, these works appear unexpectedly, like ghosts in another exhibition. Neither listed nor announced, they are the odd ones to be spotted out.

Associative Ghost Template #22 (2009) is a wall-hung work that comprises two layers of laser-cut Perspex, each punctured by apertures of various rectangular shapes in various different sizes. Each layer of Perspex is then made into a collage, and the laser-cut openings allow the size and location of the objects originally used in the collage to be seen. It is one of a series of works that has been collected by various international museums, such as the Tate Modern in Britain. According to the Tate, this series alludes to invisibility and loose associative methodology, both recurring issues in Ryan Gander’s work.[3] Gander encourages the imaginative possibilities created as the human brain struggles to find a connection between incongruent objects.

Description of cut-outs from Associative Ghost Template #8 (You are anxious that people) *Debit and Credit, by Dan Fox, first published in Frieze, Issue 119, Nov-Dec 2008 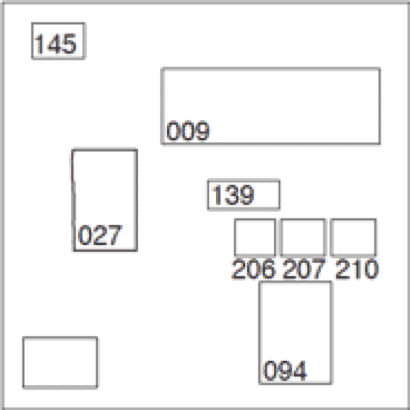 009 A fold-out, laminated study guide purchased in a French motorway service station entitled Petit Guide 216 on the subject of Le Tangram which seems to be a puzzle consisting of a square made out of five equilateral triangles, a square and a rhomboid. The objective of the game seems to be to find solutions to produce different shapes, animals, modes of transport, objects, alphabetical characters and numerical characters.

027 A page torn from the Whitney Biennale 2008 catalogue.

094 Page 4 from a conversation between Ryan Gander and Jack Strange, originally recorded, transcribed, then re-recorded using two French girls’ voices to accompany a slideshow of works by Jack Strange as a work by Ryan Gander entitled The Pen Marks on the Page, 2008.

139 A cutting from a Tate catalogue, showing a small documentary photograph of Picabia and Duchamp on a beach in Cannes, 1922.

145 A picture postcard bought in San Francisco during 2007 entitled Stressed Time, a partial impetus for making the work Oh No, Not Again, 2008.

206 A page-per-day calendar page, marking the day this text was written.

207 A page-per-day calendar page, marking the day this text was written.

210 A page-per-day calendar page, marking the day this text was written.