Ryan Gander: When Fictions and Realities Collide in a Leap of Faith 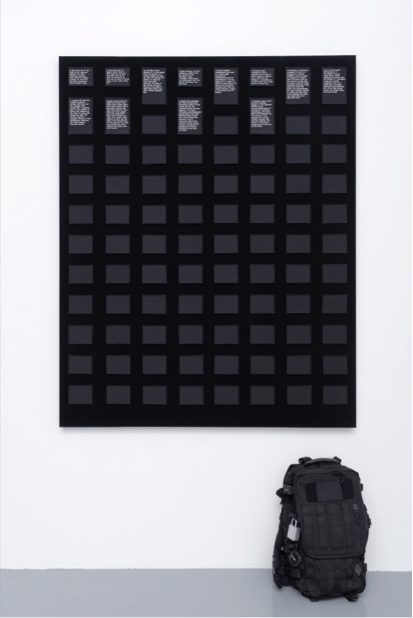 While his multimedia practice encompasses a vast array of forms, interviewing elements of architecture, design, sculpture and city planning, as well as children’s books, language and performance; all of his works revolve around the nature of art and objects. Ryan Gander’s complex and unfettered conceptual practice is stimulated by queries, investigations or what-ifs, rather than strict rules or limits. The misleadingly minimalist appearance of Gander’s world disguises a complex network of tangled narratives. Each one of his objects may act as a vessel for a new story that collectively fit into a greater system in which fictions and realities collide.

In his series Alchemy Boxes, Gander considers that art is in the content that cannot be seen, whilst the case or vessel is merely camouflage. Made from common elements, the Alchemy Boxes include personal articles from the artist relating to the theme of associative thinking methods, collage, montage and unintended and unchartered collisions of ideas. This series is an experiment with the audience’s trust and belief: the receptacle is sealed and contains some objects, which are revealed to the audience in a list displayed on a nearby wall. The only way to know if the objects are really in the case is to open it, and thereby destroy the repository. 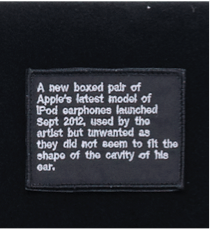 For example, Adrastus Collection’s most recent acquisition Sometimes you cannot fight it because you are part of it – (Alchemy box #35) (2016) is the assemble of an alchemy box masquerading as a black tactical combat backpack one may associate with a special operations patron of the armed forces. The backpack is locked with a Bluetooth padlock and contains objects from the collection of the artist. These have been specifically selected to fit the themes of being absent from ones usual surroundings, and cultural and political certainty as a creative restraint. The objects within are individually listed on Velcro backed embroidered patches and are fastened to a large black Velcro sheet attached to the wall nearby. The following is a list of the backpack’s content: 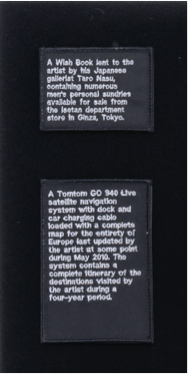 There is also a GPS tracker attached to the rucksack enabling the artist to locate the artwork at any time.

Acting as a self-portrait, Sometimes you cannot fight it because you are part of it – (Alchemy box #35) (2016) is a way in which Gander asserts that the things that surround us, also define us.

Ryan Gander, born in Chester in 1976, lives and works in London and has been awarded numerous prestigious prizes, among others the Zürich Art Prize (2009), the ABN Amro Art Price (2006), the Baloise Art Statements of the Art Basel (2006) and the Dutch Prix de Rome for sculpture (2003).