As one of the most significant artist to emerge on the last decade, Roman Ondák’s artistic attitude is unusual. One reason for this lies in his artistic interventions that recursively impact the real world through context shifts and poetic mise-en-scénes. Ondák works with existing situations, but alters them in ways that challenge our expectations and conventions. Art and life are viewed from new perspectives, while the things we otherwise take for granted are called into question.

By means of a constant and contradictory transfer of meanings, the introduction of unexpected actions in a place wholly inscribed by expectations, Ondák supplements our accustomed balance of processes of perception with a significantly disruptive counterbalance. That is to say, he often uses art as a means to sharpen our attention to every-day life and to situations in it that can often be readable.

Adrastus Collection’s most recent acquisition, Loop (2009) was a preliminary conceptual sketch originally created during Ondák’s participation at the 53rd Venice Biennale. Ondák’s conceit could hardly be simpler. He took the tended garden that surrounds each pavilion on the Biennale grounds (known as the Giardini Garden) and brought it right inside the structure he was in charge of. The gray-gravel path that normally led to the pavilion’s door, continued through it and out the building’s other side. The floor to either side of the new path – normally terrazzo that dates back to the structure’s founding in 1926 – was then hidden under precisely the same-planted beds that border paths throughout the rest of the Giardini. Several tall trees reached close to the airy building’s skylights. Ivy, low grasses, garden detritus even maybe the occasional weed covered the space below them. Ignoring the plain walls and ceiling of the modern white-cube space, it was difficult for the Biennale’s visitors to differentiate between the interior and the exterior landscape. 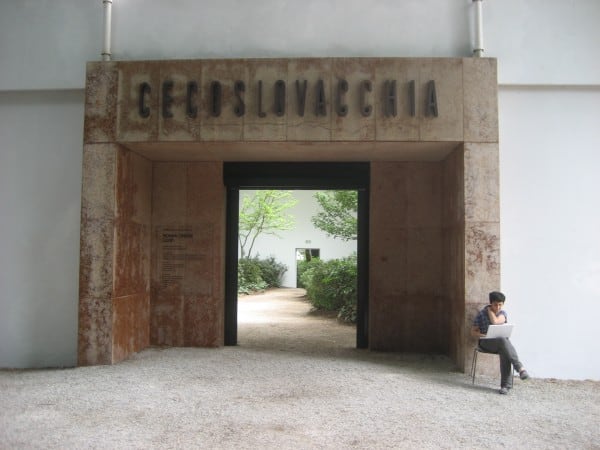 The Cezch & Slovak Pavilion at the Venice Biennale Loop from June 7 – November 22, 2009 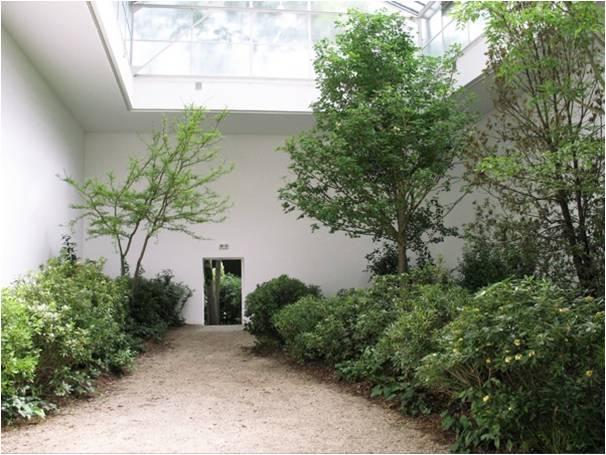 With this installation –equally titled Loop–, he developed a sculptural in-situ work for the Czech and Slovak Pavilion that expressly dealt with the relationship between reality and art by taking a section of this reality –the park landscape between the exhibition pavilions with their greenery, the bushes, trees and paths- and closely replicating it into the interior of the pavilion. This was a shift that could also be called a continuation of external reality into that of art space. This work dissolved boundaries between interior and exterior space and hence the pavilion itself along with this function. That is to say, when entering to the space of art, one usually leaves everyday reality behind and one becomes aware of the altered rules that apply in the exhibition’s territory. In this intervention, however, it was unclear in every respect which territory the space we enter belongs to. 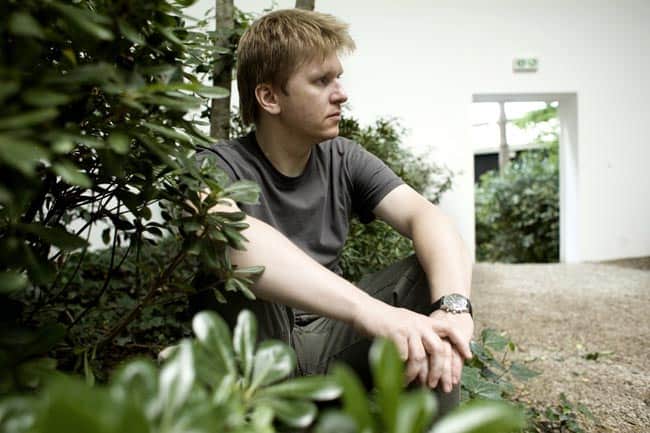 Loop (2009) is another example is how Ondák creates an art that lends everyday experiences and perceptions into a philosophical, political, and sociocritical dimension with the simplest means. A work of art that started out seeming barely there, begins to sound apocalyptic notes. As we heat up our Earth, will other buildings or everyday objects -like the Venetian gondola included in Loop (2009)- start to look like this pavilion? Will other human structures become home to carbon-hungry plants, happy to take up where we have left off?