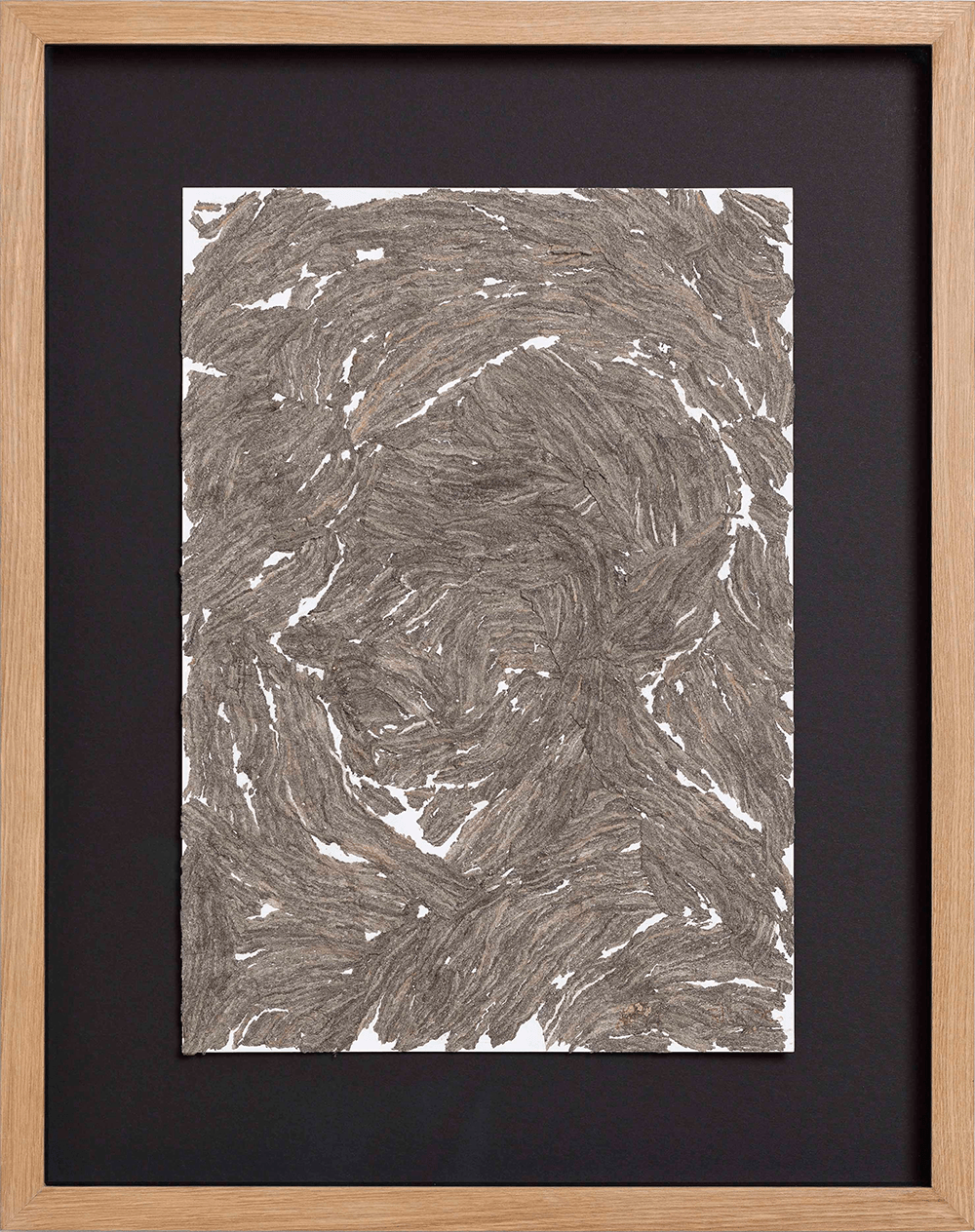 Self Portrait, 2000
Wasp hive in paper

Even though he sometimes uses the conventional techniques of sculpture Pawel Althamer, who was born in Warsaw in 1967, is not strictly speaking a sculptor. His oeuvre also includes performances and happenings, videos and installations. The work of this artist repeatedly features self-portraits and explores new ways of presenting himself.

Self-portraiture is a central theme of Paweł Althamer’s work. Since the very beginning of his practice he has been experimenting with the form of this classic presentation subverting its canon by using organic materials like grass, hemp, animal intestines and wax. Althamer explores themes of alienation and isolation, and has made a number of idiosyncratic and unorthodox self- portraits. In this piece, Self Portrait (2000) the artist used wasp hive to create his ethereal silhouette, leaving us to wonder where the real Althamer is. This own technique refers to productivity, fertility, and the communal living or progress attributed to wasps and reflects the personality of the artist. The materials he employs may often be atypical for the medium, but there is often a reference to the roots of his art education. His early figures, such as Portrait (2000) in hive, grass, straw, animal hides and innards are a testament to this influence. 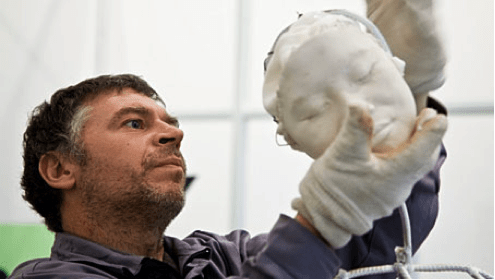 Paweł Althamer at this workshop

In addition to using himself as the basis for works which involve either crafted objects or such performative actions as being filmed under the influence of a variety of hallucinogenic drugs (LSD, peyote, mescalin, magic mushrooms), Althamer has made many works using people on the fringes of society –the homeless, unemployed, legal and illegal immigrants, prisoners, beggars, street buskers children and teenagers. Other works involve architectural interventions, where Althamer alters the interiors of public spaces in museums and galleries, drawing attention to their histories and local communities. Althamer frequently assumes a quasi-shamanic role, encouraging a sense of the miraculous in the minutiae of everyday life.