Paul Lee: Challenging the Surface Topography Through the Senses and History 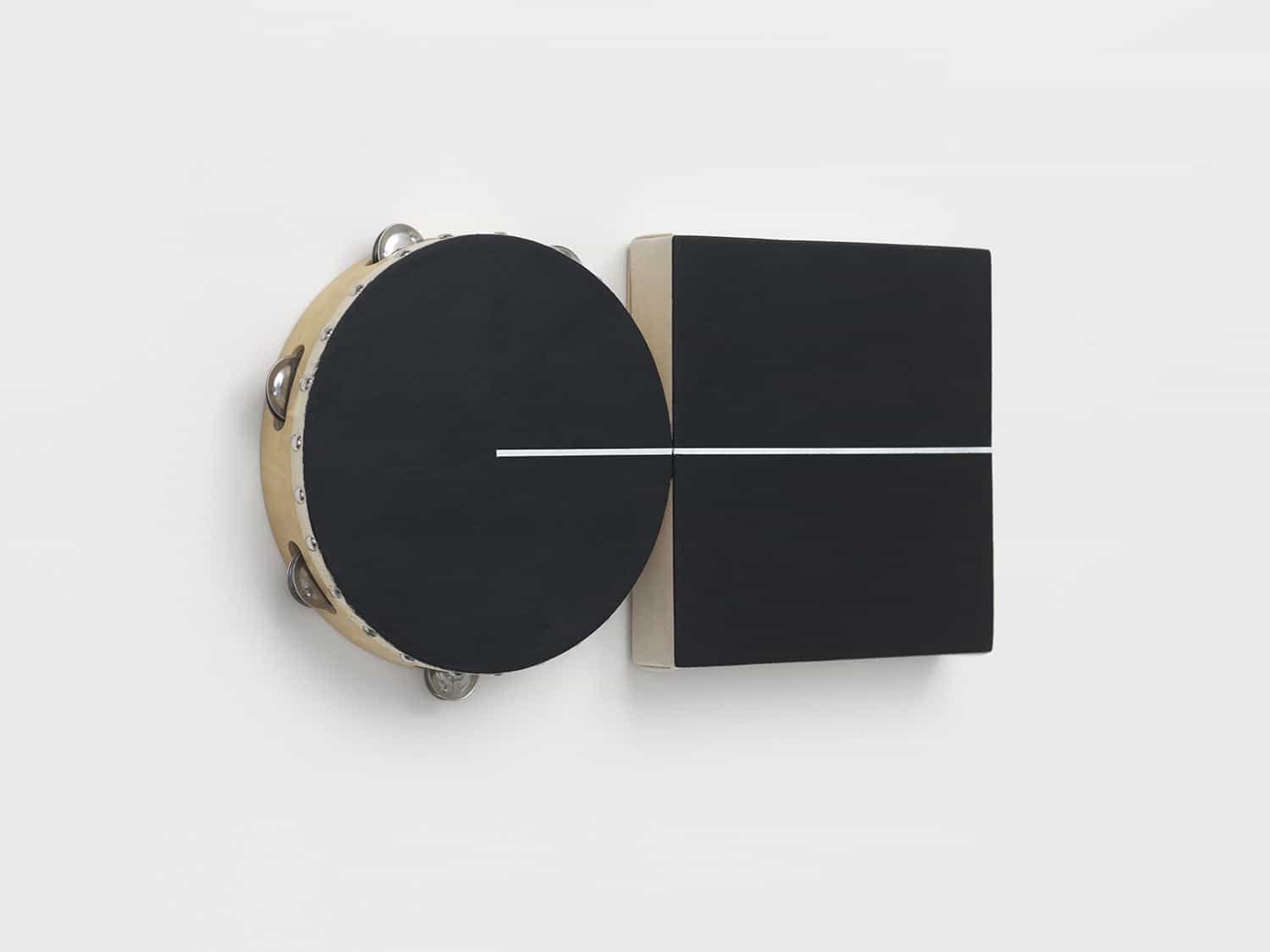 Was it a Dream, 2016
Tambourine, acrylic and canvas

Paul Lee’s work is born from the relationship between the use of particular material forms and unspoken narratives. Towels, washcloths, light bulbs, and tambourines are humble objects that find their way into Lee’s expressiveness. Recreated and reassembled with basic materials, the space of these objects and their properties is abstracted into an implied pictorial space that intends an expression of intimacy and vulnerability.

There is an expansive family of forms in Lee’s work that is driven by associations of colors, shapes, and ready-made structures. The relationships within the works suggest emotional and representational analogies with a rhythmic character, performing the possibility of extruding narrative and decoding meaning from allusion and tactile experience.

Lee’s artwork titled Was it a Dream (2016) is part of his most recent series called “touch paintings”. The artist explains, “I call these ‘touch paintings’ because tambourines are activated by touch. The first tambourines I made had rectangles on them, and I thought of them as being like touch screens. The touch screen is part of our daily life, you can touch an image and it can lead you to another. The image becomes a path. It’s a visual space that becomes active in a new way. I think it is a new space for painting to happen”[1] Lee’s tambourines favor the ardent possibilities found in the image –with color, line and space–, liberating meanings from its content.

In Adrastus’ Collection most recent acquisition by this artist Was it a Dream (2016), a tambourine is reshaped with a built extension and painted affixed to the shaped canvas, with an interplay of round and straight edges creating an optically vivid whole. Built up with basswood and paint on the instrument’s skin-like surface, this artwork address containment and the deliberate withholding of the object’s usage. This artwork fuses skin, surface and intimacy while simultaneously plays with the dynamic relations of shape, form and color.

Born out of narratives surrounding personal interaction, Lee’s signature materials creates an inward dialogue with the artistic past and brings it to the present through the physical interaction of the viewer. Most of Lee’s references are truly recognizable: you have Malevich’s black square paintings painted on a tambourine in Was it a Dream (2016); you have an early Brice Marden panel painting made of grey and black beach towels in Untitled (Washcloth) (2009); there is a Fred Sandback clear reference from a clothing seam in Untitled (negative, blue) (2011); and then there are also some light bulbs in his can sculptures, a material that in Lee’s context recalls both Dan Flavin’s early work. 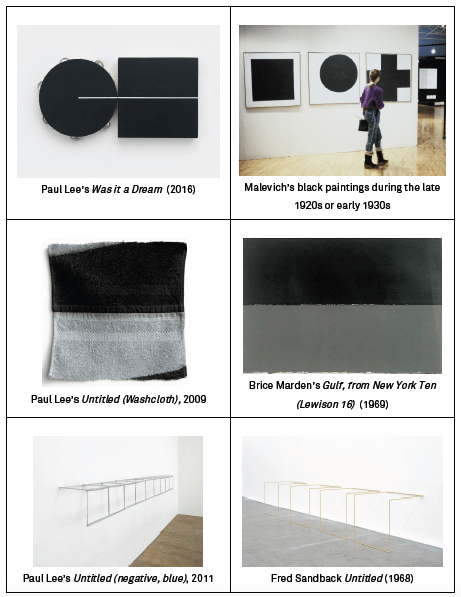