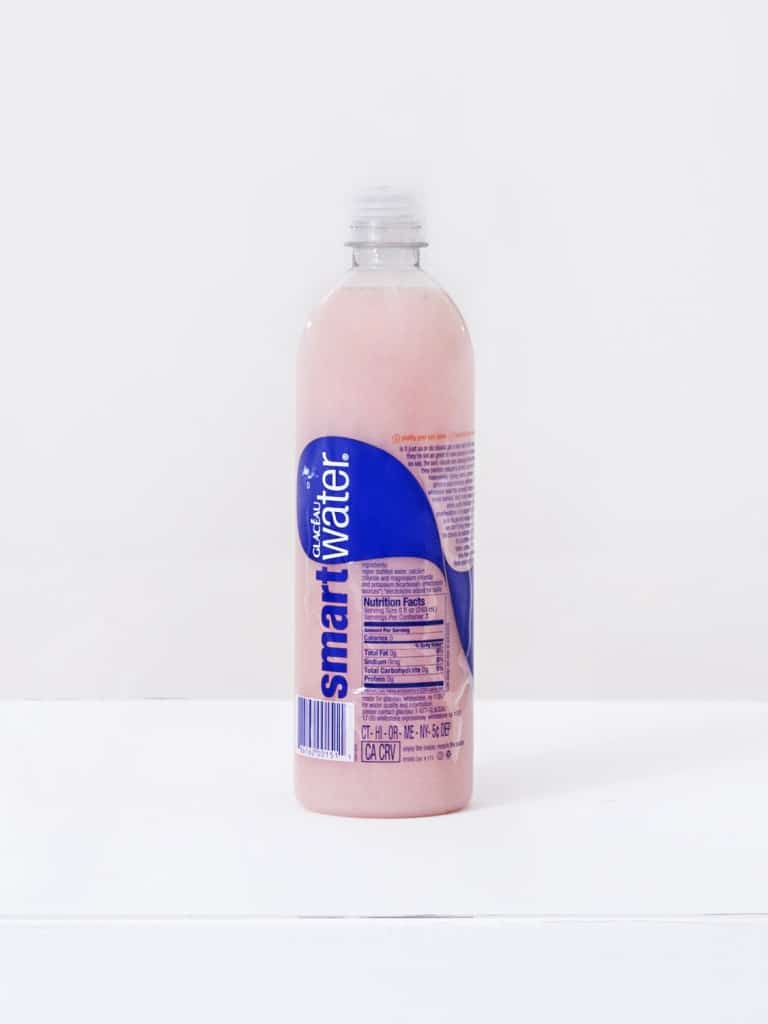 Pamela Rosenkranz’s body of work takes aim at the empty centers of history, politics, and contemporary culture as a whole. It address the shifting philosophical and scientific meanings of the “natural” and the “human” during Anthropocene (the geological epoch marked by the impact of human activities on the ecosystem).[1] Indeed, Rosenkranz’s works critique the excessive consumerism and the exaltation of individuality of our contemporary society.

The domestication and commodification of organically occurring entities under capitalism is evoked through the corporate slogans that populate Rosenkranz’s work. The Swiss artist born in 1979 deploys a palette of patented icons—polyethylene water bottles, soft drinks, Ralph Lauren latex paint, Viagra, Ilford photo paper, and ASICS sneakers—and augments them with flesh-toned silicone and acrylic paint. This “product” is imbued with chemical compounds both actual and fictitious that ambiguously invoke the list of ingredients on health drinks as much as the chemical components of their plastic containers. Her insistence on the ‘naturalness’ of these seemingly unnatural materials is premised on the fact that they were all produced by human activity. Rosenkranz views bottles of water as small bodies of nature, marketed as a health and beauty product that cleanses the human body from the inside out.

In Firm Being (They Line Along), the most recent acquisition of Adrastus Collection, the Galceau’s Smart Water bottle is filled with skin-colored silicone, functioning like a short-circuit that reduces the idea of water as being capable of cleansing the body to absurdity. Eternal youth and the preservation of purity are branded and sold as beauty ideals. She short-circuits this conceit by filling the branded vessels with flesh-toned silicone, a material ordinarily used to smooth the appearance of skin on camera, as though a homogenized solution of one’s own body. 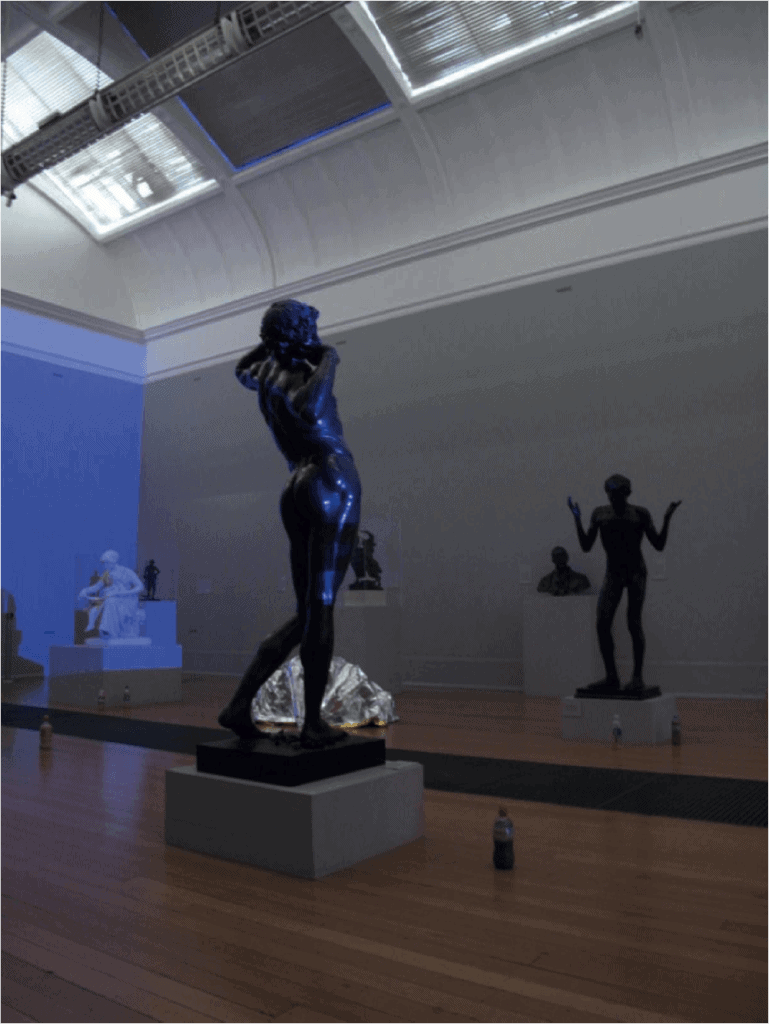 These bottles, from Pamela Rosenkranz’s series Firm Being (2009–), were presented at Tate Britain, London, as part of a one-night event in 2010 called “The Real Thing.” In this exhibition, statues in bronze and marble by Hamo Thornycroft, Alfred Gilbert and Edward Onslow Ford conveyed with the ergonomically curved edges and twist-off caps of bottles by Fiji, Evian and Smart Water. This installation intended to superimpose new discursive possibilities onto the Tate’s collection, while pegged her work to a set of nineteenth-century concerns.

The Tate installation framed Firm Being as bodies: squat bodies, diminutive bodies, bodies reduced to the shape of commodities, but bodies nonetheless. However, the gallery could not entirely claim the bottles for the medium of sculpture. Their packaging gave them distinct silhouettes, but their hues were at odds with the statues’ patina and polish. In the eighteenth and nineteenth centuries, sculpture distinguished itself from painting in part through an insistent refusal of color. Firm Being, by contrast, is all color, silicone pigment poured into clear plastic. As a result, Rosenkranz’s representation of the body needs to be seen within the tradition of painting. More specifically, her use of skin tones tether Firm Being to one of the nineteenth century’s most prevalent genres: the nude.

Pamela Rosenkranz received her MFA from the Academy of Fine Arts, Bern, in 2010, and completed an independent residency at the Rijksakademie in Amsterdam in 2012. Solo exhibitions of Rosenkranz’s work include My Sexuality in Karma International, Switzerland, 2014; Feeding, Fleeing, Fighting, Reproduction in Kunsthalle Basel, 2012; Because They Try to Bore Holes in Miguel Abreu Gallery, New York, 2012; No Core in Centre d’Art Contemporain, Switzerland, 2012; Untouched by Man in Kunstverein Braunschweig, Germany, 2010; and represented the Swiss Pavilion during the Venice Biennale in 2015.

[1]For further information about the Antropocene term, please refer to: http://www.smithsonianmag.com/science-nature/what-is-the-anthropocene-and-are-we-in-it-164801414/?no-ist