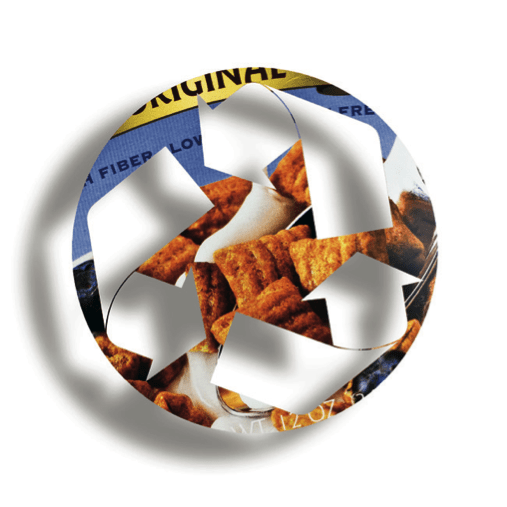 Highly conceptual and visually provocative, Kelley Walker’s work tackles some of today’s most complex debates around issues of authorship and authenticity, reproduction and circulation, and the role of the viewer.

Showing a particular interest in the changes brought about by the use of computer-generated imagery, Walker has been investigating the ways in which images can be sampled, altered, disseminated and then re-appropriated within the artistic realm. Using images directly lifted from mass-media sources (and often depicting disasters such as earthquakes or plane crashes), Walker digitally “paints” or “cuts” over the image, adding design elements that interact in ambiguous ways with the image.

With nods to artistic influences ranging from Andy Warhol to Jackson Pollock and Sigmar Polke, Walker’s work interrogates the ways a single image can migrate into a number of cultural contexts. Throughout his career, Walker has explored the manipulation and repurposing of images in order to destabilize issues of identity, race, class, sexuality, and politics. Often using such technologies as 3-D modeling software and laser-cutting, the artist works in a variety of media, including photography, painting, printmaking, collage, and sculpture. In an era of digital reproduction, Walker’s work draws attention to popular culture’s perpetual consumption and reuse of images.

Adrastus Collection’s artwork Untitled (2006), is part of Walker’s series “Recycling series”, in which the artist creates sculptures of the iconic recycling symbol appearing in numerous manifestations. In this artwork, the recycling logo appears as cutouts from steel disks covered with a cereal box imagery. The recycling logo is an emblem of sorts for Walker’s practice, referring to his constant transformation and re-use of “raw” cultural matter. Laser-cut and overlaid with advertisements, Untitled (2006) suggests that, within a consumer culture, everything and everyone is subject to reinvention. 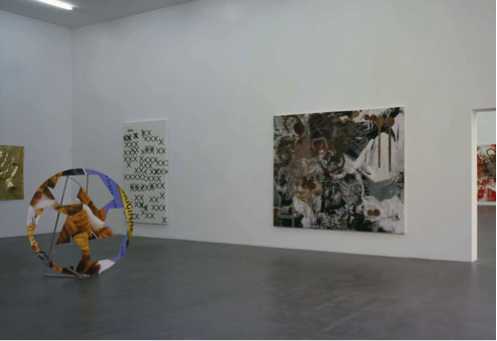 Exhibition at Kunsthalle Zurich in 2006

Looking at the basic sign for recycling as a key to this problem, as well as a generative concept for his work, Walker began in 2003 to question its basic altruistic goals and regard them as commodification and consumerism’s flip side. There has been extensive discussion on the question whether Walker can be called an “Appropriation” artist. By accepting this state of affairs, and closing off the possibility of going back to an original state of the image, Walker puts himself beyond “Appropriation Art”. Instead of being content with a single appropriation, Walker raises the process to the next level so that he appropriates the appropriators and, then, in the disasters leaves himself open to subsequent appropriation by the viewer. In the 21st century, our image culture is impossible to trace back images to an original source. If we were to enter Plato’s cave now, we would find shadows of shadows of shadows.[1] In Untitled (2006), he connects this interplay with the mutual interdependence connecting commodification and consumption with recycling, viewing the three as implicated in an ongoing destructive and constructive process.