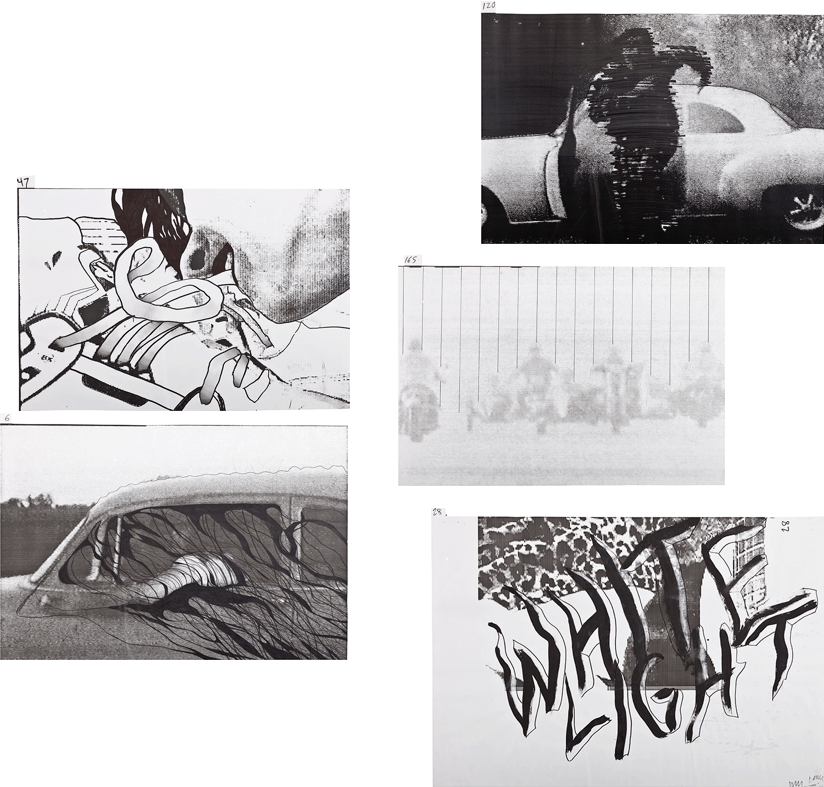 Jay Heikes merge a kaleidoscopic array of media such as drawing, sculpture, video, and installation with text and imagery from pop culture to craft a personal cathartic narrative. His artistic production explores themes around individuality, alchemy, and the transformative power of the art. Heikes’s artworks are inspired by the naive science and philosophical tradition of alchemy, physically exploring the power of creation through the very act of crafting. The artist’s intrigue around the conceptual manifestations of this act ultimately leads to a broader discussion pertaining to the essential meaning of art and its role in human life. [1]

When asked what his mixed-medium process has taught him, his response was comical, “It’s taught me about what it means to be an American, which I see as a comedic delivery, knee-deep in alchemy. The melting pot was a dream that I always saw as desirable but now we’ve seen a move towards a tribalized separation of people and their interests. The parallel in art is uncanny with materials and it’s why I still try to join disparate materials, especially in the minor planets, to try and forge unlikely alloys and hybrids. I know this sounds silly but if I am being honest, the promise of controlled chaos within the confines of the mess that is America has always been the starting point for my work and I will resist a tribal art until the end.”[2]

Produced in 2002, his Series of White Light embodies Heikes’s fear of lost sense of identity through a set of mixed media stills on paper that have been taken from a 20-minute video titled White Light. Making reference of alchemical materiality and controlled chaos, the images melt one into each other on the screen, creating a patterned surface. The physical transformation of these “cave-like paintings” culminates by applying the brightness of a screen and transforming the picture plane into three-dimensional form.

“I’m drawn to texture in my work the most. I remember a vision I had as a child that has always stayed with me. I would close my eyes and see an enormous white space that would be quickly filled up by black soot, like a swarm of flies that were vigorously being sketched, almost an animated blackout. I don’t see it as much any more, but it’s the basis of everything I understand as graphic, probably my first conception of an abstracted fear of some sort. Although possibly I’m analysing it too much and it was just the phenomena of light playing on my retinas as my eyelids covered them. As for colour, I’m drawn to a full spectrum of pale tones, specifically in the way that sunlight fades advertisements in store windows.”[3]

Adrastus Collection’s Untitled (Series of White Light) (2002) are five hazy images of distant figures in black and white. Punk-like in nature, each one of them portrays a different act of escapism. Whether a dark figure runs or a car is driving away, all of them are emphasized by a pop-culture setting. The physical and conceptual notion of each image suggests a transformative endeavor, a pursuit in which the perceived magic is ultimately bounded by the grounding effects of reality.

Following his first solo presentation at Artists Space, New York in 2003, Heikes participated in a number of group exhibitions at venues such as the New Museum of Contemporary Art, New York (2003) and the Renaissance Society at the University of Chicago (2002 and 2005). In 2006, Heikes was included in the Whitney Biennial: Day for Night, curated by Chrissie Iles and Philippe Vergne. Since then, Heikes has been the subject of numerous domestic and international exhibitions, including shows at The Institute of Contemporary Art, Philadelphia (2007); the Aspen Art Museum (2012); Grimm Gallery, Amsterdam (2015); Shane Campbell Gallery, Chicago (2015); Federica Schiavo Gallery, Rome (2019); and Joslyn Art Museum, Omaha, NE (2019).

[3] Biswas, A. (n.d.). Jay Heikes: ‘I’ve always loved the reminder that the natural world has the upper hand’. Retrieved July 01, 2020, from https://www.studiointernational.com/index.php/jay-heikes-interview-ive-always-loved-the-reminder-that-the-naural-world-has-the-upper-hand