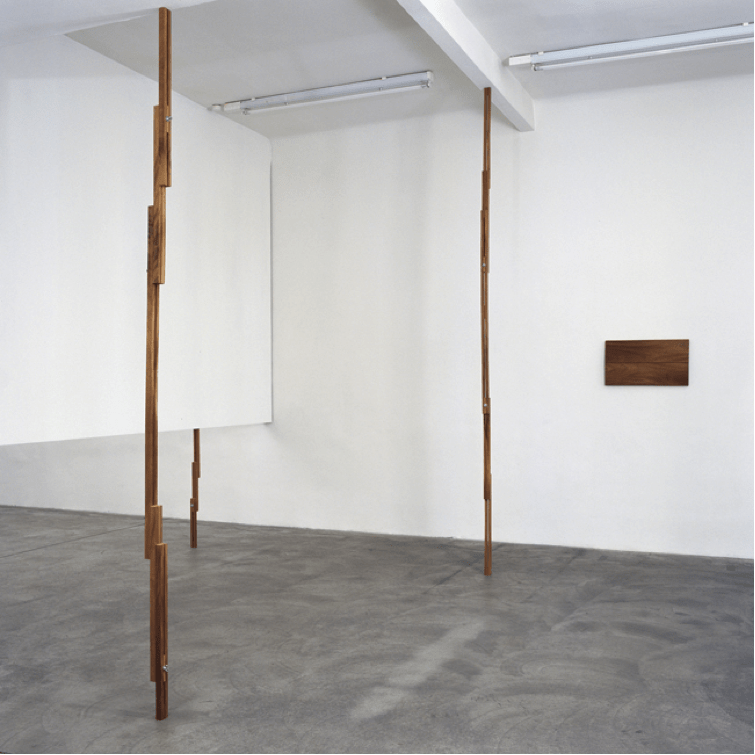 The artist Gabriel Sierra is intrigued by the language of man-made objects and the dimensions of the spaces in which we live, work, and think. His practice employs a variety of techniques – from sculpture and spatial interventions to performance and texts – to examine how the human body functions in relation to its environment. Trained in architecture and design, and drawing on the history of Latin American Modernism, Sierra connects the perception of forms and materials to the construction of language, communication, and knowledge

Even though he is Colombian and earned his degree in industrial design in Bogotá, Sierra says that he has more affinity with Brazilian art than with that of his country. It is therefore natural that a good part of his production is fueled by a fertile relationship with neoconcretism, considered as the first moment of Brazilian art’s independence, originality and overcoming in regard to its European origins. One of his key neoconcrete references is Lygia Clark, whose works, like his own, transit between the object, space and the body.

Adrastus Collection is proud to present (Untitled) Cola de Zorro (2011) is a pole-like, height-adjustable mahogany objects stood at several places in the exhibition and functioned as struts between ceiling and floor or as an apparent support for a partition wall, which hindered access to one part of the gallery. Although rendered useless by their obvious fragility, the objects constituted a new relationship between viewer and space.

The artist structures the gallery space by means of telescopic wooden elements, which are suspended between floor and ceiling and act as lines that confront the visitor with the room’s condition and establish a relation between body and architecture. At a first glance, Sierra’s intervention appears to be an aesthetically rigorous composition. But behind the added walls, a playful and lyrical space of handling colors and shapes opens up.

Sierra’s objects and installations often humorously play with function and dysfunction and at the same time propose new, alternative uses. Since this project consists of a group of constructions to stand in or to walk over, they relate abstractly to the idea of inhabiting different moments of space and time.

Sierra gives credit to the ideas of Italian artist, graphic and industrial designer Bruno Munari (1907–1998): “The pieces that are part of this project explore the role of the didactic material developed by Bruno Munari as a device to understand the concept of geometry, dealing with the idea that everything can be represented by geometric figures, and the concept of geometry as the only universal language to question our relationship with the world. I’m interested in how ideas survive travelling in time and from one context to another.”[1] 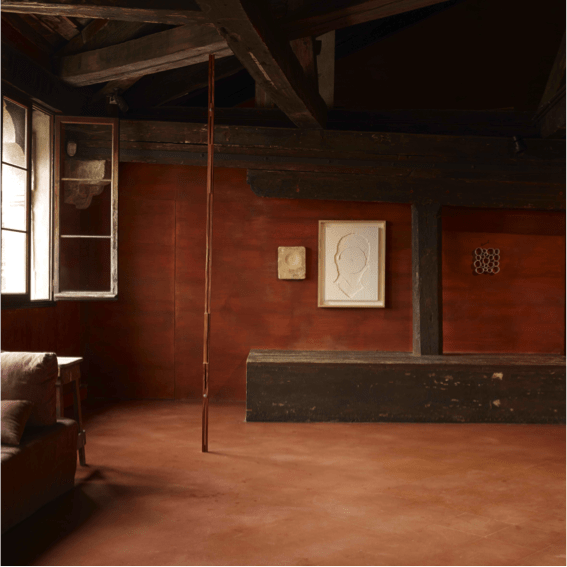 Untitled (Cola de Zorro) (2011) in the exhibition Proportio at the Palacio Fortuny in Venice, elected best exhibition of 2015.