The Fragile Poetry of Nairy Baghramian 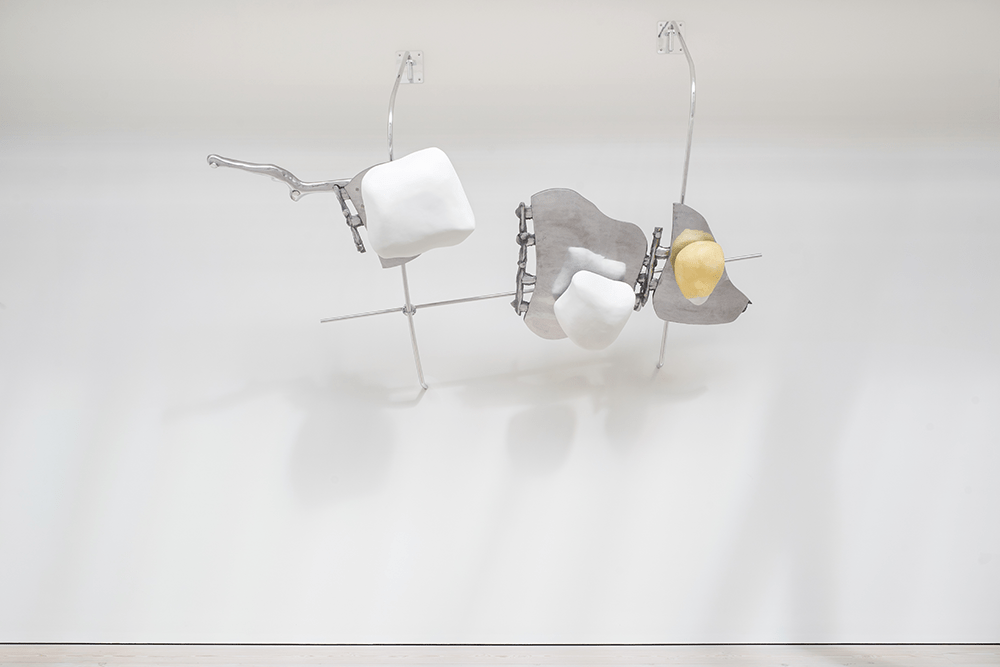 The sculptural works of Berlin artist Nairy Baghramian (Isfahan, 1971) typically address the conditions of their own making, their physical and extended contexts and a nexus of referential resonances. The artist offers a “body of work” that has been separated into abstracted, constituent parts: cutouts, hollow shells, denuded skeleton, intersecting steel lines and enlarged hanging organs.

In her work, Nairy Baghramian explores inherited sculptural issues arising from art history, dismantling and re-combining forms and concepts with principles of interior design and physiology. Partially industrially fabricated and partially handmade, the work provokes questions about the potential for sculpture and art as an aesthetic tool, but also highlights art’s dependency on its own context. Her works are both poetic and fragile, as she stages dangling and leaning pieces that threaten to collapse or break.

Her artwork brings formal and conceptual references into the realm of the subjective, testing what can be implied or insinuated by teetering between ideas of functionality, display, decoration, commodity, memory, and physicality. The strength of Baghramian’s work lies precisely in her interest in the marginal, the often overlooked, the delicate, using these tropes to her advantage and creating work that is at once assertive and thoughtful. Each of her artworks is aware of its own fragility while comfortably holding sway over the space that it inhabits. 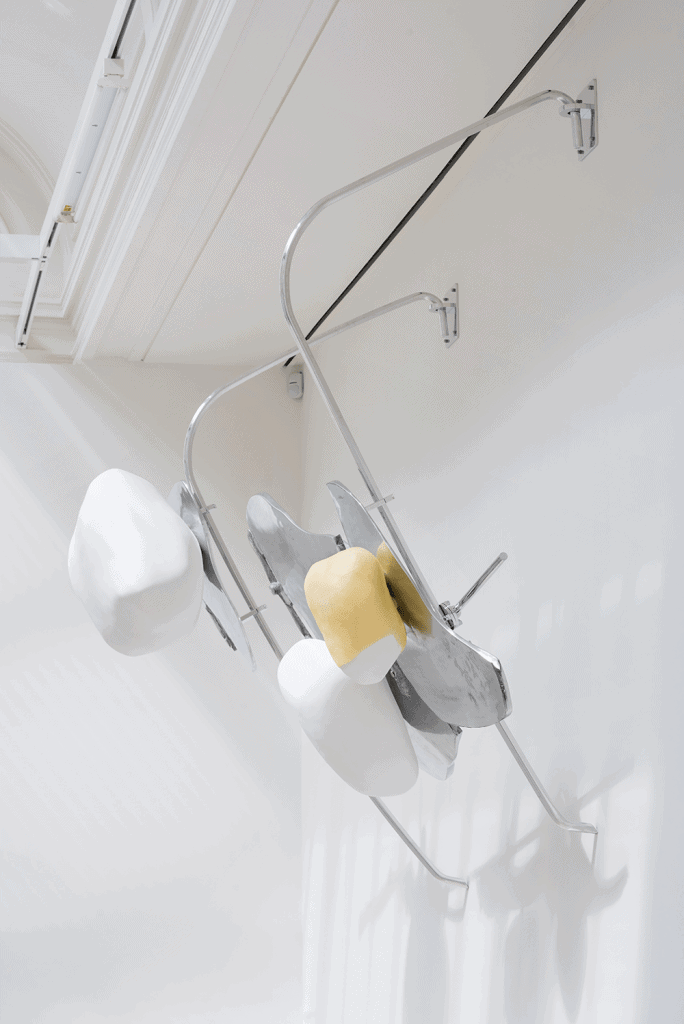 Baghramian’s sculptures such as Scruff of the Neck (UL 14/15/16), Adrastus’ most recent acquisition, plot spatial coordinates also indicated in their titles, and manifest as a proliferation of organic, marble-dusted, white forms braced by polished metal armatures. Accordingly in a humorous, profane way, the sculptures borrow from the material vocabulary of dentistry: in particular bridges – polished metal braces and cosmetic implants – and the idea of necessary self-renovation. Baghramian’s work co-opts some of these forms, but scaled as if the skull were the size of the gallery spaces. Her materials – cast and polished aluminum, polished aluminum rods, plaster, beeswax and rubber – have the sheen and monochrome palette of minimalist sculpture, but the references to the body are inescapable. Rendered weird by their translation from micro to macro, the objects are abstracted from their original meaning, but not so totally as to free the viewer from a flickering between their seductive formal presence and a slightly cringing memory of their real-world associations.

In 2015 Baghramian received the Arnold-Bode-Preis and the Hector Kunstpreis award (2012). Baghramian engages with the legacy of sculptors from previous generations, such as Claes Oldenburg, while absolutely taking territory that is all her own. She has just been announced as the winner of the 2016 Zurich Art Prize and will be a major presence at next year’s Documenta 14 and Skulptur Projekte Münster.