Wilfredo Prieto presents “Fake News”, an exhibition that is characterized by his minimalist oeuvre, mixed in with a hint of sarcasm and self-mockery. Although the physical exhibition in Galería Havana, Cuba was prematurely closed, a daily online presentation of twelve new works was featured from March 21 to April 30 via their Instagram and Facebook pages.

Reminding us of the daily exercise we all practice of reading the news, Prieto reads and translates his artistic vision of the news from the national and international press. His interpretation is simplistic in nature but allows the viewer to reflect on this information (or misinformation) by proposing a periodic reflection on #fake news and posterities.

Very much in line with Adrastus Collection’s initiative of keeping art alive and interrogative during these difficult times, we reached out to Wilfredo Prieto to discuss his concept behind the exhibition and its relevance to the current situation.

Adrastus Collection (AC): Your exhibition “Fake News” is the first exhibition to be transmitted in real-time over their (and your) social media pages, can you explain the reasons behind choosing to publish in this way, and its reference the exhibition might have to the current pandemic?

Wilfredo Prieto (WP): For me, it is something completely new. I publish practically nothing online. Basically, I have a passive look at social networks, but this way of working has emerged in a purely circumstantial matter. The truth is that before opening the exhibition, Cuba only had 25 cases of covid-19, so we were considering how to organize it with the public. “Fake News” opened normally and was active for a week. The idea was to show 12 daily paintings based on the news I read every day on my digital newspaper mobile. So we would be opening the exhibition daily, that implied that the opening would not be such a massive event, on the contrary, people could go any day and the exhibition would be totally new. But everything took a radical turn, and we had to transform it into an online exhibition. I would say that this accidental change helped enrich, in some way, the interpretation of the project, which returned the material to its initial state, from a virtual terrain to its physical materialization and back to the online space, back and forth, as a snake that bites its tail.

AC: Clearly you have not had problems working from isolation as you produced 12 new works daily via social media. Can you explain how these platforms had affected the way you are able to produce your work?

WP: The positive thing was that it helped me to float, to navigate in this confined situation. Work is the tool that can pay the most satisfaction in such a complex moment. Especially when the psychological hangover of isolation and leisure leaves a sequel that does not heal. I am very used to work under contingencies, adapting to different ways of working just like a Jeep 4×4 adjusting to the adversities of the terrain. So these kinds of challenges re-mobilize me in the end. What did had me against the wall, in a project like this, was to coordinate the research time for the news, the materialization of the works, photographing and editing, uploading the images to the networks … The production seemed simple, but this time, it needed to be done between everyone working simultaneously from our homes. So it was no longer a routine synchronization exercise with the team, but more likely a creative sport. The change that the current crisis has produced was rooted in the morphology of showing the pieces and not in the work itself.

AC: Your work is usually irreverent, peppered with a good dose of humor. What role does humor and art play in this historic moment?

WP: Humor is one more tool which spices the works, it is not a purpose, perhaps it has to do with an excess of aura, mythology and seriousness that prevails in art in general, and possibly shows certain spontaneity in the actions. It has more to do with my cultural nature, with our day to day than with a definition of work. I am also one of those who think that the greatest truths are told as a joke –as they say that any big business is done with a glass in hand. We have to begin from the fact that art is an oxygenating element of society, which continually questions its problems, crumbles and solves them. Art does change society, it changes mentality, aesthetics, sensitivity, therefore thought, culture, politics, economy, everything.

AC: Your work questions the basic structures of contemporary culture. The current pandemic crisis has brought changes that range from the social relations all the way to the economic and political spheres. How will your work reflect this?

WP: Creative processes needs aloof. It is a way of understanding the phenomenon. I work with experience, with my daily life, so logically I am a mirror forced to reflect all the worries that constantly assail me day after day. So this becomes a study material. Now, the problem is to look forward and see how it manifests itself materially in the artworks. Ideas come from completely unsuspected responses, and the results are a surprise to me. Logically, this parenthesis of world confinement should make us re-understand many things; as human development itself as a social entity… Although it is paradoxical. And similarily, I think HIV was back then when natural forms of procreation became suicide poison. Or how economic organizations that respond to natural growth orders must reorient themselves. I see now how this jungle law is self-destructing, rethinking economic regimes, which must now restructure their formulas of state control towards Health, Education, Culture… It is a kind of temptation, a return to humanism. Someone said that humanity must be humanized.

“The most cruel and sad exile for the most mundane Roman poet”, 2020
Acrylic on canvas

“The eagle eye of astrophysicists”, 2020
Acrylic on canvas

“We humans have sinned against the earth by exploiting its resources”, 2020
Acrylic on canvas 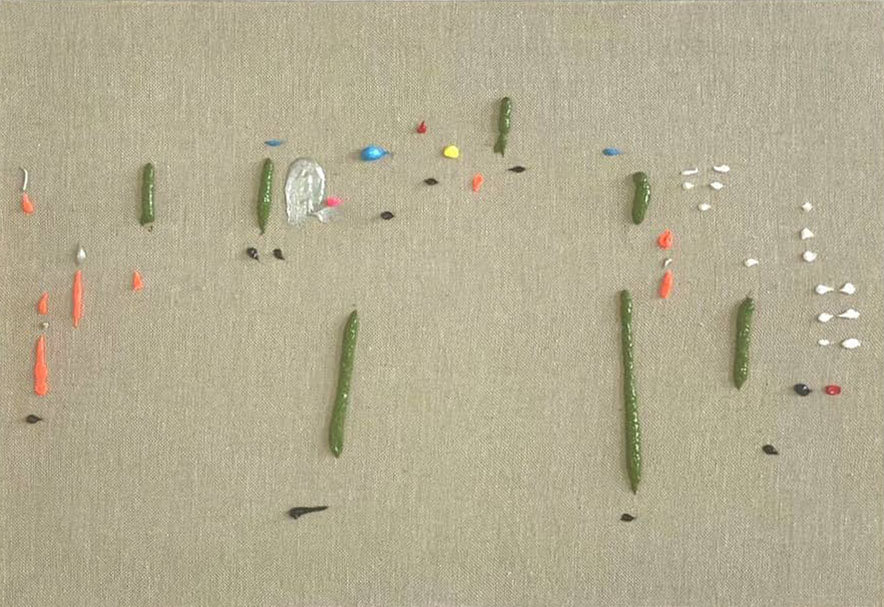 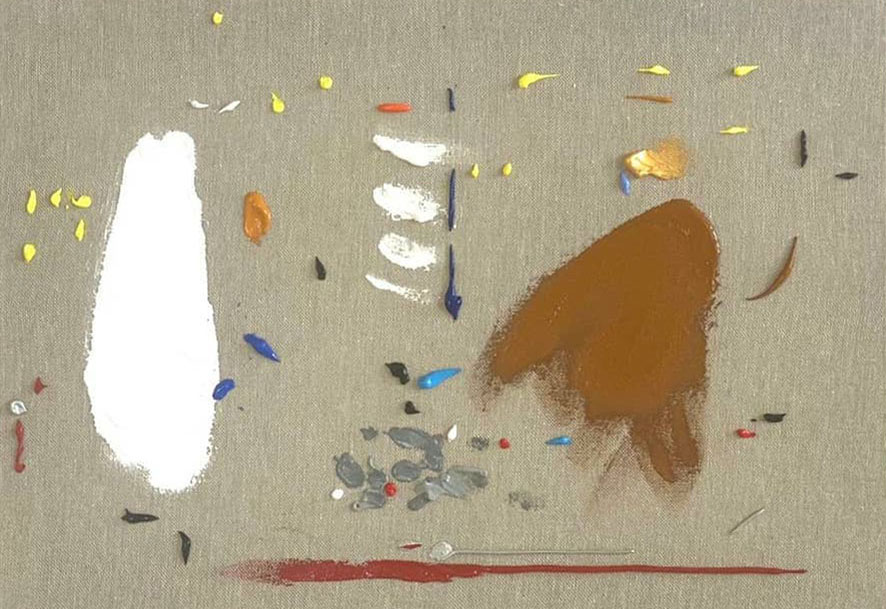 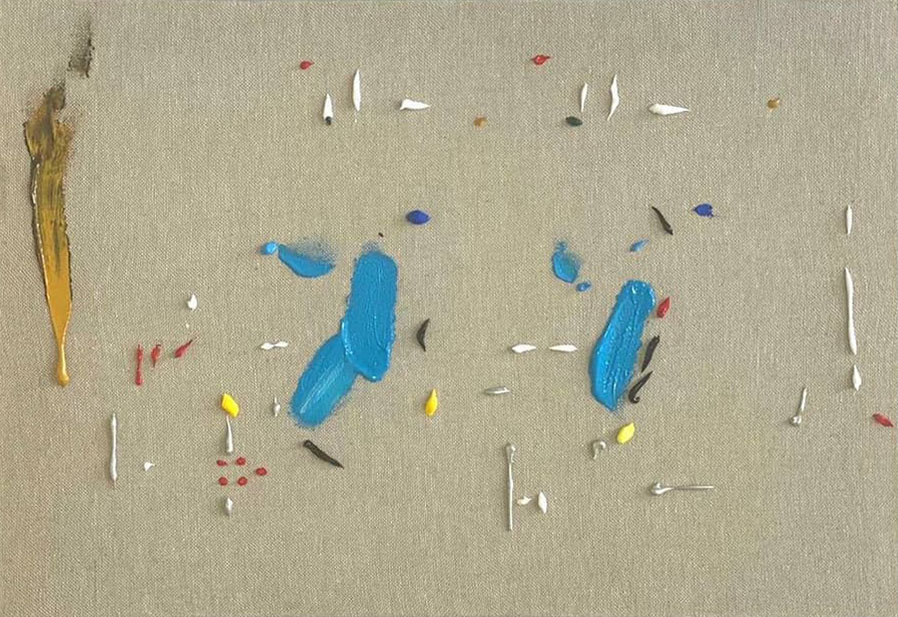 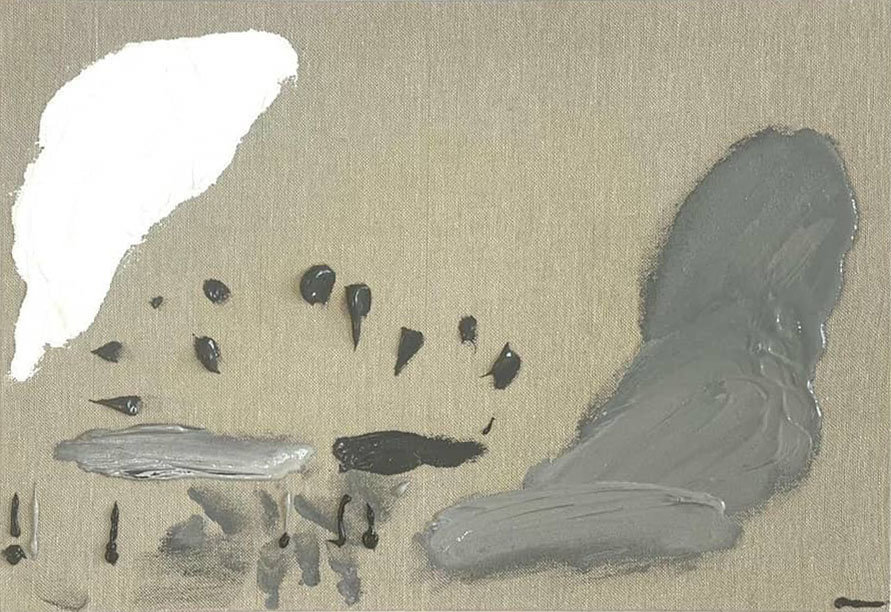 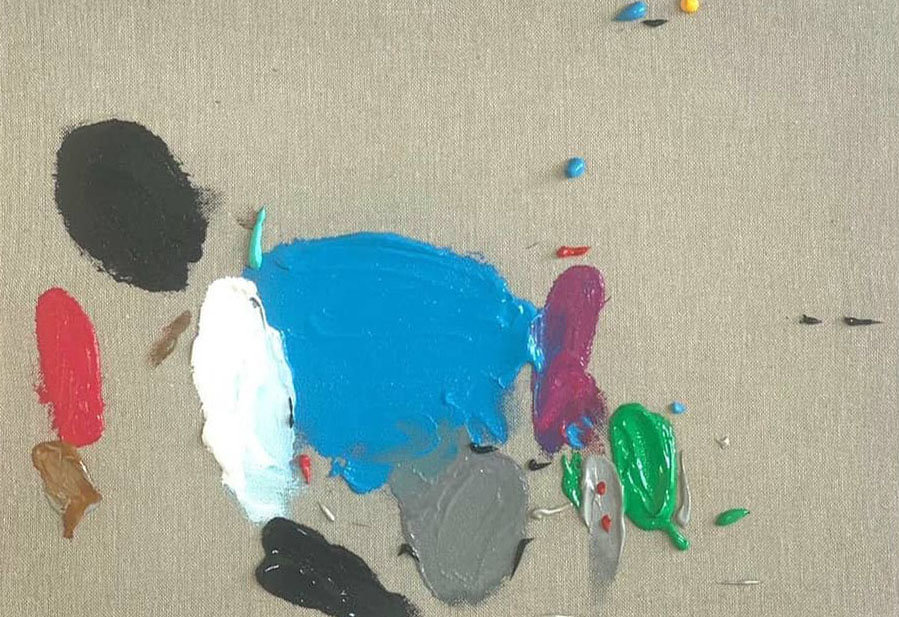 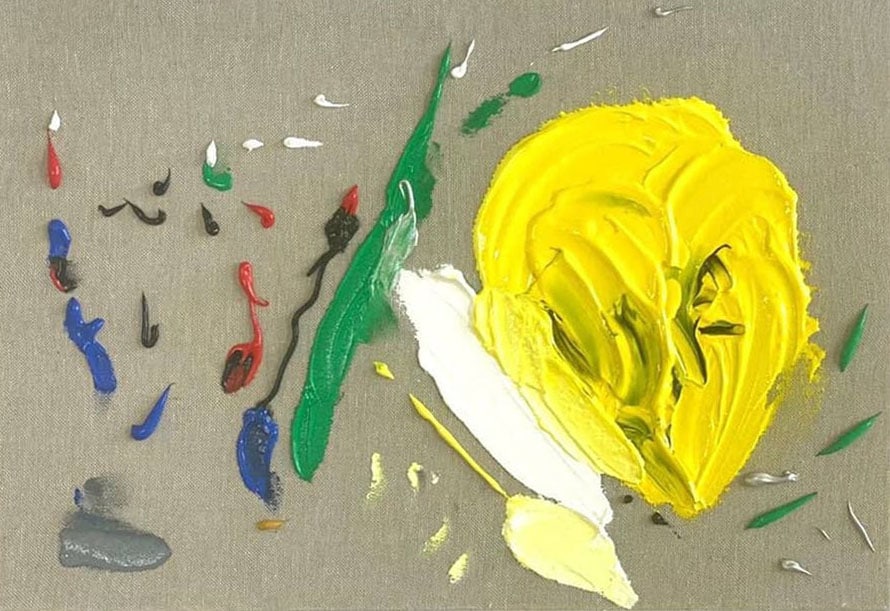 Wilfredo Prieto was born in Sancti Spíritus, Cuba, in 1978 and it was in this country where he began his art training at the Escuela Profesional de Artes Plásticas in Trinidad, where he later attended the Instituto Superior de Arte in Havana from 1998 to 2002. Prieto’s constant review of the political situation and media outlets has been a common practice in his work and for his most recent exhibition “Fake News” was no different. His daily release of paintings came to symbolize a kind of homogenous composite comment devoid of any identifiable political status or cultural voice, but rather on the role of media that is relatable in any society. With a few simple brushstrokes and random splatters of paint on the canvas, the viewer is immediately reminded of any of the modern art masters, allowing the subjectivity of each of his pieces to relate to each of his viewers. Originally meant to have a new display every day for the public to interact with, and the constant production of new artworks, one would be keen to return daily. The fact that the exhibition was projected back onto the digital platforms has been an even more enriching concept behind the show, “which returned the material to its initial state, from a virtual terrain to its physical materialization and back to the online space, back and forth, like a snake that bites its tail”.

The multifariousness of the arts, their traditions, developing idioms and media, and their self-transcending nisus, makes this definition an unrealistic goal. However, Prieto obstinately seeks for results in over-simplification and distortion. Therefore, it is equally important to find an intelligible structure of relationships among the phenomena of the arts.