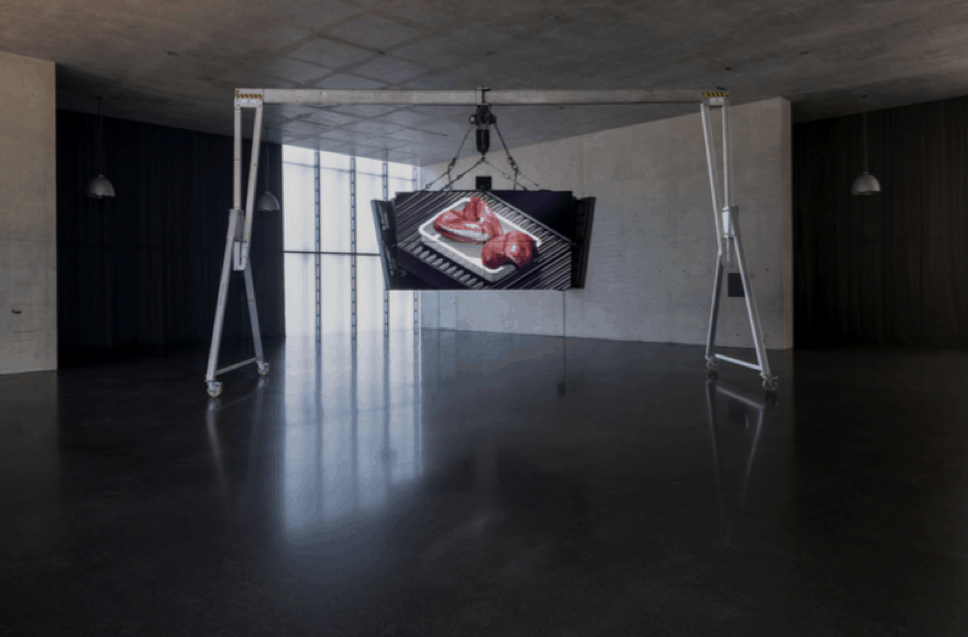 Any resurgent interest in abjection in contemporary art might correspond with the ubiquity of an experience mediated by technology – an experience wherein vast swathes of the world are calmly abjected with a swipe of the finger, made to disappear over material distances that are collapsible solely by those technologies that rendered them there. This trajectory extends similarly to incorporate (disincorporate) the body, most explicitly apprehensible in the infinite reams of images of bodies that abound online – always seemingly in lieu, eternally deferred. Here, abjection as the sloughing off of the intolerable in oneself – and the concomitant and essential experience of that (self-)rejection – is counter-intuitively dematerialized, expedited by that intercessional technology and its bewildering of reality.[1]

Ed Atkins wrote this for Frieze Magazine and titled the article ‘Data Rot’ referring clearly to the impact the digital realm is having on our society and it has become a topic of high relevance in the majority of his pieces. Atkins has taken this obsession with the digital and models it on his work to display the more battered and bruised effect it has as the years go on.  Atkins is an artist who enjoys mixing videos, audio and writing, developing a complex discourse around definition and therefore provide a deeply figured representation of the physical, specifically corporeal, world. Focusing on computer generated imagery (CGI) to bathetic poetry, as seen in text above. The artist himself is aware of his work spiraling towards lunacy but it this unsettlement that makes his work so exciting and legendary curator Hans Ulrich Obrist would be the first to agree. His hyper-realistic format films and the creation of a unique character (whom which he calls a ‘model’) has, as he describes it, been “eternally deferred” through digital limbo. This progression of work over a period of years with this ‘model’ in his work directly references the artist’s expression and his intense emotional yet primal responses to present-day technology, with the use of CGI video. 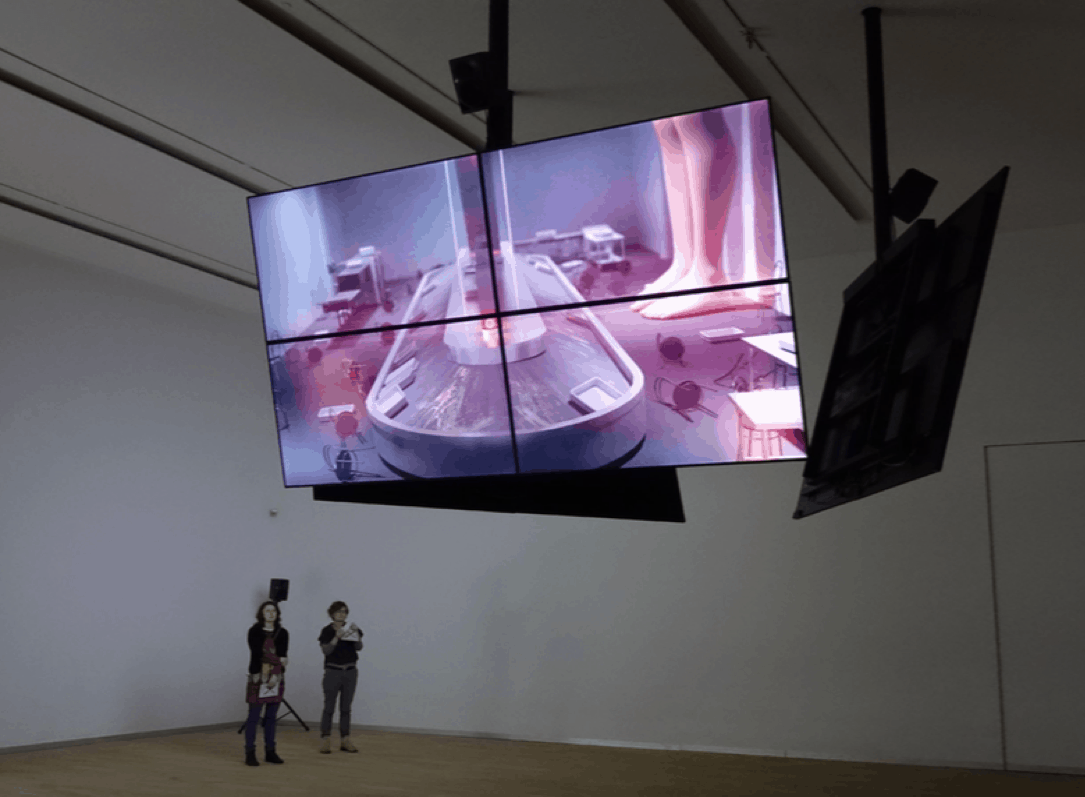 Safe Conduct, recently acquired by the Adrastus Collection combines three channels which are each made up from four (2x) 65″ CGI video walls hung from a gantry crane, that are then suspended in triangular formation from the ceiling in a fashion that appears to bear down on the viewer. The film displays the practice of border security at an airport and plays on the ubiquitous nature of the machinery of the conveyor belt as the looped structural motif of this work. ‘A model’ is used to experience this and is subjected to unrelenting demands of the conveyor belt, visualized by the gradual incline to lunacy as the model removes body parts to be scanned in the security system. “To be honest, this is making me a little uncomfortable”, the model says politely, as he peels off layer after layer of his face, detaches his hands, ears, eyes and places his organs in airport security bins to the exultant sounds of Ravel’s Bolero. This almost comical situation unfolds in an empty airport but is a mock of the extensive examinations one is put through in a normal airport when having to relinquish objects on a extensive scale. The examination process is magnified in Atkin’s work by the array of matter, pineapples and body parts, all approximated in CGI rendering to give this a realistic style. As travellers, we become complacent of this treatment and the passive aggressive nature of the airport that slowly strips away our identity and belongings. However Atkins chooses to react to this conveyancing of apparent physical objects and body parts in a violent manner, as this examination can be linked not just to the physical but clearly to the emotional too. It can be seen to be the principal force behind his incline to lunacy and emphasized as the 3 series of tape is set on repeat. This recurrent experience demands the viewer to reassess this absurd routine one considers as normal by making it seductively grotesque. The model’s unsettling unrest is, “an experience mediated by technology,” as Atkins explains, and his work can display this desolation. CGI’s particular capacity to be a realistic cartoon and at the same time occupy emotional realism plays on this idea in Atkin’s work.

Taking the topic of abjection as the theory behind this work, one can clearly visualize condemnation and a sensation that the model is made to experience in the habitual  process of airport security. Atkins’ works often centers on this unidentified figure, used as a kind of surrogate for the artist, who is animated by Atkins’ own performance. Abjection can therefore be understood in this work as Atkins’s personal and almost confessional abjection and Aktins’s sole prevail.[2] But by deciphering this self-abjection one will understand that the digital has by in large crept under our skin and now forms part of many of our own identities, even feeling lost without a mobile phone. Atkins’s mix of media between video and audio emphasizes this idea but also leads us to more deeply examine the visceral. One could touch on theories of image and how the image of matter is transformed into the digital, playing on the role art plays in the digital world. As Atkins explains, “images that conspicuously attempt to hold material, to perform as material, even as they turn to code and are spirited elsewhere,[3]” could be seen as a new shift in the perception of art. Video art with this particular violent imagery allows Atkin’s to express his abjection and his attempt to critique art.

Aktins has always said that he never regarded art highly and his critique of the system can be referenced to similar movements in the past. In particular, that of the surrealists and Bataillean theoretical practice, as Atkins refers to the philosopher Julia Kristeva in Safe Conduct and her comments around abjection, in particular when we see the severed head of the model.[4]  In Severed Head: Capital Visions, Kristeva discusses representations of severed heads as bringing to mind our fear of death, and considers the head “as a symbol of the thinking living being.[5] Atkin’s use of the avatar or ‘a model’ has always played a part in the history of both art and cinema, a fictional character for the author’s narrative. But in this topic of lunacy and ultimately death is linked to the use of technology as he Is using his animated puppet to display the destructive quality and harmful effect it will cause in future generations.