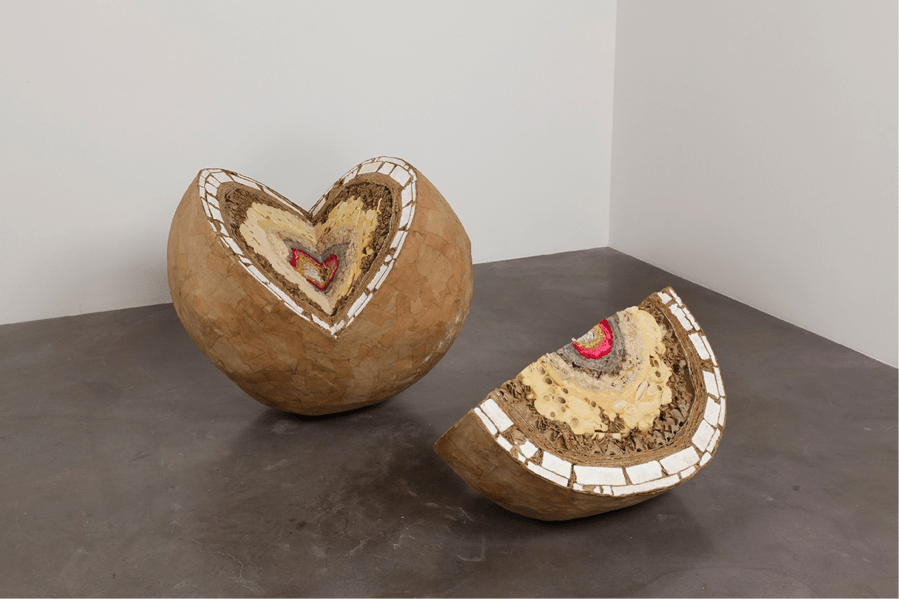 Born in 1967 in Mexico City, Damián Ortega began his career as a political cartoonist, sharpening his critical eye and honing his incisive sense of humor during a time of political unrest. Ortega’s practice delights and challenges viewers with a mix of humor, poetry, and engineering marvel that reveals the hidden artistry and possibilities in everyday objects while at the same time framing their social connotations. While best known for his sculpture, the artist’s work also includes multimedia installation, photography, and video. Throughout his multi-faceted and dynamic oeuvre, Ortega maintains a signature attention to material truth and simple beauty, creating some of today’s most powerful works in any medium.

Ortega engages themes of materiality and form, function and obsolescence and the concept of “progress,” as well the myriad forces that shape our environment. The artist often literally deconstructs commercial products to reveal their constituent parts or constructs simple forms in new and complicated ways. In these deconstructed objects Ortega takes apart entire machines and suspends each piece, individually revealing the mysteries concealed behind their day-to-day form. 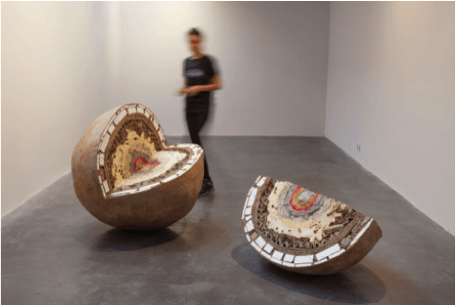 Damian Ortega’s work is often a balancing act: using balance and coordination as tools and powerful conceptual gestures, the artist’s work frames the delicate –and at times unstable– forces that constitute the contemporary society and the environment in which we live. Through meticulous study, the subject of Esquema del mundo: Estratigrafías (2014) illustrates the incredible age of our planet, a measurement that is otherwise overwhelming in its scope. For Ortega, this metaphor is a ripe opportunity to explore how basic principles of geology such as the phenomenon of sedimentary layers, can be used as a formal approach to making sculpture.

The Mexican artist found a high similarity between a geology book and a sculpture book, so he decided to create an interpretation of the tectonic faults and slips represented in a micro scale. “I really liked the idea of working with coatings and creating a sculpture of layers over layers. Wrapping over wrapping, layers and strata of time that form an object, its façade and face and how it changes day to day. Like trees, which mark their rings and make their growth and age visible through them, so do earth layers. The pieces, like this one, are simply formal games. Their variables come for example from forming a fruit by layering its seed, or the stratigraphies of a planet or tree.”[1]

Adrastus Collection’s Esquema del mundo: Estratigrafías (2014) materially and visually plays with issues of monumentality, and the fragile complexity that underlies our everyday landscapes. This work alludes to both the geology of the earth and the complex science that we use to study it, portraying the dense materials that under extreme pressure, layer upon layer, physically comprise our planet. This pressure is interpreted in Esquema del mundo: Estratigrafías (2014), whose forms and formative processes are derived from the way that rich minerals of unusual colors and textures come together to form a rock, a mountain, and the earth. This work powerfully engages in the relationship between natural forces and the ancient search for metaphysical meaning. These mysterious objects speak directly to cosmic questions of origins that have occupied culture since the beginning of recorded history. 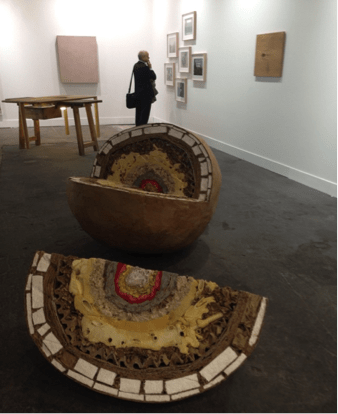 Ortega has been the subject of major exhibitions at both The Barbican and Tate Modern, London, Centre Pompidou, Paris, The ICA, Boston, The Gwangju Biennial (2002) and the Venice Biennial (2003 and 2013). His work is in the permanent collections of MoMA, New York, Tate, London, Centre Pompidou, Paris, MOCA Los Angeles, Carnegie Museum of Art, Pittsburgh, and Cleveland Museum of Art, to name a few.