Karl Holmqvist: Give poetry a try 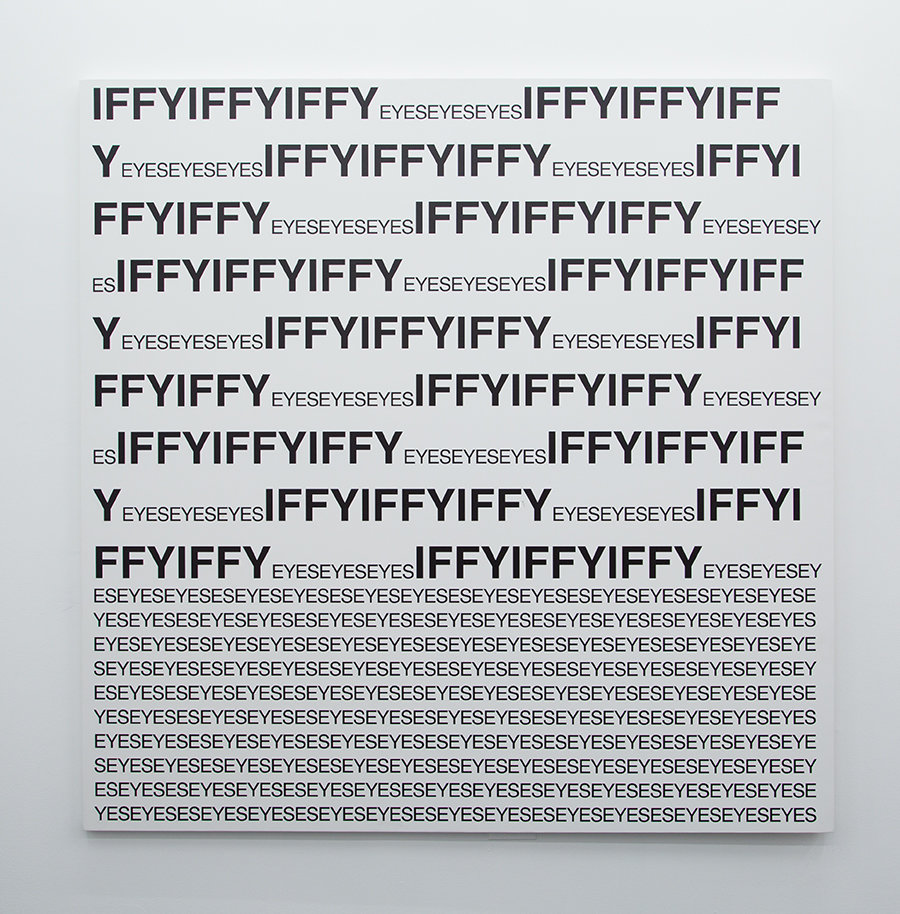 Swedish artist Karl Holmqvist uses a wide range of formats, such as poetry readings, installation, and painting, to bring out the primal qualities of language. His body of work has been inspired by Adam Phillips. The British psychoanalyst and essayist had stated that poetry’s distinction from the arts is its lack of market value. “We might look to poetry now because poetry is marginalized-which is the best thing about it! There’s no money in it and very little glamour. And this seems to hold within itself the possibility that people will be freer with their own thoughts.” [1] Holmqvist has suggested that poetry’s freedom of speech may be a critical position from which to contemplate art’s relation to the market. That is to say, by placing his poems into canvases, Holmqvist tries to mitigate the market’s oppression of the artwork through the poetry’s autonomy.

Holmqvist has described American English as a slippery language “imposed on us,” but one that “allows for reinvention.”[2] Such imposition can be contended by homogenizing banalities such as hashtags, newspaper headlines, memes, and urban slang. His poetry is composed of famous and diverse anecdotes, in which one can find Gertrude Stein, Chicks on Speed, William Blake, and The Rolling Stones. In the case of Untitled (IFFYIFFYEYESEYES), the urban slang “Iffy Eyes” refers to the odd look you make when the visitor tries to read Holmqvist’s poem on the canvas.[3]

Another strategy used to combat English imposition is the repetition and rearrangement of expressions and utterances to unsettle their original meanings: “I deal a lot with ambiguity. I like to play with words and I like it if sentences have multiple meanings. A way of doing that when you read them out loud is through not using intonation.”[4] In fact, he likes to play with the capacity of words to shift and re-signify. As echoed by the perceptible meaning of the words “Iffy” and “Eye”, the text functions in Untitled (IFFYIFFYEYESEYES) as a visual material or a big block of text. Indeed, legibility versus visibility is one of Holmqvist’s characteristic themes. Holmqvist’s printed text work concentrates on the spatial dimension of language and typographic repetition. In Untitled (IFFYIFFYEYESEYES), the visual layout of the poem is just as significant as the meaning of the words. The artist turns the action of reading words into part of a visual composition, just like the Futurist’s Visual Poems (i.e., Apollinaire and Marinetti), the Dadaist poems (i.e., Tristan Tzara or Richard Huelsenbeck), and even the Concrete poetry in the 60’s (i.e., Max Bill andÖyving Fahlström). All these artistic and poetic movements were meant to give typography a surface to become a visual work of art.