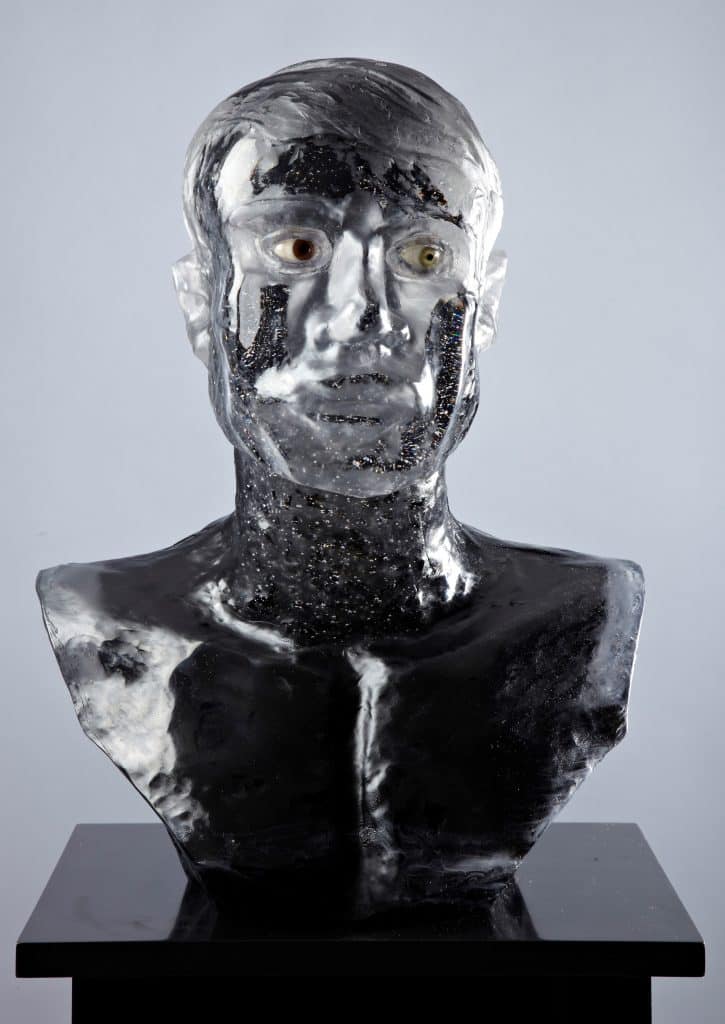 Carter has gained critical recognition in the past decade with his complex collaged paintings; “anonymous” sculptural busts and works in video and Polaroid photography. His preoccupation with issues pertaining to identity and individualism permeates his artistic production and is manifest across otherwise divergent media. His play with facts and fictions should not be seen as an attempt to surpass a clear concept of the author and be absorbed in an anonymous artist’s collective striving toward supraindividual practices, a method that has increasingly been attempted in recent years. On the contrary: Carter’s artistic signature appears very characteristic and individual; subtle variations of constantly changing colors, forms, and means of design can be traced throughout his entire oeuvre.

Born in Norwich, Connecticut in 1970, Carter studied at the Maryland Institute College of Art, earning a BFA degree in 1992. In 1994 he studied at The Skowhegan School of Painting and Sculpture, and in 1997 received an MFA degree from the University of California, Davis.

In his earlier works, Carter used handmade, marbled paper as support background and pasted-on synthetic hair as artificial representation of the corporeal. But recently his artistic methods have been essentially changed, evolving from drawings to three-dimensional models, Carter’s sculpture Although (2010) poses as a synthetic aesthetic in his ongoing practice of artistic “self-cloning”. His uniform, life-sized male bust of Although (2010) seems to stare ahead through their differently colored glass eyes at a future of clones that has long no longer been utopian. Constructed primarily of Gaffer lead crystal, Carter’s bust retains the rough-hewn texture of their malleable material. 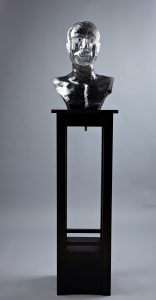 The human being stands at the center of Carter’s entire artistic oeuvre — in terms of essential characteristics as well as the formation of an individual personality as a process of a subjective interior view and a construction of external definition and attribution. Though titled Although (2010), Carter conceives his sculpture as amorphous and anonymous, illustrating a process of becoming someone who transcends gender and social convention. In Adrastus Collection’s artwork titled Although (2010), Carter points to the constant transformation of psychological identity and its dependence on social, cultural, or political relationships. Identity is not a clear construct, but is always multilayered and forms in a field of tension between demarcation and adaptation, individuality and uniformity, anonymity and public.

Not a pure power of imagination, Although (2010) is the starting point of his visualization, but intensive body studies. Products of an artificial process of transformation and never reality, Carter not only exposes the illusionistic and representational character of anonymity, but also points out that everything that has to do with gender, sexual or social identity, is not natural, but merely a phenomenon and product of a social and cultural process of construction.

Eight heads form this series were custom cast for Carter by RAS for the exhibition Rive Gauche / Rive Droite Paris, 2010.  Other two heads are featured in the 2012 film, “Maladies”, written and directed by Carter and starring James Franco. 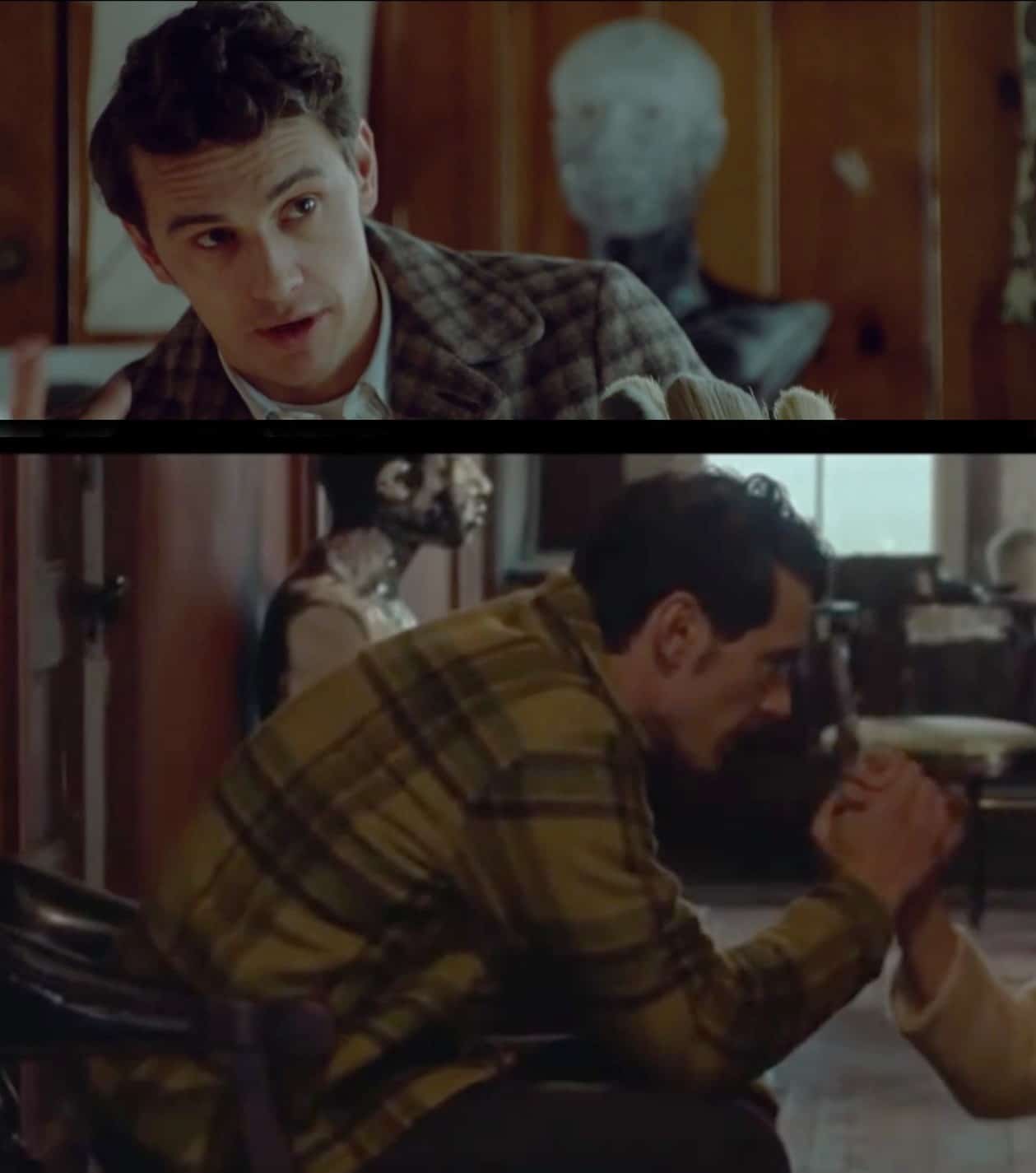