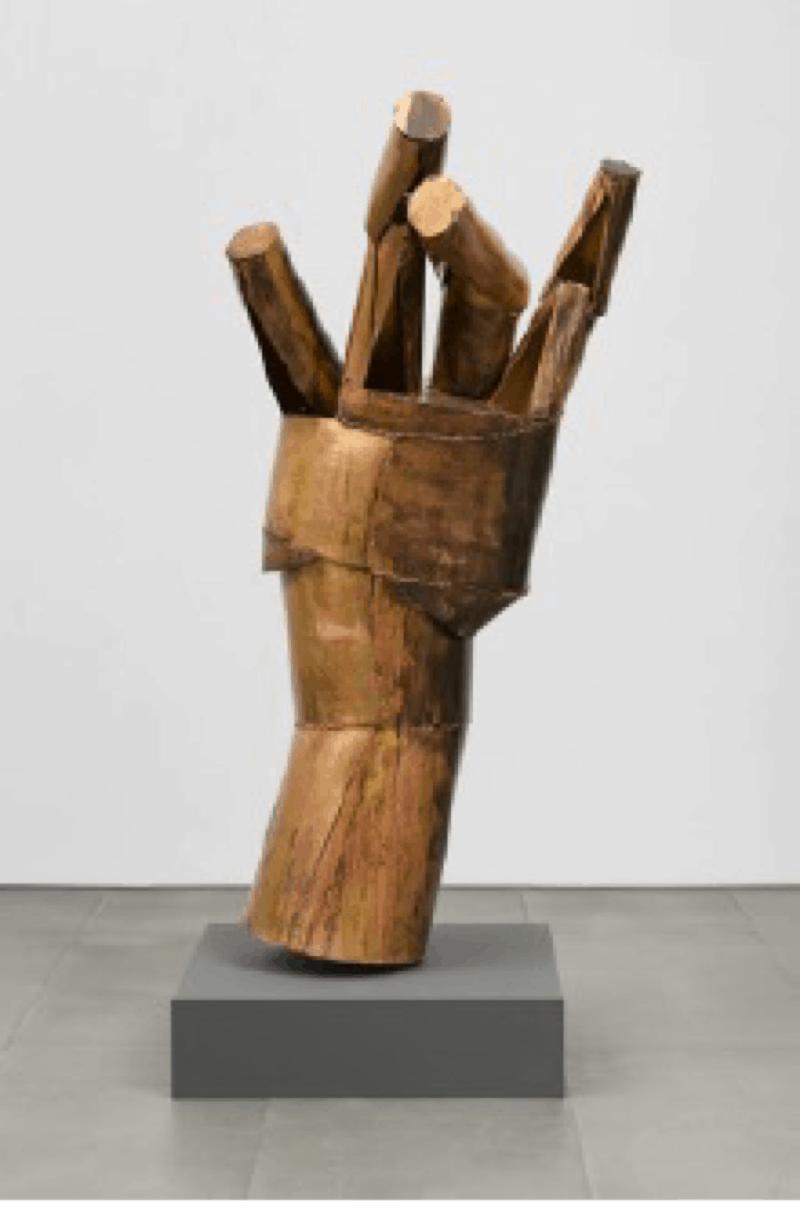 The young French artist Caroline Mesquita’s practice unfolds as she works with raw materials that offer the possibility of transformation. Bending copper sheets and adding to oxidized plates is a technique which has been performed throughout the majority of her career as she is able to recompose a narrative in the shape primarily of human forms. Creating a corpus of fragmentary characters or objects with shifted textures and tones.  However, this transformation can be seen in various mediums from video, to more recently, from an architectural point of view.

“I started my practice with an interest in space,” says the artist Caroline Mesquita, “really trying to understand how I could produce a work for a particular space and time.”[1] Mesquita’s sculptures, in particular Adrastus Collection’s recent acquisition Hand 4 is able to incarnate this complex assignment. The sculpture made of oxidized brass was originally placed in the center of the exhibition and of religious objects such as other sculptures of Jesus Christ and the Virgin Mary. The object identification with the old and tarnished sculptures surrounding brings to focus the contemporary use of the human hand whilst at the same time processing sensitive yet tactile evocations of her choice of material. Her choice of objects embodies body aspects, alive and organic, almost as if Hand 4 is still moving or even performing a cinematic sequence. This staging is key to the work of Mesquita and her dialogue with space and time. Additionally her use of metal supports hers dialogue, “because it also has character and it responds to me immediately when I am working with it.”[2]  The metal sheets of brass are usually light and flexible, allowing Mesquita to produce the sculptures herself. “Metal has a lot of its own properties and qualities, and oxidizes very differently depending on what sort of chemicals you are using and where the metal and chemicals come from.”[3] It is this use of the chemical and the resistive, subjective quality of the material that allows Mesquita to extract a unique experience for the viewer in front of the religious relics. 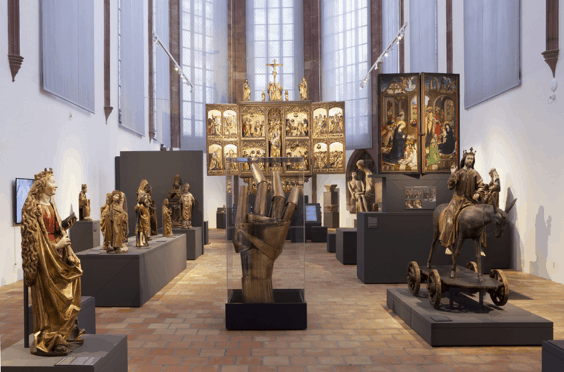 Staging is a decisive component and it is continued in the dialogue with a video also purchased by the Adrastus Collection: The Machine Room (2018). This work was presented at the same time as Hand 4 at Art Basel 2018. Mesquita exhibited the video, alongside various sculptures inside the Barfüsserkirche. The video, displays a room filled with enigmatic devices, including the giant brass hand, Hand 4 reminiscent of an oversized armoured glove of a knight and also depicted in the video as it moves over and among human figure. The artist herself plays a role within this video as she tries to depict herself as a helpless victim of technology. Mesquita embodies a number of different personalities and professions as she changes clothing, hairstyles, and accessories, and over and over, they are obliterated by coarse brushstrokes. Mesquita directly echoes the recollection of spaces and events as it captures, different scenarios and purposely blurs the line between fictional operations and realistic mise-en-scènes. 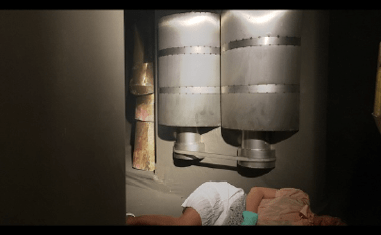