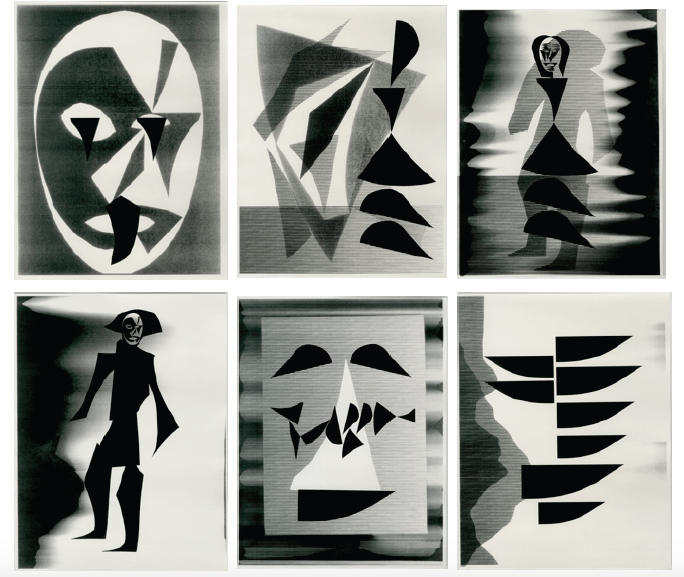 Carlos Amorales has been working on compiling an archive of images since his early artistic projects. His imagery combines contemporary subculture, traditional crafts, popular culture and conceptual art. Having grown between the Mexican and the European iconography, Amorales has created his own aesthetics. His narratives, based on art historic research as well as on personal experiences, often carry an unsettling, daemonic undertone. In the late 1990’s Amorales started out with setting up Wrestling performances, such as are wildly popular in contemporary Mexico, at leading museums such as the Tate Modern, MOMA San Francisco and Centre Pompidou among others.

Through the constant reinterpretation and transformation of images in this archive, Amorales’ work became increasingly more abstract—a process he likens to early printing presses. Once a form is emptied of meaning, when it detaches from its associated content, it can inhabit the world graphically, opening the possibility for new interpretations and associations to arise.

Adrastus Collection’s most recent acquisitions, Partitura para Ocarinas (2016) are part of Amorales’ unique visual vocabulary that has become his signature style stems titled Liquid Archive, a digital database containing hundreds of drawings generated by the artist and subsequently used and reused in his multifaceted body of work. In these drawings, the artist uses vector graphics to generate the outline of these familiar images, creating a sense that the images are on the verge of disappearing, and capturing their silhouettes just before the moment of dissolution, like the aura of a ghost. As an image bank, Amorales’s archive becomes a visual vocabulary intended for collaborative use and reinterpretation, with the artist positioned as a critical filter, an interface between forms and their potential meaning. In Partitura para Ocarinas (2016), Amorales commissioned a musician to generate a score inspired by a selection of images derived from the same source.

Begun in 1999, this growing collection of images is the tool that unifies Amorales’s artistic oeuvre as its motifs migrate from medium to medium. For more than ten years, Carlos Amorales has created an archive of images that give rise to different works in media like video, installation, sculpture, drawing, painting, and collage. The archive has been constructed from images taken from books, magazines downloaded from the Internet, or films, which have been converted into vector drawings on the artist’s computer. Like many archives, Partitura para Ocarinas (2016), too, are made up of different categories, including figures of animals, people, and skulls.