Tomás Saraceno: Nature as an Endless Source of Inspiration 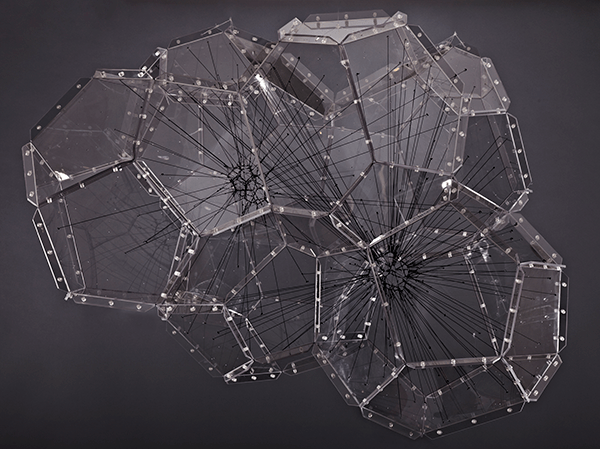 Throughout the last decade, he has explored the possibility of a future airborne existence as part of his ongoing project Air-Port-City / Cloud City Project –a utopia of flying metropolis made up of habitable, cell-like platforms that migrate and recombine as freely as clouds themselves. Inspired by the progressive proposals that migrate and theories put by R. Buckminster Fuller, Gyula Kosice, Yona Friedman and other visionary architects before him, Saraceno developed Untitled (2011) to invite viewers to conceptualize innovative ways of interaction with one another, as well as with their surroundings.

Oscillating between the fields of art and architecture, Saraceno’s sculpture Untitled (2011) is a network of structures based upon the possibility of floating in the air as if they were clouds: light and dynamic in constant transformation. Untitled (2011) is a floating space made up of geometric air structures joined in a network of webbing. It is a vision that reveals how unstable our world and how volatile the categories used to describe our world really are. Saraceno deploys insights form engineering, physics, chemistry, aeronautics and science materials to create airbone biospheres with the morphology of soap bubbles, spider webs and neural networks. 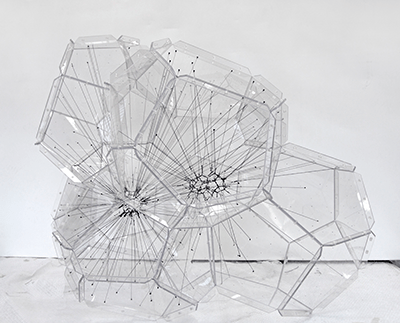 Tomás Saraceno’s work defies traditional notions of space, time, gravity, consciousness and perception through architectural, social and communitarian means that are utopian and participatory in nature. Inspired by an interest in affecting change in the way we live and experience reality; each work is an invitation to conceive of alternative ways of knowing, feeling and interacting with others. Concurrently, Saraceno appeals to the creative faculty of his viewers, involving them in situations and actions that demand their ingenuity, participation and responsibility.

The natural world is implicitly, elaborately, endlessly interesting as is, without one iota of human intervention. Nature and the built environment affect and shape everyday life in myriad, unavoidable ways. Saraceno’s work underscores these truisms: nature as an endless source of inspiration, human need as a constant prod to innovation.

Untitled (2011) was lent by Adrastus Collection to The Axel & May Vervoordt Foundation and the Fondazione Musei Civici for the exhibition PROPORTIO held at the Palazzo Fortuny, Venice during the 2015 Bienale. This exhibition received the award of “Best exhibition of the year” and analyzed the role that proportion plays in our lives and the complex universe in which we live. 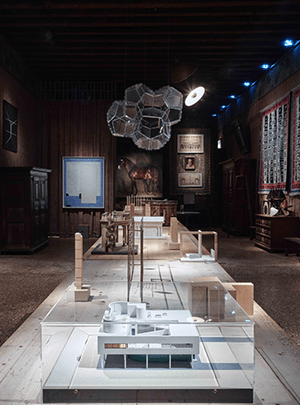 Among his many exhibitions since the late 1990s, Saraceno’s important solo presentations have been included at the Villa Croce in Genoa, Italy (2014), HfG Karlsruhe in Karlsruhe, Germany (2014), The Metropolitan Museum of Art in New York (2012), Kemper Museum of Contemporary Art in St. Louis (2011-12), Bonniers Konsthall in Stockholm (2010), Walker Arts Center in Minneapolis and Blaffer Art Museum at the University of Houston (2009-10). Saraceno also presented a major installation at the 53rd Venice Bienale in 2009. His work is presently represented in the collections of the Museum of Modern Art in New York, Miami Art Museum, Musée d’Art Moderne Grand-Duc Jean in Luxembourg, Museum für Moderne Kunst in Frankfurt, San Francisco Museum of Modern Art, and most recently at Adrastus Collection.