Tacita Dean’s Film on the Artistic and Historical Endeavor 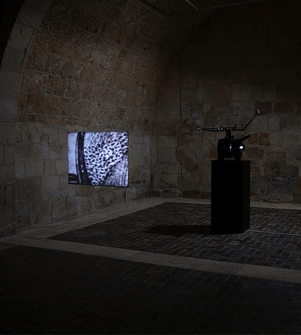 English draughtsman, photographer and filmmaker, Tacita Dean showed a predilection in her early years for expressive formats more often found in the cinema. And while Dean can appreciate the past, her art avoids any kind of academic approach. Dean‘s art is carried by a sense of history, time and place, light quality and the essence of the film itself. The focus of her subtle but ambitious work is the truth of the moment, the film as a medium and the sensibilities of the individual.

Tacita Dean’s practice combines the hand of the artist with historical elements, resulting in films and drawings that suggest a joining together of the past and the future. Dean archives this through the visual eloquence of her filmic works, which are first and foremost an exploration of the medium and how viewers connect to it. About this desired encounter, she has stated, “With film you look, and with video you just see.”[1]

The Friar’s Doodle (2010) reviews the history of the Monastery of Santo Domingo de Silos beyond its monumentality, classifying the traces of everyday life in the scribbles and graffiti of the columns of the cloister. In this inventory, the British artist shows a varied set of uses of space, such as a witness to the work of the stonemasons, the rudimentary medieval games or the use of the monastery as a shelter, building a fragmented and collective cultural history and relating film and photography with the evocations of minor narratives. 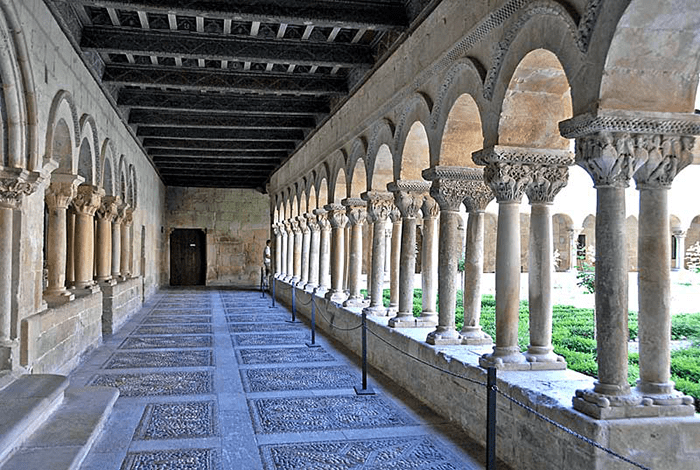 In this artwork, which is part of Adrastus Collection, Tacita Dean portrays the doodles and graffiti that surround the colonnade of the Romanesque cloister of the Abbey de Silos, a Benedictine monastery in northern Spain, and offers and image of what the monks may have drawn along the centuries. In this 13-minute, 16 mm color film, Dean uses a rostrum camera to produce animated images in which she closely follows the squiggly drawings.

The Friar’s Doodle (2010) opens up the consideration of interpretational mechanisms that unfurl to decode the graphic remnants in history. The heterogeneous engravings that Dean photographs come from diverse sources: ornamental sketched for the cloister, traces of work created by craftsmen to calculate the price of services, or board for games, quite possibly made for the laborers as they awaited the moment the pillars that lay on the ground were placed on the building. 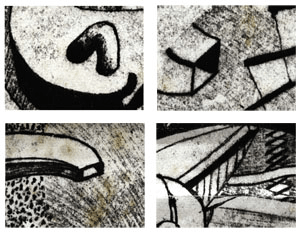 However, the subject of The Friar’s Doodle (2010) is actually based on an element from the artist’s own life. For more than forty years, Dean held onto a book that contained, between its pages, a folded photocopy of a drawing that was given to her when she was a Catholic schoolgirl in the 1970’s by a young friar named Martin Jeffs, who was studying theology at a nearby university.

The obstinate way in which Dean uncovers the original image underlines the necessary processes of discovery to decipher the scene as a whole, without letting the camera move back to show the composition in its entirety. Seen cumulatively, as it were fragments over time, the surrealistic composition can be known fully only in the mind’s eye. The artist had declared that “It is as if my frame of mind is analogue when I draw: my unconscious reverie made manifest as an impression on a surface.”[2] Dean’s refractory manner of revealing the original images serves, metaphorically, to underline the protracted procedure of investigation required to decipher the bigger picture inscribed in Silo’s fabric. For the carved and etched subjects in the photographic inventory which Dean shot during her second visit to Silos offer a sometimes indecipherable, often fractured record which undermines any presumption that history might be singular, solid and sealed.

The Friar’s Doodle (2010) is an archive which becomes a visual analogue of day dreams, musings and fights of fantasy that, while fixed in the past, is nonetheless familiar and accessible: kin to our everyday, speculative forays that drift outside time, with no discernible endings. “While The Friar’s Doodle (2010) similarly attests to the persistence of intuitive impulses that drive us to position ourselves with the lexical discourses of history, it also invites reflection on the interpretative mechanisms we deploy to decode their graphic residues.”[3] Therefore, Dean sees the creation of this artwork’s part artistic endeavor and part perpetuation of the work that the Benedictine monks began centuries ago.

Most recently, a monographic show of Tacita Dean is being held at Museo Tamayo in Mexico City from November 5th to March 12th, 2017. This show will present works in diverse media and will gather a wide selection of some of her most relevant pieces, which includes 16mm films. This first exhibition of Tacita Dean in México places under observation concepts such as time and casualty in order to establish how there determine the interpretation of the past. Through a series of found documents and objects on the verge of vanishing, a relation between the absent and the act of looking is established in diverse works. 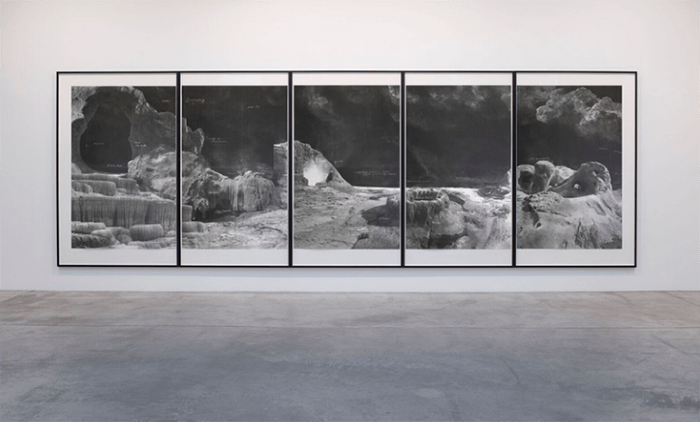