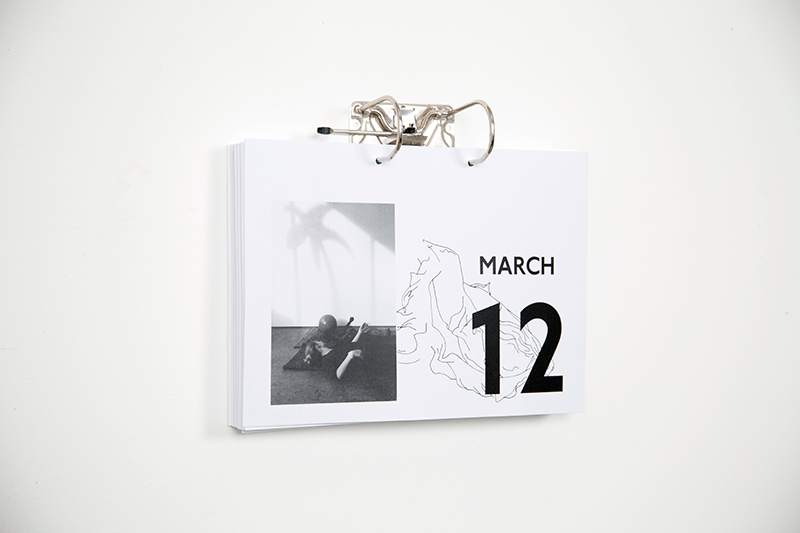 And what if no one believes this truth? (17 June), 2014
Metal lever arch and black and white laser printed A4 paper.

One of Britain’s most prolific artists, Ryan Gander is known for creating playful, engaging works in a range of mediums, from installation and sculpture, to performative lectures, films, drawings, publications and inventions.

Gander is interested in and inspired by the world. He notices things very closely and is alert to the possibilities of the everyday. Gander’s practice is preoccupied with design, play, creativity, and imagination, and it is these principles that connect directly with Gander’s lack of disciplinarily.

Gander’s practice is conceptual and his modes of production often start with an idea or a question, where he then creates narratives around his objects and installations that interrelate and are a combination of fact and fiction. These narratives are often personal, involving details and stories about his own life and people in it; or cultural, often deconstructing “popular notions and rebuilding them in new ways”. Instead of imposing rules or limitations around which to make work, he begins the making process with an investigation.

Adrastus Collection’s most recent addition And what if no one believes this truth? (2014) is a homemade calendar that is put together in a DIY manner. It is mounted on the gallery wall with a metal arch lever, and is printed in black and white on laser printed A4 paper. On each page there is a date and a month alongside notes, images and photographs from Ryan Gander’s notebooks. These notes and images range from Gander’s research and ideas for artworks to general “to do” lists. 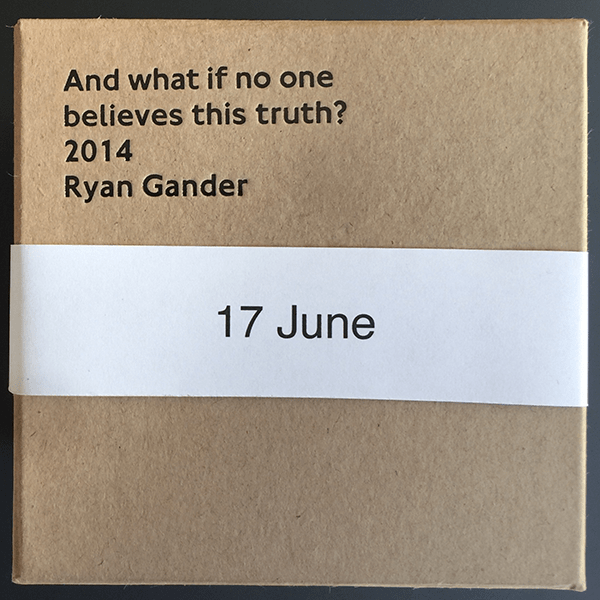 The calendar is produced in an edition of 365, and each edition is named after a year and a date. If the work is purchased, the file is delivered on a USB so that the owner can reprint the pages annually. So, as Charles Richard said: “Don’t be fooled by the calendar. There are only as many days in the year as you make use of.”

Like the majority of Ryan Gander’s work, And what if no one believes this truth? (2014) questions what an art object is and how it functions. The crudely made calendar printed on photocopy paper begs to be picked up and leafed through, however the traditional gallery setting holds us back from reaching for it. The DIY nature of the calendar with Gander’s scrawls and scribbles, sits at odds with the stark walls of the white cube. It looks small and modest against the vastness of the gallery. The work could also be seen as a homage to the making and thinking processes behind an artwork.

Although Gander’s practice is prolific, this artwork emphasizes the central role of narrative in his work. Known for his quirky, engaging and multi-faceted works, Gander is a storyteller and his artworks are inspired by his everyday and the world around him. Gander sees his role as an artist is not to create works that “pander to a spectator” but rather, push and provoke new and different ideas, allowing viewers to explore and make up their own minds. He is a morally conscious artist, interested in creating art that will contribute to art history and deep discussions around the notions of art making. 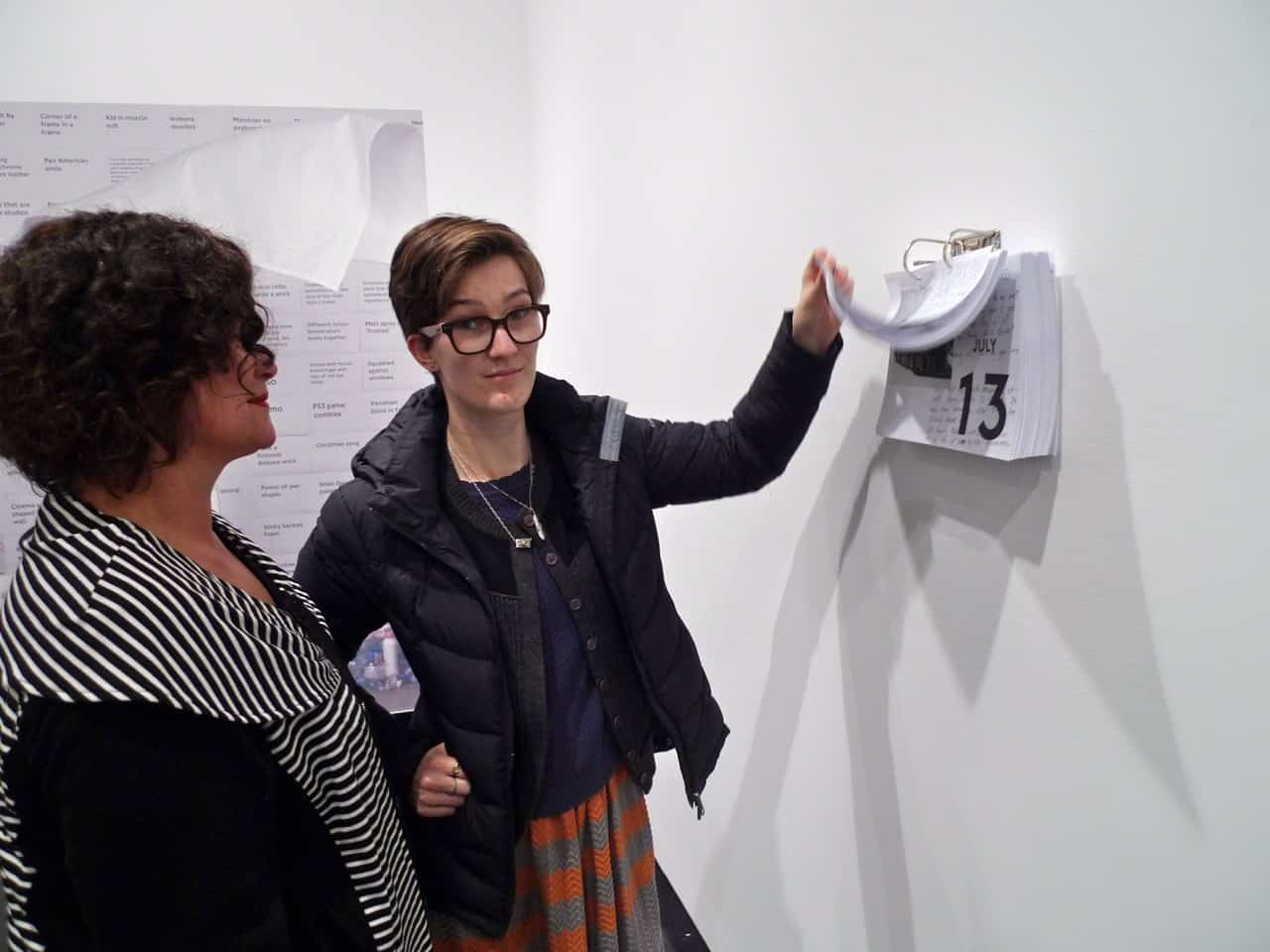 Ryan Gander was born in Chester, England, in 1966. He completed a Bachelor of Interactive Arts at Manchester Metropolitan University, Manchester, in 1999 and then completed a Post-Graduate Research degree at the Jan van Eyck Akademie, Maastricht in the Netherlands. Ryan Gander has exhibited widely internationally, including most recently at The National Trust, London, UK; Manchester City Art Gallery, Manchester, UK; Taro Nasu Gallery, Tokyo, Japan; and the Palais de Tokyo, Paris, France. Gander also completed a research residency at the Rijksakademie in Amsterdam. Ryan Gander lives and works between London and Suffolk.