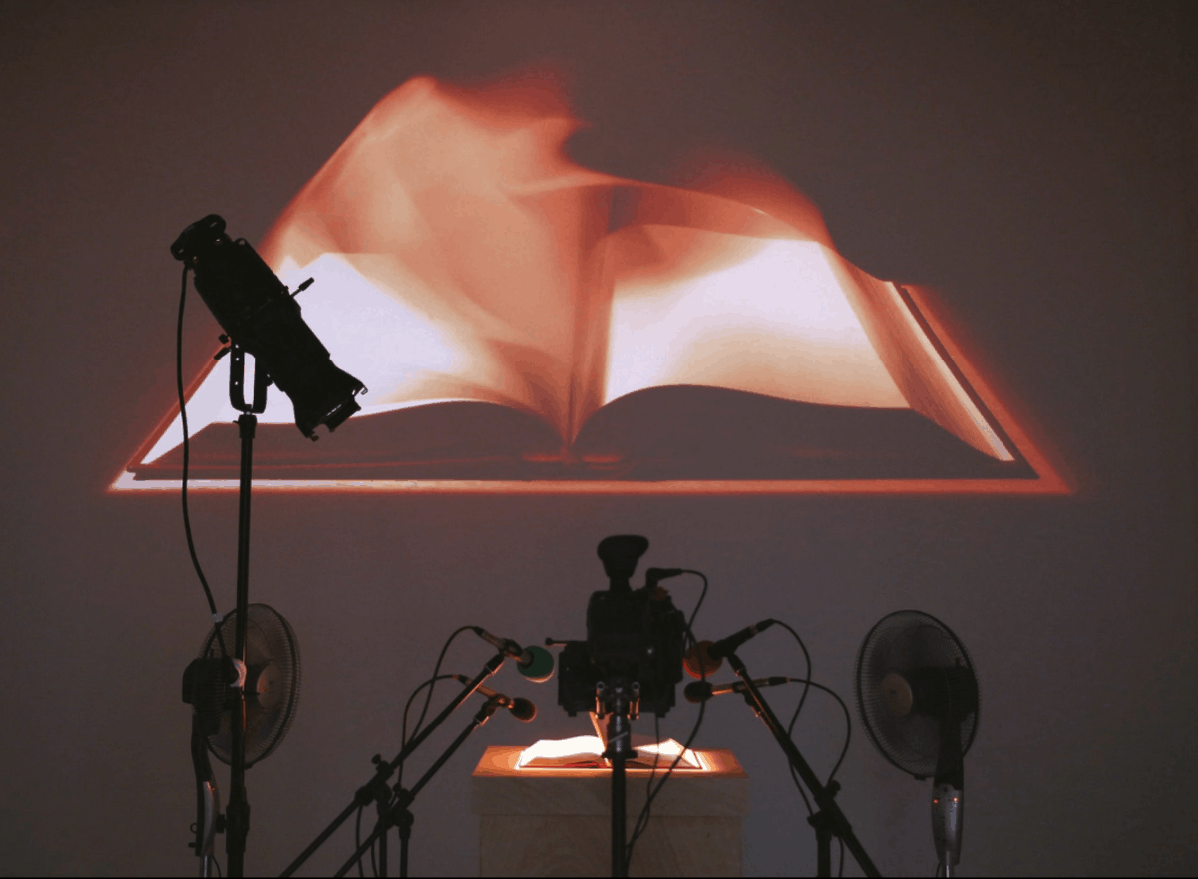 Nida Sinnokrot was born in 1971 in Jeannette, US and currently lives and works in Jerusalem. He is a Palestinian-American artist, raised in Algeria, who focuses his production on installation and cinema. The artistic production of Nida Sinnokrot uses common and material objects that appeal to memory to provoke the realities of psychology in Israel and Palestine, making alterations that generate a sense of displacement, anxiety, and volatility in the familiar. These themes resonate throughout his work, echoing his experiences.

In Exquisite Rotation (Fakir Fans) (2015/2016) an open copy of a bound and illuminated manuscript sits atop a lectern, surrounded by an array of broadcast media technologies and two oscillating fans. Lit from above the book’s pages turn, at times with hesitation and at times, whipped and thrown, in a ballet of illumination. A live feed captures and projects the flickering of the book’s empty pages, animated by periodic gusts of air from mechanically oscillating fans. Microphones encircle the book to amplify the sound of its fluttering pages, yet this accumulation of objects is at once beautiful and disquieting; their spindly bent forms hover over the manuscript like a huddled group of examiners autopsying a prone body—in this case, a history erased or yet to be written. 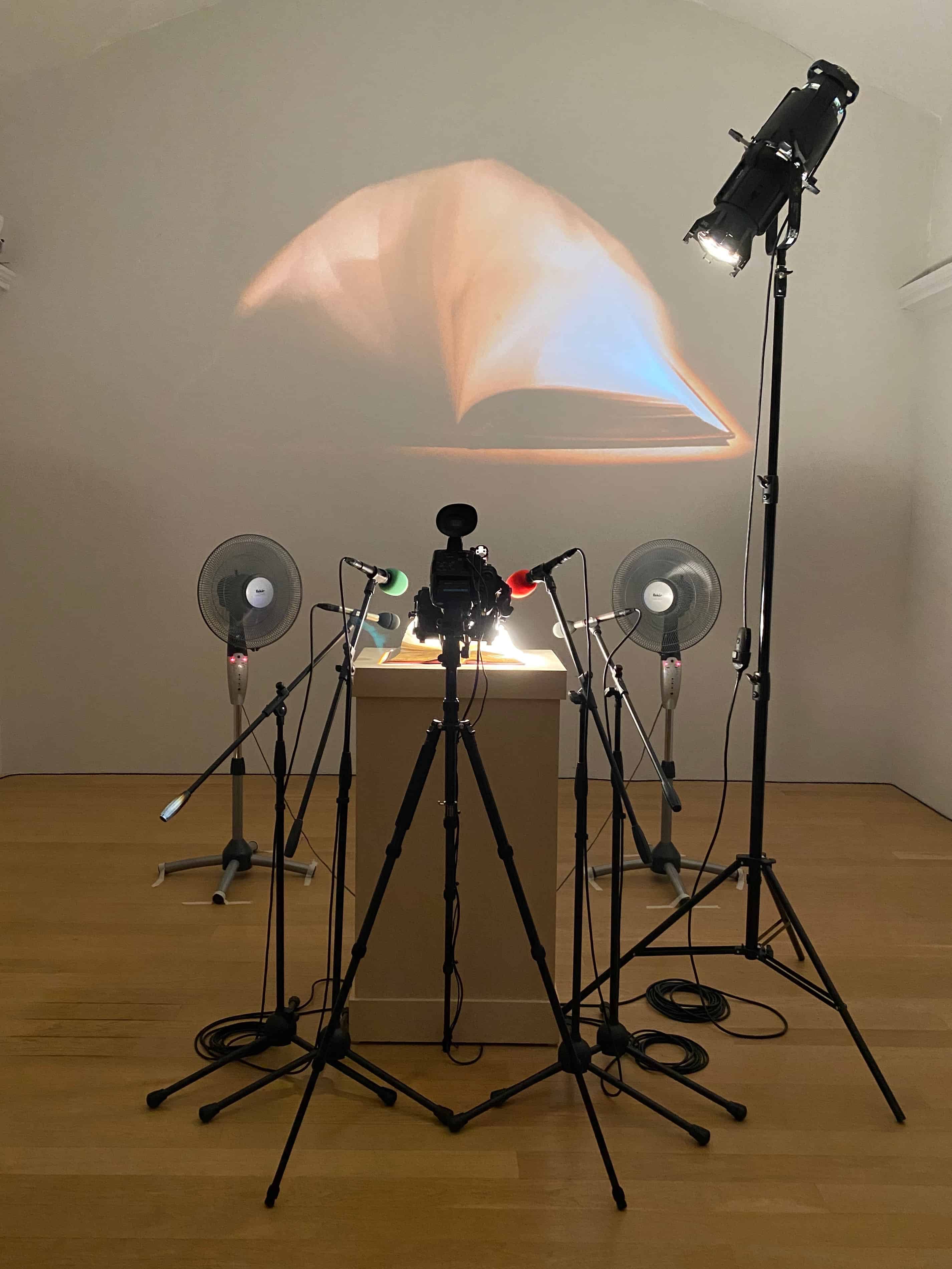 The work Exquisite Rotation (Fakir Fans) (2015/2016) sheds light on a different way of looking in which the linear time and fixed perspective that we associate with the traditional big screen, as the photographic lens or the projection screen are disrupted. In this artwork, Sinnokrot aims to transcend the mechanisms of mass media such as photography and film, countering them with an array of new, critical narrative strategies. His camera functions as a tool to speak about his native country, displacement and the relation between technology and colonialism. In this sense, his desire to liberate the cinematic machine as we know it, is also an expression of his own hybrid identity. Sinnokrot is currently based in Jerusalem but, as the son of Palestinian parents, he spent his childhood in Algeria and moved to the United States as a teenager.