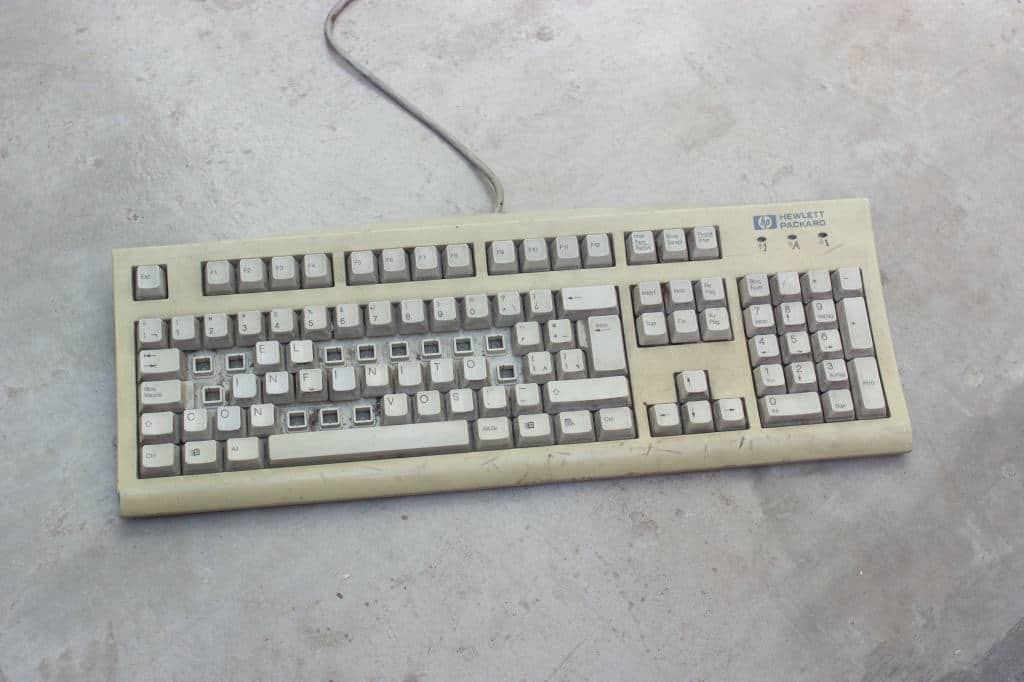 The Adrastus Collection is proud to present the work of Nicolás Bacal. His low-tech installations frequently feature a DIY (do-it-yourself) aesthetic that may appear unspectacular. In Untitled (Infinity with you), the artist uses an old keyboard as a plastic representation of melancholy. Through the replacement of keys with others from similar keyboards, Bacal has embedded a deeply emotional message in the otherwise commonplace apparatus.

Although plain in form, Bacal’s body of work actually explores the complex evolution of human sentiments through time. In the referred artwork, the aged keyboard is designed to be a vestige from a previous relationship. The simple object, now carrying a personal statement, conveys uncertainty and fear of abandonment. Furthermore, by exhibiting the artwork by itself on the gallery floor (and thus taking it out of context) the formerly everyday machine feels as if it had been casted aside (like its owner). This grief of abandonment and damage to an individual’s self-esteem seems to be a common line in this series. Such sentiment of melancholy also arises from Unititled (Nunca me Abandones), 2015.

Why do these artworks invite melancholy? One explanation lies in the fact that Bacal has chosen an artifact, well known to everyone, which is regularly used to transmit thoughts, ideas, stories and memories. The use of the machine seems to be lost without any such messages to be communicated. In dramatic fashion, Bacal’s keyboards retain the final and desperate message from an author to a lover that has been lost. The last plea before the fatality of a relationship, as well as the technically useful life of the keyboard; both have seemingly clung to the death. 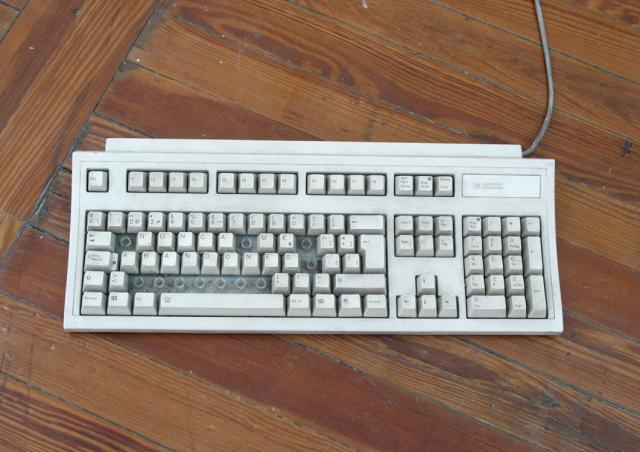 Nicolás Bacal (Buenos Aires, 1985) is a musician and visual artist. Despite he graduated in electroacoustic composition from the National University of Quilmes, he has done several workshops and training programs in visual arts at the Fundación Telefónica and Centro Cultural Rojas. He has participated in various group exhibitions and received recognition from a number of organizations, outstanding amongst which are the MacStation Paradigma Digital (2007), selection for the Fundación Klemm award (2007 and 2009), and third prize in the projects category of Mamba-Fundación Telefónica (2009). He has had solo exhibitions mainly in Buenos Aires, Paris and Sao Paulo. In 2011 he participated in the 12th Istanbul Biennial and in 2013 in the 9th Mercosul Biennial.