New Acquisitions: Poisoned by men in need of some love (Pavo cristatus) by Petrit Halilaj

The work of Petrit Halilaj manifests some tangents, superficial maybe, but visually captivating, with the formalizations of Land Art and Arte Povera movement of the sixties, at least for what concerns the use of specific materials —such as earth, wood, branches, metal, animals, both stuffed and alive — that seems to echo the work of masters such as Walter de Maria, Robert Smithson, Jannis Kounellis and Gilberto Zorio. However, the content of the reflections carried out by the artist leads to entirely different dimensions, rooted in a more intimate discourse often linked to rework memory and mental reconstructions that have to do strictly with the past and the identity of the artist himself. As a child and a witness to the war in the nineties leading to the breakup of former Yugoslavia, Halilaj, then, despite having lived and studied in Milan, keeps alive the memory of his origins by amplifying memory in an imperial and sadly never melancholy reenactment. 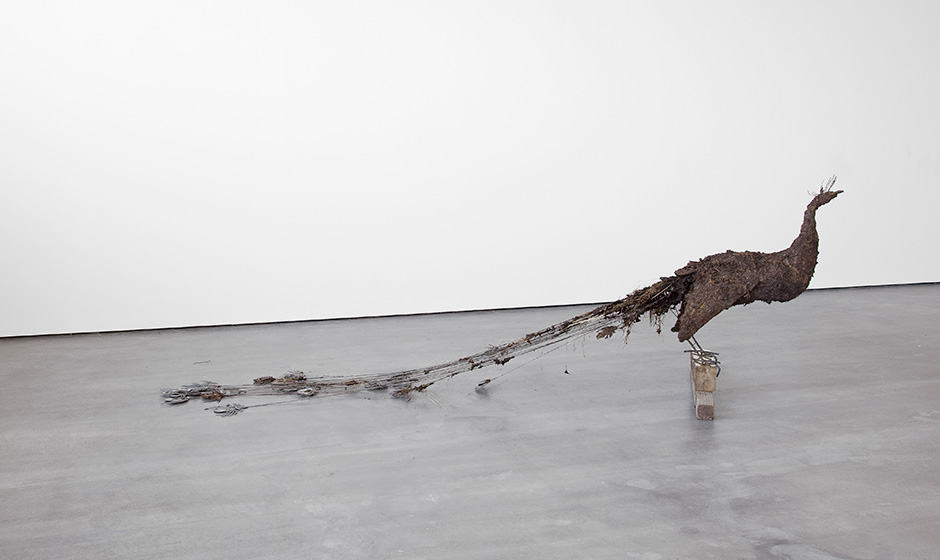