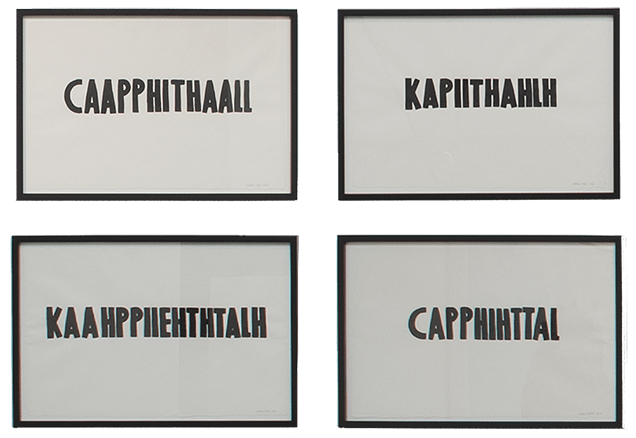 Born in Germany (1974), and graduating from the Academy of Arts and Design Offenbach, Germany (2003), Nasan Tur’s work reflects the social conditions in which it is produced, often exploring political ideologies, subliminal messages, and the symbols of power and dissent that are present throughout the urban landscape.  An exploration of the tension between public action and inaction is intrinsic to his practice, with a participatory element often implicating the subjectivity or presence of the viewer. The boundaries of communication, as well as the tentative, or fragile nature of perception, are both driving forces behind the practice of the artist, and many of the situations that that he creates.

Adrastus Collection is proud to have within its assemblage four artworks from Nasan Tur’s artwork Variationen von Kapital. In this installation, a computer scientist was commissioned to create a formula, which enables the computer to generate all possible spelling variations of the word “Kapital”, so at least phonetically when reading, it still sounds like “Kapital”. The computer calculated more than 41.000 possible variations. Randomly generated, the artist transferred the variations, given by the computer, by writing with a brush on handmade paper. Each of those drawings were dated and signed by the artist. A reflexive relationship between mechanical and hand-crafted methods of making is suggested; the initial spelling of each word is selected by a computer, with the artist then meticulously painting each selected word onto hand-torn Tibetan paper using Indian ink. When presented together, the sphere of authenticity that exists beyond the technical becomes apparent. Though the installation is comprised of approximately 800 seemingly identical drawings presented in a regular grid, each drawing is in fact entirely unique. 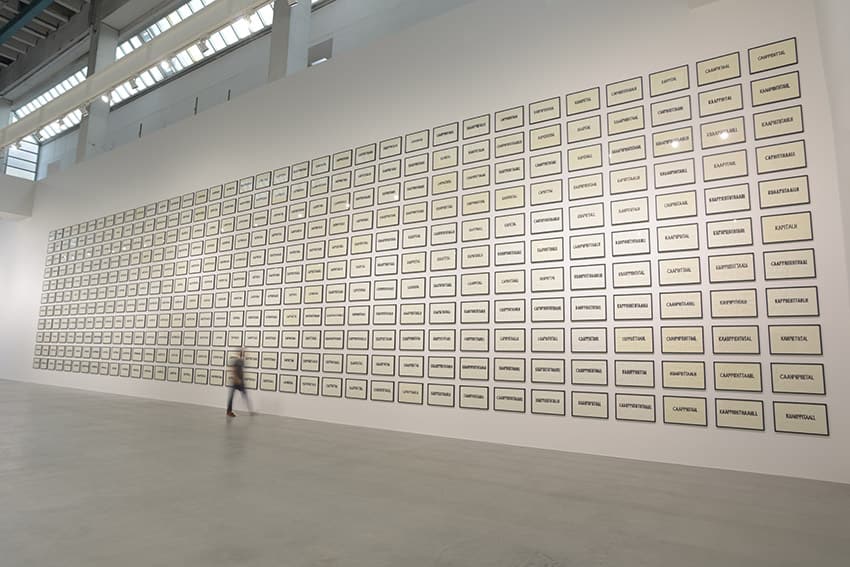 Furthermore, this installation has its reference in Karl Marx’s Das Kapital, as well as ideas regarding the exploitation of labor, systems of mass production and individual artistic agency. Das Kapital is one of the major works of the 19th-century economist and philosopher Karl Marx (1818–83), in which he expounded his theory of the capitalist system, its dynamism, and its tendencies toward self-destruction. He described his purpose as to lay bare “the economic law of motion of modern society.” Much of Das Kapital spells out Marx’s concept of the “surplus value” of labor and its consequences for capitalism. 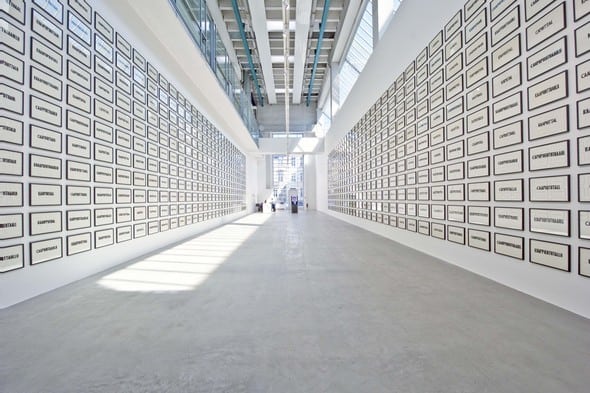