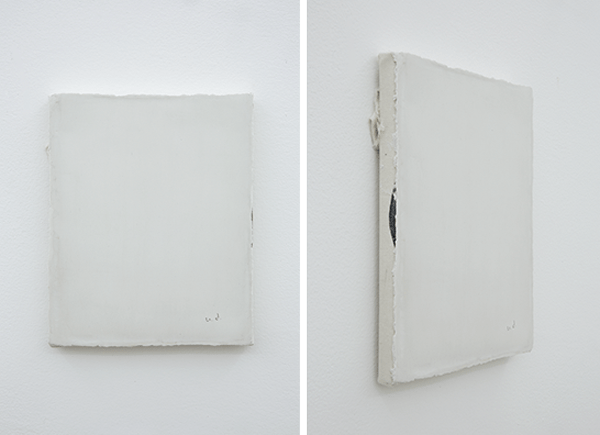 Appropriation, storytelling, reenactment, repetition, and reportage are some of the strategies that the Mexican artist Mario García Torres (born 1975 in Monclova, Mexico) deploys to uncover (hidden) histories, narratives, and strategies embedded in sites and places and thereby to highlight the limitations of factual evidence and the subjectivity of historical records and objects.

One of the most important investigation fields of Mexican artist Mario García Torres is the contemporary archeology. Deeply immersed in in the direct attachment with the historical setting involved in each of his projects, Torres’s ideals are linked to each location, recovering and exposing them once again like fossils over a canvas. In the Adrastus Collection’s most recent acquisition duplet includes Torres’ artworks titled N.D (000029) and N.D (000030), this feature becomes literal. This series is a referential gesture to his own work, making his own historiography part of his body of work. 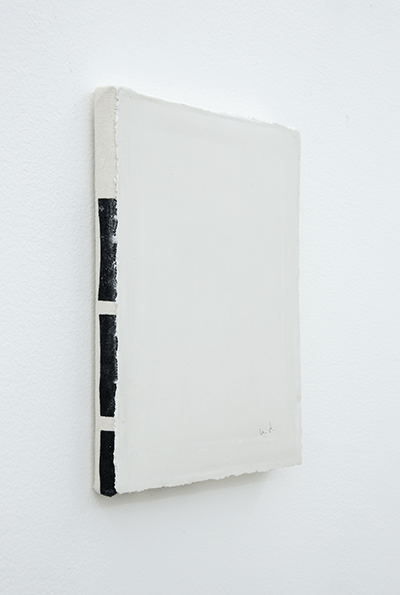 Furthermore, the artistic evolution of Mario García Torres has driven a quest about art as an occurrence. That is to say, Torres considers art as a riddle of affective relations that once dissolved, evidence an era’s politics. Artworks such as N.D (000029) and N.D (000030) links the precedence with the incentive, separates the source from the intention and finds a way to find a space among time. This statement is applied by ceasing to date his artworks. The disjunctive creative process in the production procedure of an artwork does not necessarily involves a timing singularity. By eliminating the creation’s date of his art pieces, Mario García Torres decontextualizes it and confers freedom of immediate interpretation and chronological restrictions. This suggests that any of his artworks might have been produced anytime during his career and might different meanings in distinct eras.

Torres’ interests lie in art historical master narratives that include embedded, forgotten, or perhaps occluded histories that he seeks to retrieve and reconfigure in order to reinsert the fragments into the current conversation about particular artists and periods. This strategy connects the past to the present by raising awareness about the construction of historical knowledge and how excluded content may reveal something about the nature of memory and even the submission and resistance to authority.

Mario García Torres has earned degrees at Universidad de Monterrey and the California Institute of the Arts, Valencia. He has presented solo exhibitions at Museo Tamayo, Mexico City; Pivô, Sao Paolo; the Hammer Museum, Los Angeles; the Stedelijk Museum, Amsterdam; the Hirshhorn Museum, Washington; Museo Nacional Centro de Arte Reina Sofía, Madrid; UC Berkeley Museum of Art and Pacific Film Archive, Berkeley, the Wattis Institute, San Francisco; Museo Madre, Naples, and the Kunsthalle Zurich. His work has also been exhibited in Paris at the Centre George Pompidou and the Musée d’Art Moderne de la Ville de Paris; the Tate Modern in London and the Kröller-Müller Museum in Otterlo, the Netherlands, as well as in the Museo Universitario de Arte Contemporáneo in Mexico, and the Guggenheim Museum, New York, among many others. García Torres has participated in numerous group exhibitions like the 29th Sao Paulo Biennial; the 2010 Taipei Biennial; the IX Baltic Triennial, Vilnius; the 8th Panama Biennial; the 2008 Yokohama Triennial; the 52nd Biennale di Venezia; dOCUMENTA (13), Kassel; and Manifesta 11 in Zurich.