Leonor Antunes: A secluded and pleasant land. In this land I wish to swell · New Museum, New York 2015 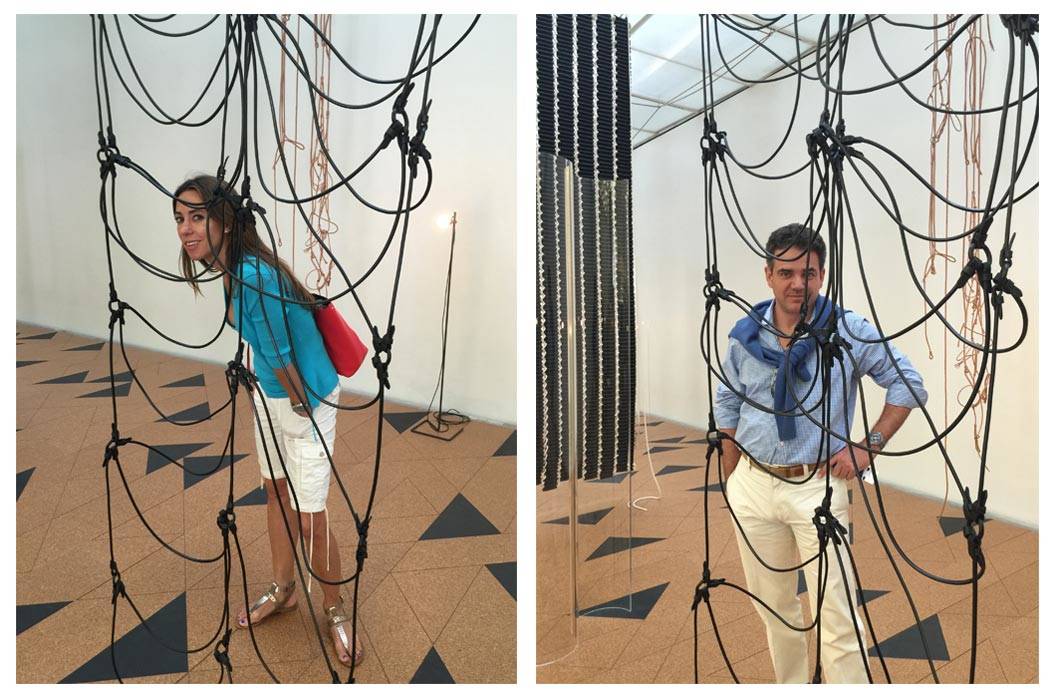 The artwork, A secluded and pleasant land. In this land I wish to swell (2014), authorship of the Portuguese contemporary artist Leonor Antunes (Lisbon, 1971); is one of the most recent acquisitions made by The Adrastus Collection. This artwork, asides of being the primary image and cover on the next catalogue from the new showing of the New Museum in New York, titled: Leonor Antunes: I stand like a mirror before you, held during June and the following moths until September of 2015; represents the artist’s dedication and enjoyment for the study and the analysis of the exhibition space on which every artwork has its development. She gets also interested in different contexts from which her works emerge and have its origin from. In general, her discourse is based upon the use of repetition, chance and the unexpected, all three, as dialectic constants in every artwork. In turn, the material, in its autonomy character, acts as pin of Antunes’s aesthetic speech. Antunes as well, generates in every lace, string and net, a constant dialogue between superficial tensions and flows; which relate each other, at the same time, with the energy that stem from the exhibit area.