Lara Favaretto: When an artwork is reborn 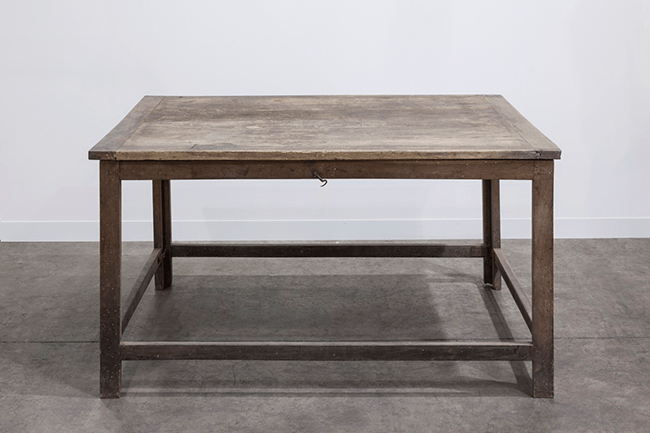 A sense of resignation to the forces of decay and obsolescence runs throughout Lara Favaretto’s work. Several of her art pieces are subjected to forces of decadence, consumption, and putrefaction, and gradually decompose or exhaust themselves.

Lara Favaretto’s practice is the outcome of profound conceptual research. Her works interact with space and with the setting and community around them, and they emerge in powerful, almost violent, actions while appearing with stunning aesthetic quality.

LF 16.001(2015) is composed by a wooden table on which the artist has intervened, filling with gold dust 24kt the holes created by woodworm. As though in an alchemical reaction, the table – which is destined to be literally devoured by these insects over time- is thus saved from an inexorable process of decay, entering an enchanted and suspended dimension of time. 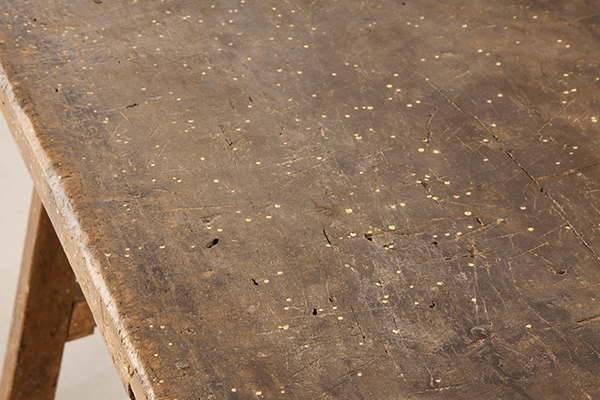 Favaretto’s artwork LF 16.001(2015), balance between failure and aspiration. The playful, celebratory visual language of Lara Favaretto’s art can be misleading. Despite her work’s evident humor, a tragic undercurrent runs throughout her practice.