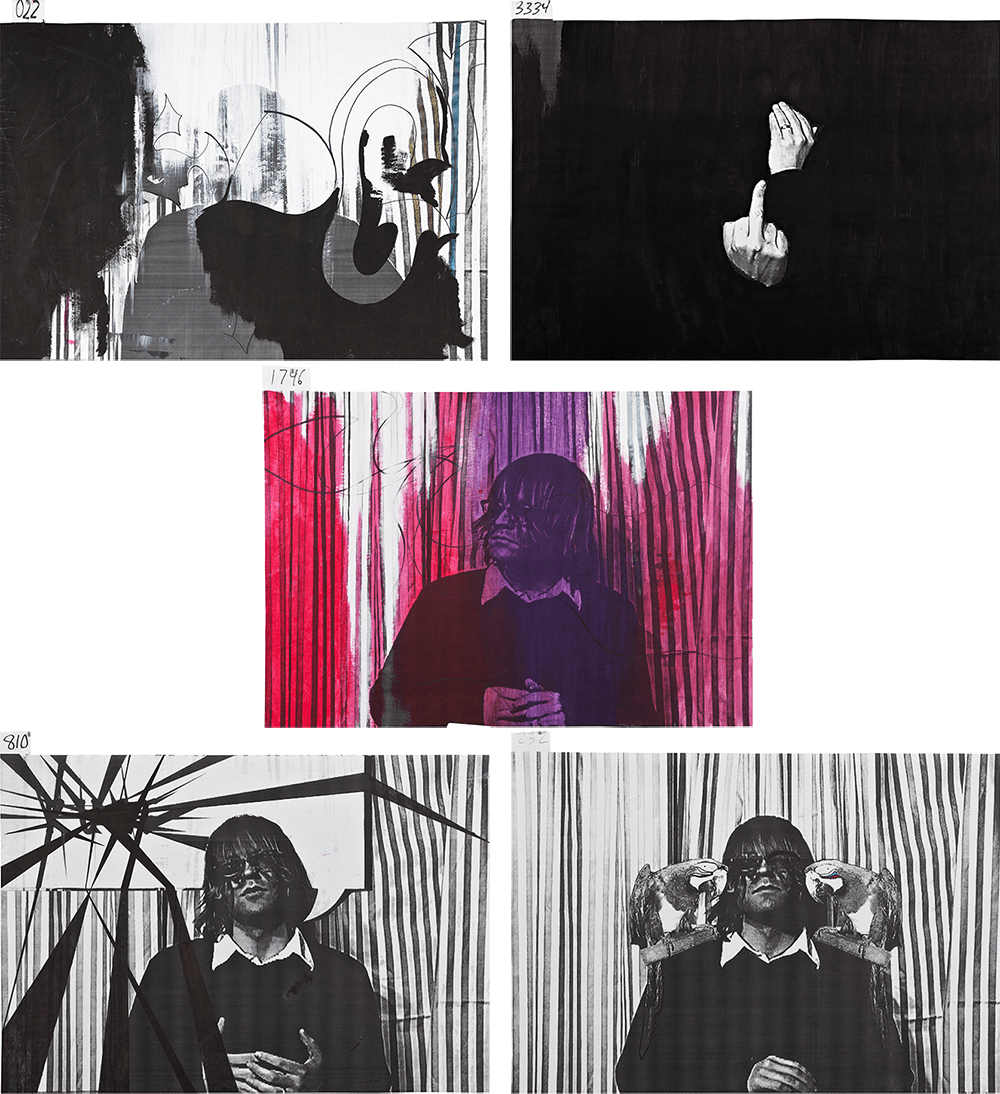 Untitled (Series of Return of the Parrot), 2005
Mixed media on paper

Yale graduate and Minneapolis-based artist Jay Heikes (b. 1975) is known for his heterogeneous practice, which mixes and reinterprets a kaleidoscopic array of media—activating stories, puns, and irony in a cyclical meditation. Themes of evolution and regeneration, stasis and corrosion take form in his artistic actions, recharging Heike’s previous narrative pursuits and reaffirming the notion that mutation and change are essential to the creative process.

Jay Heikes faces the vertiginous reality of popular culture as it has invaded the quasi-systematic field of art making. Through drawings, video and sculpture Heikes has questioned how vernacular culture has entered visual practice, regarding the validity and criticality of what is no longer a passage from one field to another, but an unquestionable presence of these signs in the field of visual arts. Since the distinction between “High” and “Low” is irrelevant, Heikes investigates what has or has not been learned from this dissolution of academic categories. He reflects on art historical precedents such as “appropriation” in 1960s Pop art or the late 70s and early 80s Picture generation, when the motivations were deliberately critical commenting on the sprawling culture of consumption both of goods and images. The goal might have been to undermine the contemplative mausoleum of culture by planting the seeds of a disruptive forest of signs.

In Return of the Parrot (2005), a series composed by twenty-four 30-by-40-inch prints, unframed and pinned to the wall in a grid, show pixilated blow-ups of a young man standing in front of a curtain, shaggy blond hair hanging in his eyes. He is posed differently in each, sometimes making what appears to be an obscene hand gesture, his figure partly obscured by collaged cutouts and doodles in tempera, graphite and marker. The performer is Jay Heikes himself with his loyal but insubordinate companion a parrot.

Adrastus Collection’s artworks from Heikes’ series Return of the Parrot (2005) present single images that relate key aspects of the joke are photocopied in large format, drawn over or erased by the artist, then installed like a running narrative on the wall. Through an elaborate process of translation—from verbal recitation to video presentation to visual re-presentation—the point of the joke becomes lose, an allusion to Heikes’ perpetual fear of losing control over his work and his ability to communicate.

“Freedom produces jokes and jokes produces freedom”, said the philosopher Jean-Paul Richter, as quoted by Freud in the latter’s 1905 study of jokes.[1] It is a simple, seemingly innocent conceit, but also misleading. To tell a joke, one must follow a script –the joke’s success lies wholly in the delivery. And the idea has a sinister undertone. Freedom, after all, does not necessarily equal benevolence, and jokes can be cruel.

The large-scale drawings in The Return of the Parrot (2005), depict images of the artist telling a meaningless joke progressively covered by drawings and collage. Despite that the composition has a gridline arrangement, similar to a storyboard for a film, it congeals into an absorbing study of narrative. Yet it is impossible to determine any sort of trajectory. The title, The Return of the Parrot (2005), offers a hint, but the viewer will never know the punch line. As the artist slowly disappears, the punch line fades away; and what remains is the process of interrogating a visual language, whether or not the audience is listening or looking. By depriving us of the outcome, the piece keeps us in a limbo, delaying any possibility of satisfaction, or, to return to Freud: “freedom”.