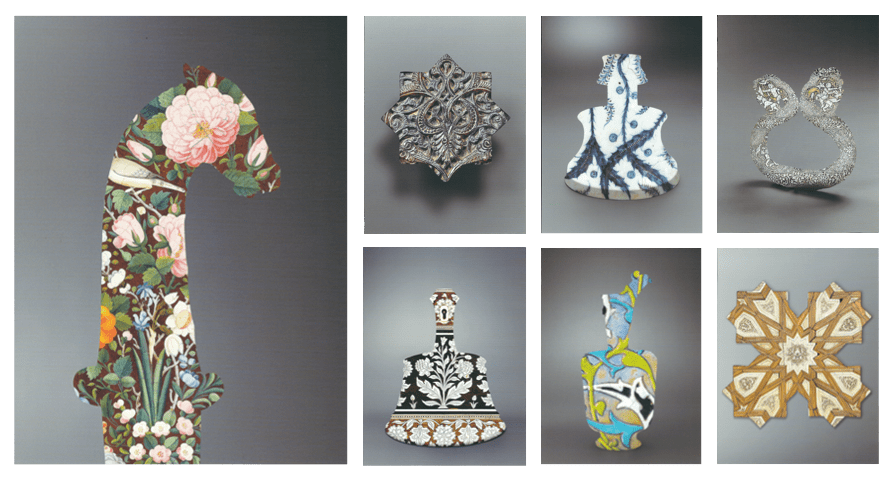 Dedicated to exploring the veracity of photographic and video documents in the public realm, the role of memory and narrative within discourses of conflict, and the construction of histories of art in the Arab world, Raad’s work is informed by his upbringing in Lebanon during the civil war (1975–91), and by the socioeconomic and military policies that have shaped the Middle East in the past few decades.

Preface to the Third Edition (2013–), a context-specific archival documentation reflects both on the reopening of the Department of Islamic Arts and the forthcoming loan of a small number of objects from that collection to the new Louvre in Abu Dhabi. Both of these chapters consider how these cultural paradigms may have been affected, both materially and immaterially, by the various wars and colonial occupations in the Arab world over the last two centuries.[1]

At the opening of the new spaces devoted to the Department of Islamic Arts inaugurated at the end of September 2012, the Louvre Museum invited the artist Walid Raad and gave him a “carte blanche” for three consecutive years. During this collaboration, Raad approached for the first time the “arts of Islam”, a concept that dates back to the 20th century as it is considered to be the date of the formation of public collections of Islamic art.

Preface to the Third Edition (2013–) is one section of Walid Raad’s on-going art project titled Scratching on Things I Could Disavow, which the artist initiated in 2007. His overall project proceeds from the recent emergence of large new infrastructures for Arab, Islamic, and Middle Eastern arts in the Arab world. In this research, the Lebanese artist engages in a dialogue with all that is at stake in the reopening of the department: the history of collections and their scientific and museum documentation, architectural and museographic design, and finally the institutional dimension of the project. These developments, when viewed alongside, the geopolitical, economic, social and military conflicts that consumed the region in the past few decades, shape a rich yet thorny ground for creative work. 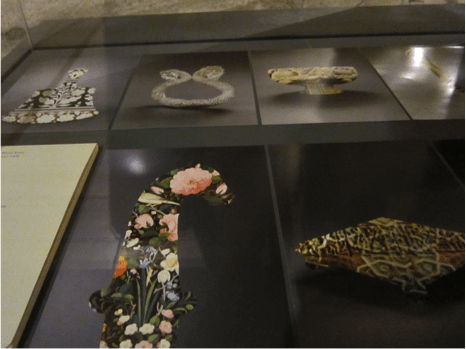 Preface to the Third Edition (2013–) at the Musée du Louvre, Paris

Preface to the Third Edition (2013–), was conceived by the artist as a component that focuses on the works of the Islamic Arts Department, recently photographed by Hughes Dubois. Of the nearly 18,000 objects held in the Louvre’s newly established Departement des Arts de l’Islam, 294 will be loaned to the Louvre Abu Dhabi sometime between 2016 and 2046. Of the 294 objects, 28 ­–included in Preface to the Third Edition (2013–)­– will be affected by the journey in ways that historians, curators, and conservators could not have anticipated nor predicted. While no one will doubt the consequent changes, their quality, cause and onset will be contested. Walid Raad created from this corpus of images derived visions, as a personal inventory of objects in the collection. This edition is presented in the form of 28 boards (20 x 27 cm) gathered in a portfolio with flaps imagined by the artist. 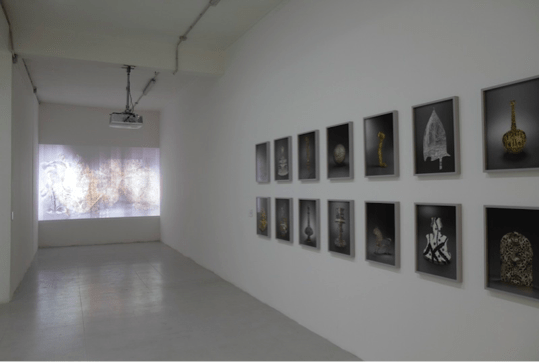 Preface to the Third Edition (2013–) at The Lebanese Association for Plastic Arts, Ashkal Alwan in Beirut.

The photographs in Preface to the Third Edition (2013–) are just one part of an iterative process that is growing increasingly layered as Raad’s work develops. In Preface to the Third Edition Acknowledgement (2014–2015) for example, Raad’s photographs become sculptural objects with their forms being printed on a 3-D printer and recast in plaster, resin and other materials.

Raad has been included in two Whitney Biennials, New York (2000 and 2002), Documenta 11, Kassel, Germany (2002), and the Venice Biennale (2013). He has also been awarded the John Simon Guggenheim Memorial Foundation Fellowship (2009); the 2010 Hugo Boss Prize at the Solomon R. Guggenheim Museum, New York; and the Hasselblad Foundation International Award in Photography (2011).