Through drawing, installation or environmental interventions, Jorge Méndez Blake brings life to literature. Blake’s conceptual language is cleverly constructed through the recontextualization of the connections between literature and art. In his body of work, the texts make sense translating themselves into shapes or images. That is to say, his works expand the possible readings by settling a physical link between the selected writings and the viewer.

Furthermore, Fiction is in Méndez Blake the beginning of everything. It is through fiction that a system becomes articulated within his work as an operation where memory plays a fundamental role of replicating the literary voyage. This genre is evoked in Adrastus Collection’s most recent acquisition titled From an unfinished work (The journal of Julius Rodman). This 85-piece artwork was created in commemoration of the American writer, editor and literary critic Edgar Allan Poe. Specifically, Blake entails Poe’s novel The Journal of Julius Rodman, which had begun to be published monthly in Burton’s Gentleman’s Magazine in 1840, but Poe stopped his contributions in Chapter Six. The work remained unfinished until Poe’s mysterious death in 1849.

The Journal of Julius Rodman purported to detail a 1792 expedition led by Julius Rodman up the Missouri River to the Far North. This 1792 expedition, if true, would have made Rodman the first European to cross the Rocky Mountains. Julius Rodman’s expedition was subsequently noted by a member of the U.S. Senate, Robert Greenhow, who wrote in a Senate document, “It is proper to notice here an account of an expedition across the American continent, made between 1791 and 1794, by a party of citizens of the United States, under the direction of Julius Rodman, whose journal has been recently discovered in Virginia, and is now in course of publication in a periodical magazine at Philadelphia.”[1] Rodman was actually a fictitious character invented by Edgar Allan Poe. To create this ruse, Poe penned the entire journal, relying heavily on sources such as Washington Irving’s Astoria and Lewis and Clark’s History of the Expedition to give his account a veneer of authenticity. 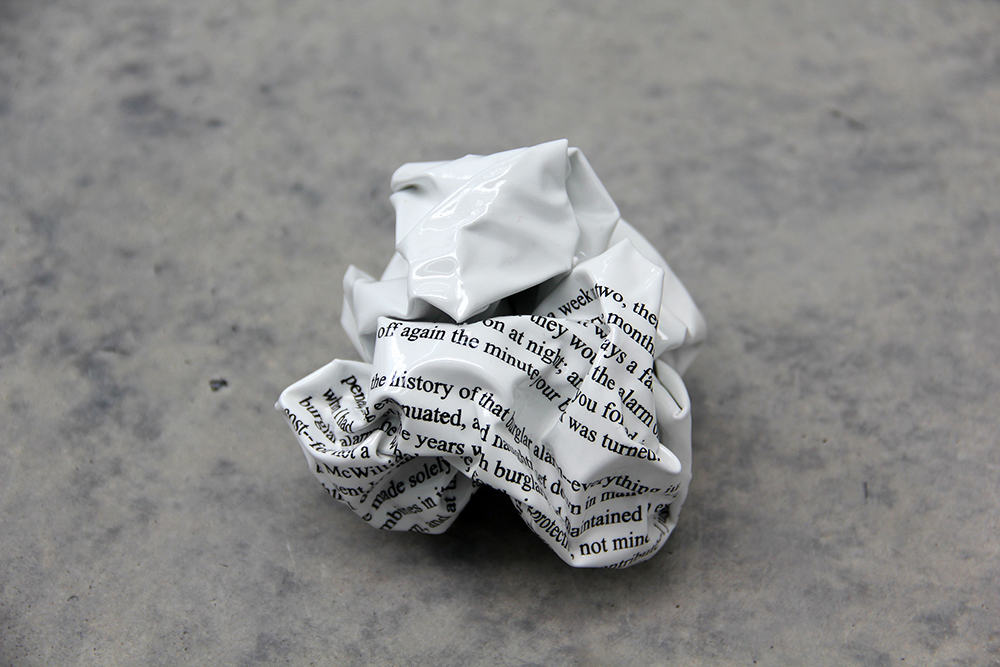 This literature masterpiece was of Blake’s special interest due to the numerous misinterpretations it has been subject to. Poe’s privileged literature talent has even humiliated an American Senate and put in doubt the veracity of a nation’s discovery inquest.

Blake’s remembrance of Poe From an unfinished work (The journal of Julius Rodman) has been presented at La Kunsthalle, centre d’art contemporain Mulhouse in France during the exhibition Projects Pour une Possible Literature, and Belgium gallery Messen De Clercq’s booth during Frieze NY 2016.