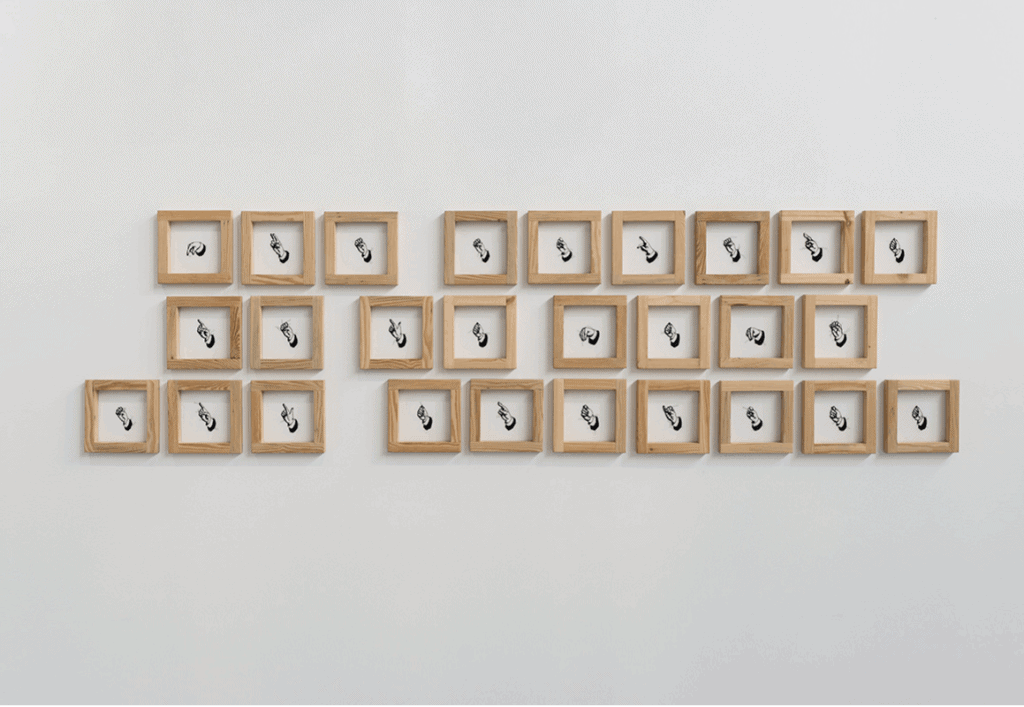 Humberto Junca’s artwork Handicap is composed of 27 wooden frames holding stretched silk canvases that are manually embroidered with black thread and that figure American Sign Language hand gestures. The handcrafted art piece is the visual representation of the phrase: “¿Qué espera de la mano del artista?”[1] This phrase contains Humberto Junca’s aesthetic thesis, which challenges the somewhat stereotyped profile artists as the society’s “gurus”, plentiful of knowledge and wisdom, and whose duty is to enlighten mankind.[2]

For the Colombian artist, art has no mystery and is at everyone’s reach, since artists have no special answers unavailable to other people. On the contrary, for Junca, art is the universal language in all its forms. It is the great equalizer and thinking agent. Junca would likely argue that art reaches across borders and connects the world, and that the main difference between everyday people and artists is that they stir imagination and take the time to pause, think and deliberate.

Furthermore, he uses the American Sign Language’s iconography in each frame to translate the powerfully charged meaning of the sentence into a globalized language. Since this language is truly used worldwide by deaf people, the resulting irony is the lack of knowledge of this gestural system by almost everyone else. 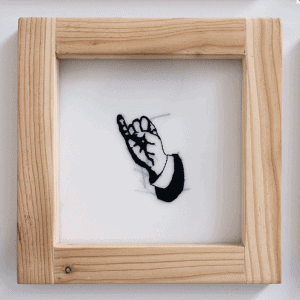 The needlework technique used in Handicap underlines the manual motif used in this artwork. The stitchery can be seen through the translucent silk, which allows the viewer to appreciate the irregular back of the needlecraft.

Having won first place at the “IX Salón Regional de Artistas”[3] at Bogota’s National Museum, Handicap has just been added to the Adrastus Collection. Created in 2000 by the Colombian artist, this handcrafted artwork was part of Phillips’ selection of Contemporary Art to benefit Vivarte. This philanthropic organization raises awareness and exposure for Colombian artists on an international level, while contributing to empower and transform the lives of vulnerable children in Colombia.[4]

[1] Translation: “What do you expect from the artists’ hand?”

[2] This idea was conceived during the Golden Age of Illustration.