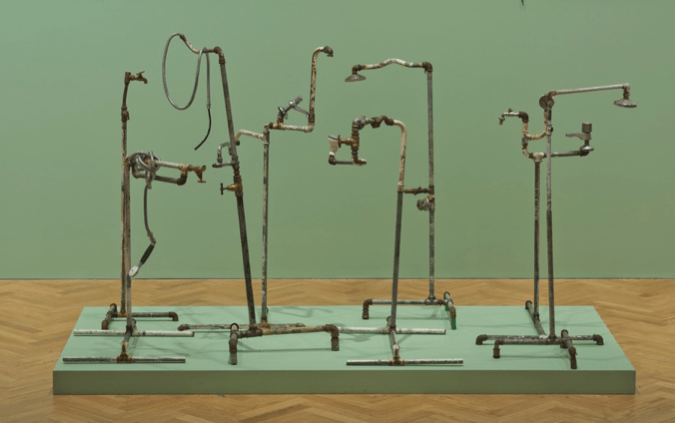 Yto Barrada’s practice is grounded in an investigation of Morocco’s culture and history, though it expands to encompass broader cultural phenomena and narratives. Trained in documentary photography, Barrada unpacks the parallax histories contained in both found and original photography, exploring hegemonic structure, subaltern histories, and the prevalence of fiction in institutionalized narratives.

Yto Barrada’s work on her hometown, Tangier, explores the political imbalances, existential desires and peripheral stories that shape the everyday life of the inhabitants of Morocco’s northernmost city. Her work attempts to problematize the commonly held narratives of the extreme that represent Tangier: an exotic stop on the tourists’ itinerary of Morocco, an existential waiting room for its permanent population and a port city 13 kilometers from Europe that serves as the jumping-off point for the hopes of migrants. Barrada contemplates Tangier’s sense of place and affect from the spaces and experiences that are overlooked by the outsiders’ vision of the city. 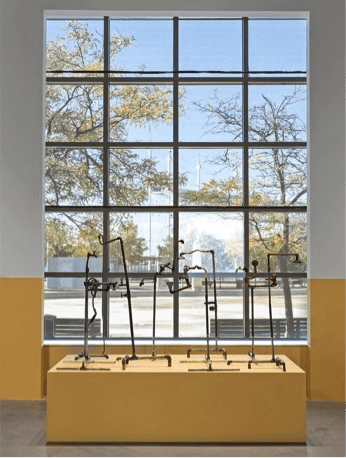 Photograph of Plumber Assemblage(2015) in The Power Plant, Toronto

In 2015, Barrada fabricated nineteen assemblages of plumbing equipment. Though abstract in form, Plumber Assemblage (2015) is a modeled after similar assemblages of plumbing equipment made by out-of-work plumbers that they present in Tangier’s Grand Socco Plaza as demonstrations of their technical aptitude and advertisements for their work. Barrada initially tried to buy a sculpture from one of these plumbers, but she was told to make her own. After collecting supplies and getting tips from these plumbers, Barrada did build a collection of her own assemblages, and even acquired one from a plumber through trade. In Plumber Assemblage (2015), Barrada explores the palpable culture of public sociality and entrepreneurial spirit of Tangier’s thoroughfares. The artist ascribes to these “ready-made” and reimagined sculptures a totemic status. Moreover, these public showcases of skill and experience align with Barrada’s longstanding interest in strategies of survival and resistance. For the artist, these vernacular forms of making and being betray an intimate and embodied knowledge of the city’s inner life.

Having studied history and political science at the Sorbonne in Paris, and then photography at the International Centre of Photography in New York, Barrada has incorporated the knowledge gained from these degrees in her work. In 2011, she was awarded Deutsche Bank Artist of the Year, which resulted in her solo exhibition “Riffs” touring extensively around the world. Barrada was featured in the Venice Biennale in 2007 and 2011. Her work is in the permanent collections of numerous public institutions including the Kunsthalle Basel; Musée National d’Art Moderne, Centre Georges Pompidou, Paris; Museo Tamayo Arte Contemporáneo Internacional, Mexico City; The Museum of Modern Art, New York; Museum Moderner Kunst Stiftung Ludwig Wien–MUMOK, Vienna; Solomon R. Guggenheim Museum, New York; Tate Modern, London; and Victoria and Albert Museum, London.