THE TIMEKEEPER OF THE ADRASTUS COLLECTION – INDEPENDENT COLLECTORS 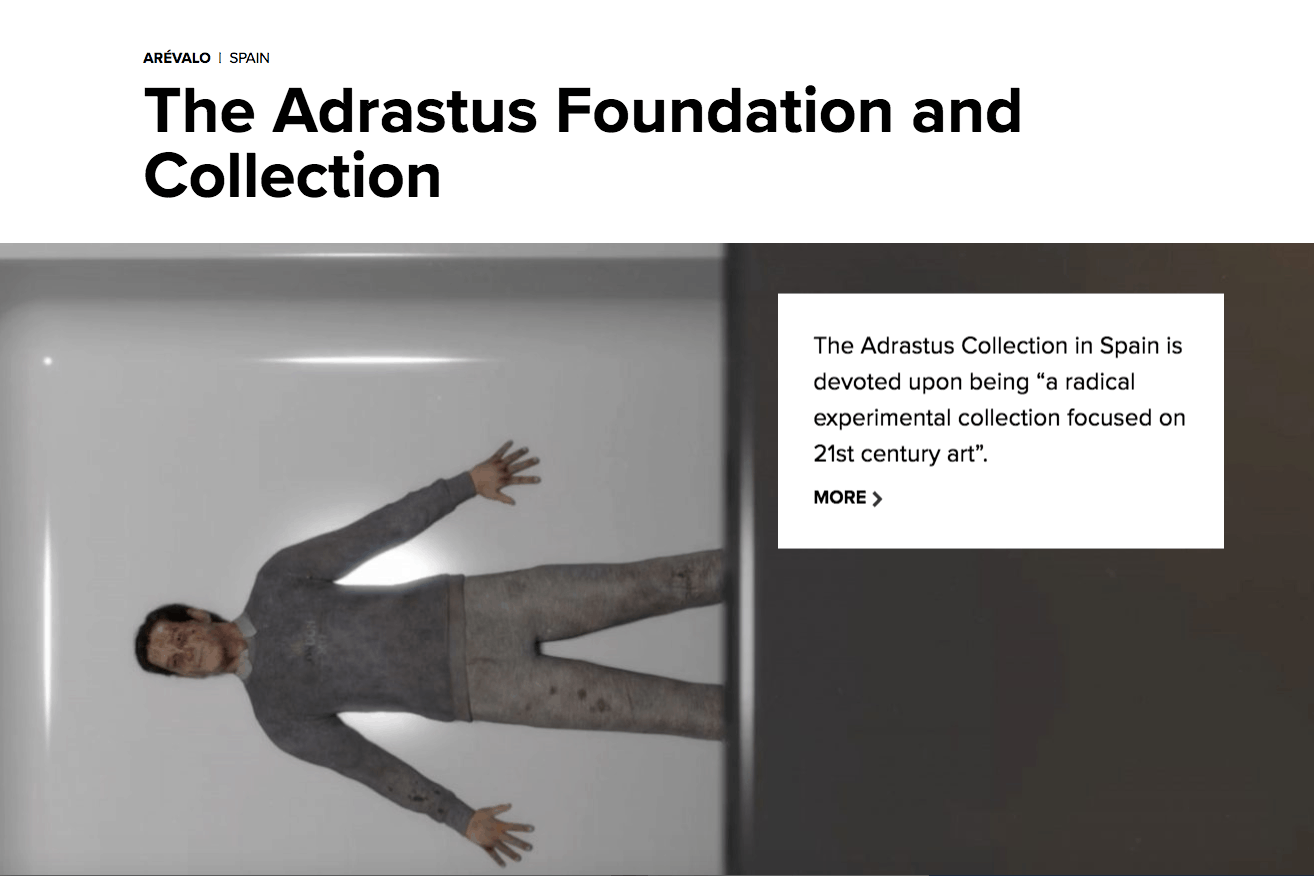 The Adrastus Collection, built since the 1990’s by Spanish investor Javier Lumbreras, became officially founded in 2000 together with his wife Lorena Pérez-Jácome. This was when a more precise, coherent and clear phase of redefinition began, where today it is devoted to being “a radical experimental collection focused on 21st century art”.

The Adrastus Collection’s genesis was conceived quite rationally – as a consequence of the pair’s deeply rooted general interest in art, whilst being detached to possession or self-affirmation. “We mainly decided to do so because we believe in the incalculable social and intellectual value derived of this activity. Collecting is not merely to accumulate products of a same class, but to complexly articulate these materials. Thus, to collect is to connect, to arrange. It is to structure a set of things in order to give them meaning and share the universal message along.”