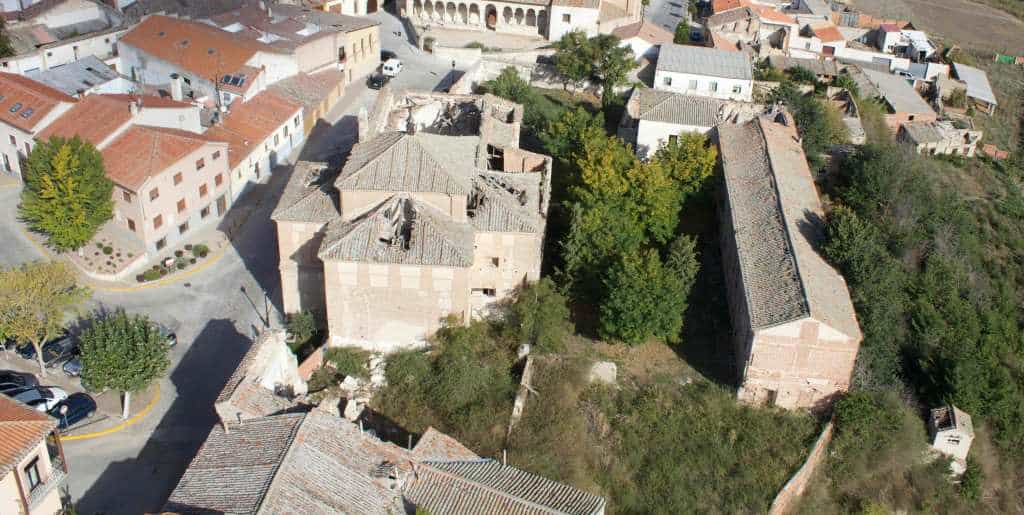 ABOUT THE ASSIGNMENT OF RIGHTS

On October 21st 2015, a resolution by the Honorable City Council of Arévalo was published, same which was initially passed during an ordinary plenary session held on October 2nd of this year. By way of such resolution, an assignment of rights is authorized to use certain lots of land and buildings pertaining to the former Jesuit College, as well as the courtyard to the San Nicolás Church, with the purpose that “Collegium” (hereinafter the “Museum”) be set in such location. The referred properties are situated in the Town of Arévalo, and are marked with the numbers 20 and 16 on San Ignacio de Loyola Street, respectively.

The above mentioned assignment is specifically of usage rights and is conditional as follows:

(i) The properties shall be intended for the establishment of the Museum.

(ii) The assignment of usage rights shall be for a period of thirty years from the date such assignment is formalized.

(iii) The Fundación Lumbreras-Colección Adrastus (hereinafter the “Foundation”) undertakes to cause the properties to be, within a period of 3 years, used for the establishment of the Museum.

(iv) The Foundation shall cover the conservation and maintenance costs of the Museum during the assignment period.

Originally from Ávila, Javier Lumbreras is a descendant of old families from his native city and Valladolid. While his family has had a strong hold in art collecting during eight generations, Javier has been a collector for 25 years. Motivated by compiling artworks that are worthy representatives of early XXI century art, he founded the Adrastus Collection in the year 2000. In 2004 and with Lorena Pérez-Jacome -Javier’s wife- joining the project, the social calling for the collection was revalidated. Javier and Lorena have undertaken the task of putting together a compilation that reflects the best artistic creations of the beginning of the XXIst century and underlines the diversity of artistic expressions in the era of globalization.

With an acquis in continuous search for expansion, the Adrastus Collection includes more than five hundred works by artists from over 25 countries in four continents, whom have already attracted the interest of international museum institutions such as MoMa, Reina Sofía, Tate Modern, LACMA, MOCA, Kunsthalle Zurich, Secession Austria or the Georges Pompidou.

ABOUT THE RELATION BETWEEN ARÉVALO AND ADRASTUS

The Adrastus Collection holds among its main objectives establishing a permanent seat in Spain, in particular within the Town of Arévalo, on the site known as the Jesuit College and San Nicolás Church, both presently in disuse and into a state of ruin. In spite of having fallen in abandonment, the Jesuit College remains a historical symbol of education, research and progress. This is the reason why the Foundation seeks to rescue the monument and transform it into a cultural center resting on the extraordinary past and character of the region. Merely altruistic in inspiration, the Foundation wishes to restore the historical buildings of Arévalo, recovering their intellectual and academic splendor without suffering modifications to their original layout. Any new architectural spaces shall be integrated in function to those in existence. Through the study of the original typologies, the new buildings will be articulated in harmony with the historical past. The Museum has an integrative purpose with social and economic benefits. The Foundation, together with the city, shall develop a program propelling the Town of Arévalo. The project fully and respectfully considers the municipality of Arévalo and its history, connecting the city, nature, scenery and local traditions with the experience of art. For Patrick Charpenel, curator of the Adrastus Collection, collecting art strengthens one’s identity by questioning previous knowledge. The Museum will offer more than 13,000 m2 of gallery space and include an auditorium, cafeteria, library and a wide program of cultural services. The Adrastus Collection seeks, in this way, to set the Town of Arévalo and the region of Castilla y León as references within the international contemporary art scene.

Founded in 1090, the Villa of Arévalo is located in the north of Ávila province, within the Autonomous Community of Castilla y León, at 827 meters of altitude. The name of the town has its origins in the celtic influence of the Iberian Peninsula. It comes from the word arevalon, which according to some authors, means “besides the wall or barrier”. Other authors consider that the name stands for “between rivers” or that it derives from arevaccei, term that designates the place farthest from the territory of the Vacceos. The first written testimony of the name is found in the XI century, in the form of Arevalorum, an already latinized name. Many are the illustrious characters that have been linked to the locality of Arévalo throughout history, prominent among which are queen Isabel of Portugal (1428-1496), queen Isabel of Castille (1451-1504) and Saint Ignacio of Loyola (1491-1558). Arévalo has been the stage for important historic events that give meaning and identity to the Spanish people. With the intention of highlighting the historical richness of the location and inspired to offer new perspectives through a place that has been crib and home to such influential figures –the ideas of whom before changed the world- we are hopeful that the project, which we now seek to gain authorization for, will motivate new exchanges and ideals for future generations.