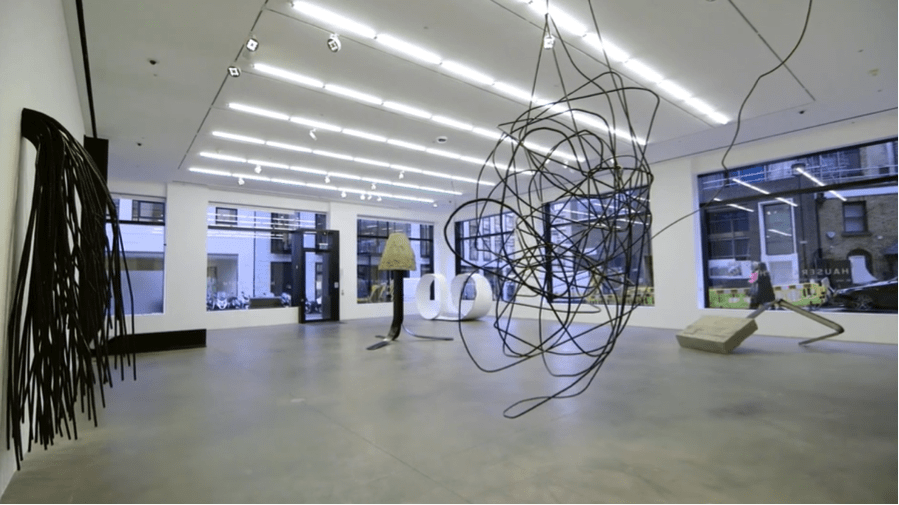 This exhibition features an entirely new body of work and is the artist’s inaugural exhibition in the gallery’s London space. Sosnowska has previously incorporated elements of modernist architecture and recognizable details including staircases, handrails and street furniture to create unexpected encounters with fragments that have an uncanny familiarity such as Adrastus Collection’s The deck (from “The fire escape”) and Handle. In recent times Sosnowska has further developed her dynamic approach to materiality in which architectural and sculptural elements are hewn together in disorienting new configurations. In this exhibition, however, Sosnowska subsumes the prefabricated components of seven sculptural works to draw the visitor’s attention precisely towards the materials, the alchemical transformations they have been subjected to, and the contextual departure they have undergone. Many of these new sculptures emerge from the fabric of the gallery space itself, bringing out an immersive experience for its viewers. 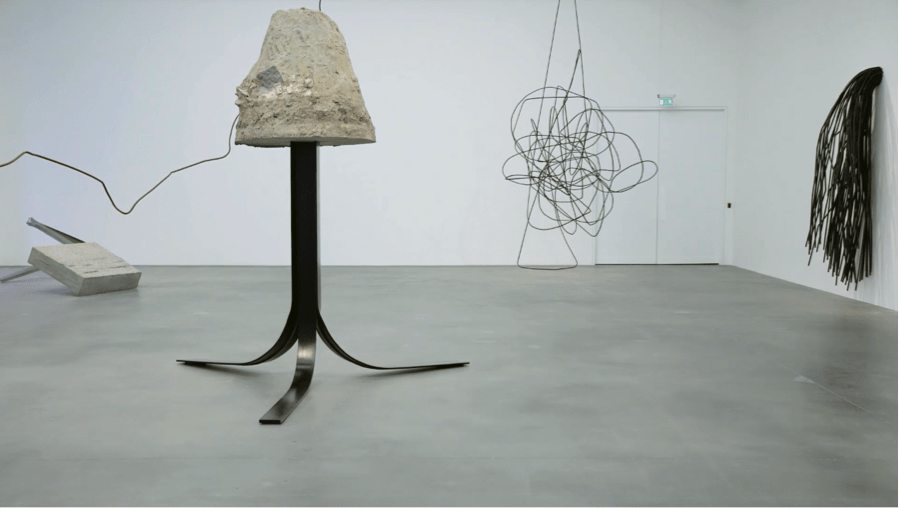 Sosnowska’s sculptural language emerges from a process of experimentation and the deft appropriation of core materials that are closely associated with construction. The use of these materials specifically shows how objects usually associated with support and rigidity can be manipulated to become independent. She subverts the durability of the materials used for lightness and pliability. Some of the sculptures emerge from the gallery walls, floor and ceilings in a manner that takes into account the viewer’s presence and movement throughout the gallery space.

Sosnowska’s interest in construction and architecture comes form her lived experience of the rapid transformation of her home town, Warsaw. By the 1960s, Warsaw’s urban environment was etched with a modernist architecture that was imbued with utopian aspirations as part of a desire to remould the city in line with a new socialist order following the devastation of World War Two. As political power shifted from Communist to Neo-Liberal governance in Poland in the late 1980s, as the artist was coming of age, this drive for architectural order had stalled. Buildings were razed and were quickly superseded by new developments as capitalism took hold. The resulting dialectic of the construction and destruction process, along with the potential of ruin and reversal, wrought on the very fabric of the urban environment, has had a lasting resonance for the artist. 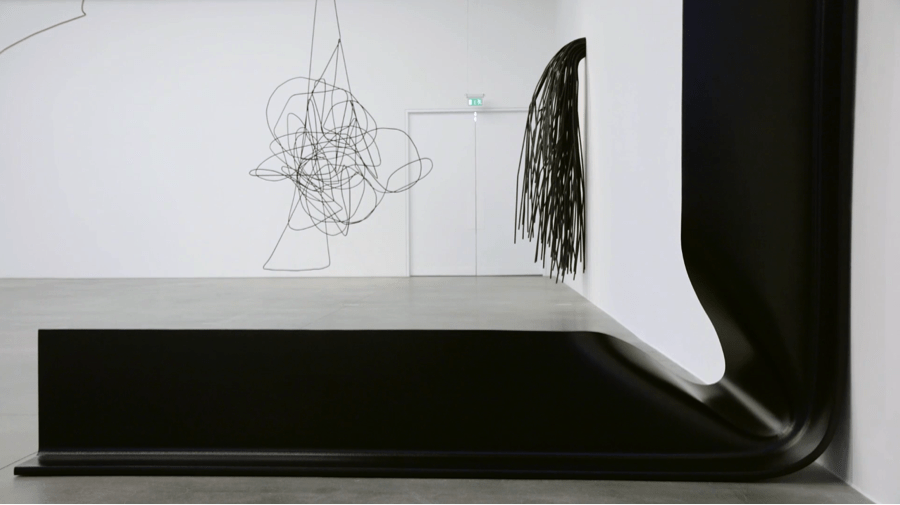