“Dark Cosmic Web”, Tomás Saraceno’s solo show at Pinksummer Goes to Rome, via del Vantaggio 17/A in Rome, looks like a gravity lens able to take us along the fibers of dark matter, at which intersection galaxies and worlds clutter. A billions light years wide spiderweb, which invisible filamentous density, assimilated by the artist to the silken web structure, constitutes the largest mass in our universe. 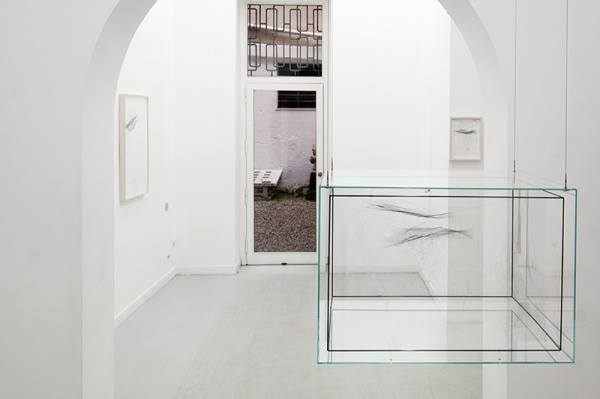