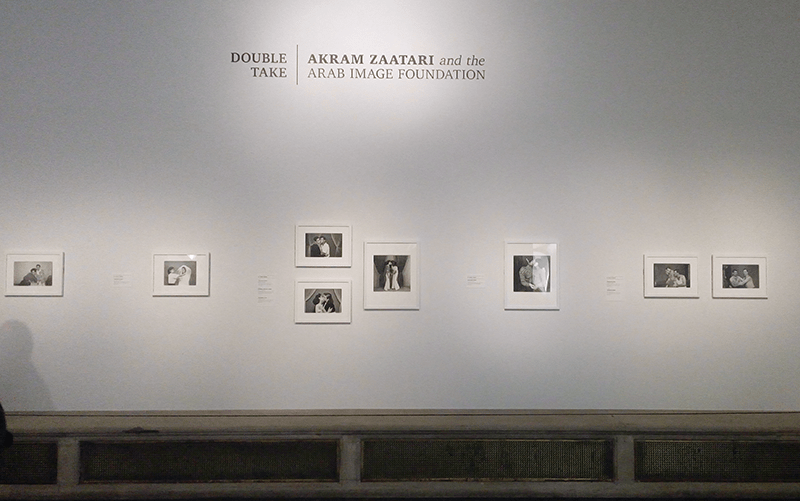 Photographs taken in a studio above a cinema in Lebanon and showing people of the same sex kissing or tenderly embracing have gone on display at the National Portrait Gallery in London. Adrastus Collection artist Akram Zaatari, currently presents a solo show titled Double Take: Akram Zaatari and the Arab Image Foundation, in which the artist displays a series of studio portraits taken by Madani in which two people of the same sex kiss or tenderly embrace.

These photographs were discovered in 1998 by the contemporary Lebanese artist Akram Zaatari and incorporated into the collection of the Arab Image Foundation, an organization co-founded by Zaatari to collect and study images from the Arab world. As part of an ongoing archeological project, Hashem el Madani: Studio Practices, Zaatari has selected images from Madani’s archive to put back into circulation today. Madani’s studio became a theatre for people to act out different identities. The poses may have been influenced by popular films, which were screened in the cinema underneath Studio Shehrazade, and the element of performance is reinforced by the studio backdrops and props. 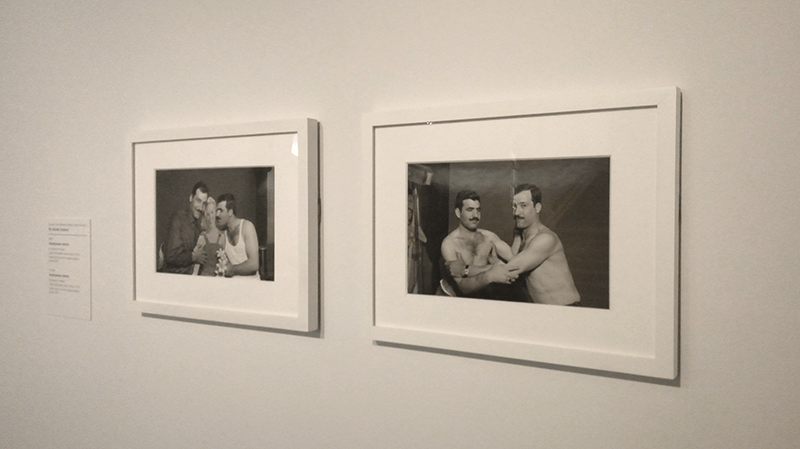 Dr Nicholas Cullinan, Director of the National Portrait Gallery, London, says: “Akram Zaatari’s project asks fascinating and very relevant questions about the representation of identity, tolerance and cultural understanding. Capturing moments of intimacy between people of the same sex, these tender but enigmatic images question assumptions just as much as they beguile in their simplicity and immediacy.”[1]

By returning to these historical documents, Zaatari explores the specific cultural and political histories contained within Madani’s portraits. Saida’s conservative culture in the 1950s and 1960s did not permit men and women to socialise outside marriage, and physical contact was strongly discouraged. Tactile gestures were rehearsed among members of the same sex, often friends or relatives, not necessarily couples. Madani recalls that “people were willing to play the kiss between two people of the same sex, but very rarely between a man and a woman”. He remembers this happening only once.

Sabina Jaskot-Gill, Curator of Double Take: Akram Zaatari and the Arab Image Foundation, and Associate Curator of Photographs, National Portrait Gallery, London, says: “Zaatari’s intervention raises questions about how we read – or misread – portraits when we look at them from a time and a distance far removed from their original moment of production. For Zaatari, these photographs have two authors and two dates, and tell two distinct stories to two different societies and audiences.”[2] 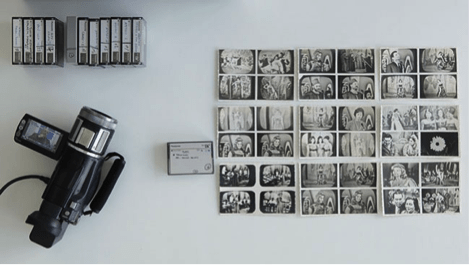 Double Take: Akram Zaatari and the Arab Image Foundation forms part of a year-long programme of special displays and events, entitled “I am me,” at the National Portrait Gallery exploring sexuality, gender, art and identity.

Akram Zaatari is a filmmaker, photographer and curator. In 1997, he co-founded the Arab Image Foundation with photographers Fouad Elkoury, Walid Raad, and Samer Mohdad. His work was selected to represent Lebanon at the 2013 Venice Biennale by Sam Bardaouil and Till Fellrath, curators for the Lebanese Pavilion.